Ammonia is a big problem for pollution and climate change. But teaching a cow to use the 'MooLoo' could change that. 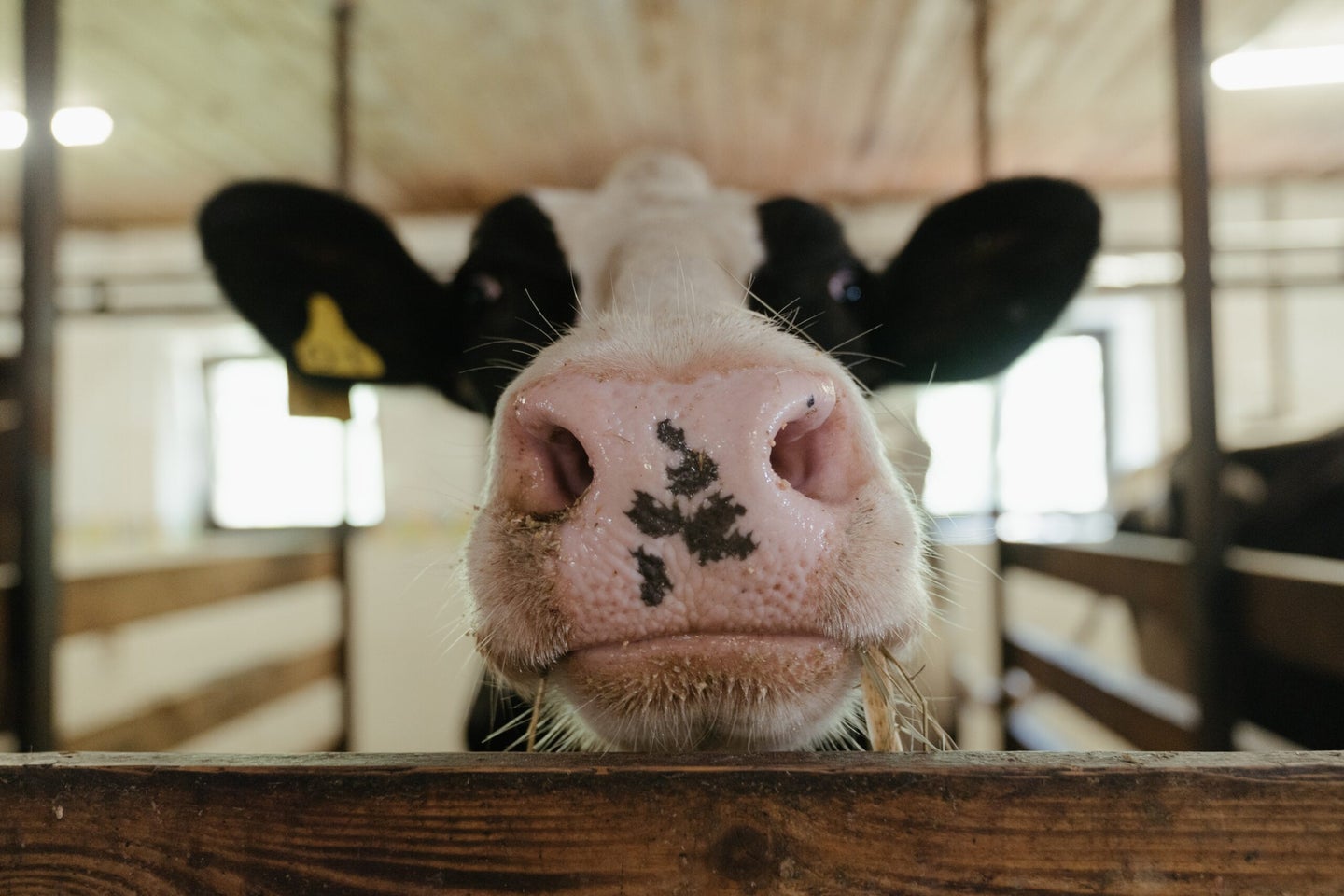 Cows are about as good at potty training as young kids. cottonbro from Pexels
SHARE

You can potty train your kids and even, with some effort, your cats. As it turns out, there might be a barnyard animal that is even better at using the toilet than tots and kittens—and the impact that might have on the environment could be huge.

A new study in Cell found that young calves can be successfully trained to poop and pee in designated areas. And the researchers think if expanded on a broader scale, this practice could have a big impact on controlling ammonia waste—one of agriculture’s dirtiest greenhouse gas and pollution problems.

“It’s usually assumed that cattle are not capable of controlling defecation or urination,” co-author Jan Langbein, an animal psychologist at the Research Institute for Farm Animal Biology (FBN) in Germany said in a release. “Cattle, like many other animals…are quite clever and they can learn a lot. Why shouldn’t they be able to learn how to use a toilet?”

For the study, scientists took 16 calves and coached them to use a cow “toilet,” or a fenced-in area with artificial turf. Rewards for properly using the restroom could mean a snack of barley or electrolyte powder, and relieving themselves outside led to an unpleasant noise or uncomfortable splash of water.

Over the course of around 10 training days, the researchers found that  11 of the wee cows successfully picked up what the authors dubbed as “MooLoo” training, using the bathroom in their fake-grass stalls instead of the grass outside, which isn’t so far off from the level of potty performance accomplished by young children.

As cute as it sounds to potty train tiny farm animals, it actually serves a pretty significant environmental purpose as well. While much of the research on the environmental impacts of cattle focus on their methane-filled farts and burps, less is said about their ammonia-filled pee and poop. Ammonia in and of itself isn’t an environmental problem, but when the chemical mixes in with the soil that cows trod upon every day, microbes in the dirt whip it up into nitrous oxide—a compound that made up seven percent of all US greenhouse gas (GHG) emissions from human activity and is nearly 300 times more potent than the usual GHG suspect carbon dioxide. The vast majority of ammonia emissions can be traced back to agriculture.

[Related: Here’s the actual impact of cutting down on red meat (and everything else).]

Not to mention, ammonia can acidify the soil and pollute the waterways that it leaks into, as well as contributing to air pollution. According to CNN, one farmed cow can produce 66 to 88 pounds of feces and 8 gallons of urine every single day—and getting that waste under control could have a big impact. The study authors estimate that capturing 80 percent of cattle urine in a MooLoo-like set-up, that could cut ammonia emissions by 56 percent (and make for a much cleaner environment for cattle to wander around).

There’s obviously still much to be learned about how to potty-train cows, how feasible it is on a large scale, and how much it will impact the environment. Until then, if you’re concerned about your cattle-induced greenhouse gas emissions, swapping out cow milk, cheese, and meat for plant-based alternatives is a decent place to start.