For the booze business, going green is a matter of survival

Sustainable rum? I’ll drink to that! 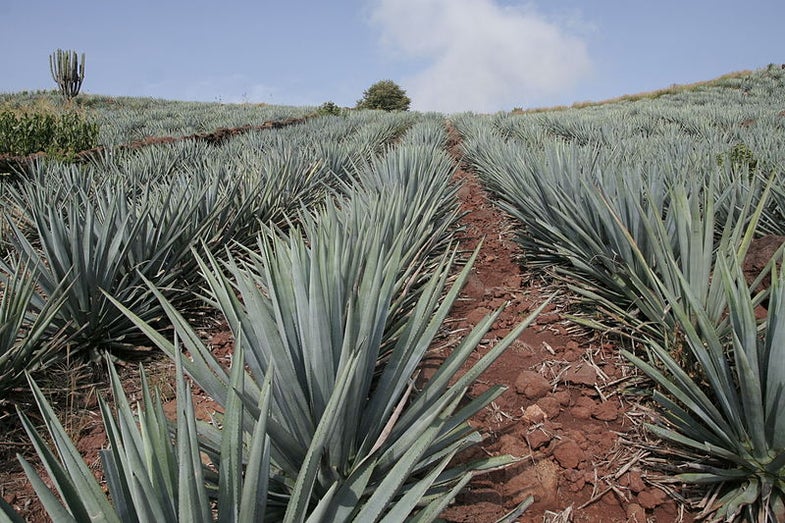 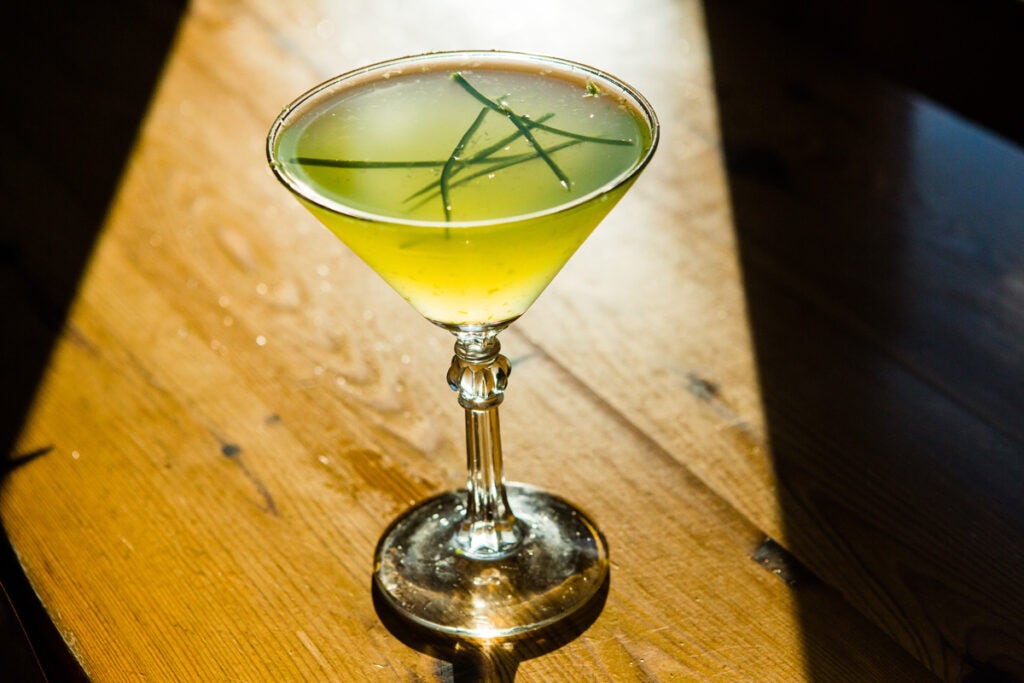 Going green is essential for spirits to survive.

When Serrallés’s family members first started distilling Don Q Rum on the island of Puerto Rico, they weren’t specifically motivated by a love of spirits. Rather, they were looking to make use of the enormous waste created by their primary business—sugar.

“When you make sugar, your main byproduct is molasses,” Serrallés says. From the 16th to the 20th century, sugar cane farms engulfed Puerto Rico. Before economic factors shifted sugar production to Brazil, India, and other nations, farmers on the island would harvest the sugarcane and strip its leaves. Instead of treating that excess foliage like trash, some extracted juice from the leaves and heated it to create a rich syrup. “And that became our raw material for making rum,” Serrallés says.

In recent years, alcohol producers have begun to take a hard look at the sustainability of their practice. Technological innovation isn’t easy or cheap. But in an industry that’s dependent on healthy ecosystems for good ingredients, turning a blind eye to wasteful practices, unsustainable agriculture, and the effects of climate change on crops isn’t an option.

“For every bottle [of rum], there are probably 10 other bottles of waste,” Serrallés says. That may sound like an odd take on an old song (“99 Bottles of Beer,” anyone?) but it’s a fact that clearly keeps the rum maker up at night. “Our distillery produces around 400,000 gallons of wastewater every day,” he continues. “It’s just one distillery!”

That’s why Serrallés decided he had to get educated and change the game. In 2004, he returned from the University of Oregon with a Ph.D. in environmental science. In the decade since, he says Don Q Rum has invested $17 million in improving its sustainability practices.

Currently, Serrallés is working toward his goal of an entirely closed-loop distilling process, as he illustrates in an interactive sustainability chart on the Don Q website. Wastewater woes start the moment technicians feed the fermented molasses into the distillery drum. They push steam through the system, which moves the precious alcohol onto the next stage of the process, but leaves behind a puddle of nutrient-rich wastewater. Those organic sediments are liable to suck the oxygen out of any stream, lake, or ocean patch they settle in, depriving fish of essential gases, so dumping the water is banned by environmental laws. Fortunately, Don Q has got a good clean-up guy.

In Serrallés’s system, workers run the wastewater through an anaerobic digester full of hungry bacteria, which eat the organic material in the water. Once those critters have consumed most of the nutrients, workers then pour the wastewater through a clarifier, which divides solids from liquids. Solids make fertilizer and the liquids take two more trips through the filtering process before returning to the irrigation system that hydrates the sugarcane fields.

Though the system is one of the most advanced in the industry, it’s far from perfect. “Sustainability’s not a destination,” Serrallés says. “I’ll tell you right now… we have a lot of issues.” For example, the chemical process is causing the digesters to corrode. Greenhouse gases are always trying to escape, despite his best efforts to create a closed-loop system that reuses the energy. And sometimes, Serallés says, his anaerobic bacteria “go on strike.” “It’s not a pleasant feeling,” he says of failures like these. “I’m trying to fix this problem, but I have created this other problem.”

Across the Atlantic, Cristina Mariani-May and her team are grappling with similar issues. In 1978, her father, John Mariani, founded Castello Banfi, a wine estate in Italy’s Tuscany region. Great-tasting wine was the first thing on his mind, but sustainability, the family lore goes, was a close second. “We were able to [set up the estate] in a way that didn’t inherit a lot of mistakes,” Mariani-May says. “[In Italy,] people were like, ‘This is what we do here, my son.’ And my father said, you know what, why don’t I just forget all that?”

From the beginning, the family has set aside one third of their 7,000-acre estate for grape-free growth. Instead of vines, they plant forests or plum trees or wheat fields, which ensures healthy soils and ecological diversity on site. Like Don Q, they create their own compost, which they return to the soil. In recent years, they’ve also implemented irrigation techniques that use less water. But, Mariani-May says, climate change is catching up with them.

“Global warming is real in agriculture in the sense that we’re getting inconsistent vintages,” she says. In wine, a “vintage” is a bottle that was made with grapes that were grown and harvested in a single year. “Because of the drought and the health conditions, we’re finding the alcohol and the tannins in the grapes are rising rapidly,” she says. As a result, the “taste profile” of the wine is easily thrown out of whack. Too much alcohol, for example, will overwhelm other flavors, while too many tannins could make the wine too dry or bitter.

To combat this growing problem, Banfi wines has looked to a seemingly sci-fi source: clones. For centuries, vintners—that’s the technical term for someone who makes wine—have bred vines for certain qualities like taste, smell, or affinity for certain soil types. Since the 1980s, Banfi has collaborated with experts at the University of Milan to grow grapes for Sangiovese red wine that are both tasty and well-acclimated to that famed Tuscan sun. According to Mariani-May, this type of selection will be increasingly important as the climate continues to change.

Of course, refining grape clones takes years, so the Banfi estate is employing more instantly gratifying procedures, too. They started trellising their grapes differently, to provide a bigger canopy to the sun-sensitive fruit. And they’re developing a fermentation process that can accommodate more delicate grapes. “When you talk with the winemakers, the technical challenges they face year in, year out—it’s astronomical,” Mariani-May says. “From the agricultural standpoint, it’s [only] getting more challenging.”

One thing all beverage brands have in common is a problem with power. Whether it’s distilling molasses into rum or agave juice into tequila, the refining process takes a lot of energy. One estimate suggests that 3 to 8 percent of the cost of a beer is from the energy alone and other beverages have similarly steep energy costs. No one knows this reality better than Antonio Rodriguez, the director of production for Patrón tequila.

Patrón is produced from the maguey, or blue agave plant, which the company’s farmers grow on arid lands in the Mexican state of Jalisco. For many years, Rodriguez says, the distillery ran on heavy oil, which was brought in by truck and burned in the heart of the factory. But the company decided to build a natural gas pipeline that runs directly into its facility, which emits less greenhouse gas than oil. “By the emissions, it’s the cleanest energy we can get,” Rodriguez says.

Talking to sustainability advocates in the alcohol industry, it’s clear producers are in a unique—and uniquely frustrating—situation. On the one hand, the importance of taste over everything else means manufacturers have an incentive to use the most natural materials and processes available. There’s no additive or distillation trick that can make up for blighted sugarcane, burnt grapes, or pest-ridden agave.

On the other hand, new technology is expensive to acquire and hard to integrate into the existing facilities, which are often based on manufacturing techniques that are decades or—even centuries—old. While Don Q has invested $17 million in its sustainability practices over the last decade, Serallés says they’ve made very little of that back. They can sell the carbon created by fermentation to soda producers for a few cents. And they recycle some of the energy the anaerobic bacteria generate as they digest waste in water, but it’s a small fraction of what the distillery needs to operate. Patrón’s pipeline, meanwhile, has saved the company big on oil delivery fees, but they don’t directly profit from their own wastewater or composting efforts.

For now, the select producers who invest in sustainability do it out of a sense of duty—to the land, their community, and their brand’s history. “My father said, ‘what’s good for the world is good for the wine world,’” Mariani-May explains. “He stood by that. It’s timeless.” But they do it out of a sense of foreboding, too. Many of their decisions are preparation for the environmental and regulatory changes that are yet to come. “Eventually, [other rum makers] will have to do the investments I have done,” Serallés says. “We just got ahead of the game.”