How to brew worm tea

For fertilizer, not drinking. 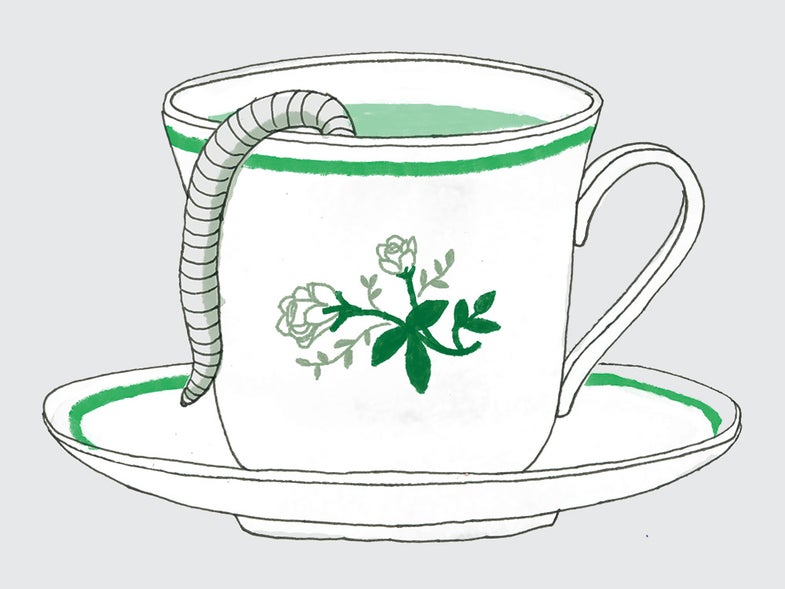 I’ve been running my own worm business for 40 years. My farm’s specialty is the red worm, which multiplies quickly—at any given time, we probably have 10 million to 15 million. They stay in clumps, so if you stick your hand in the soil where they grow, you can grab 100 or so at once.

Raising crawlers is hard work. You’re unbelievably dirty. The mud and slime gets into your house, under your nails—just everywhere. The invertebrates grow in this muck, in 55-gallon drums cut lengthwise and laid on their sides. When they get old enough, these hermaphrodites mate and produce golden-colored cocoons, from which three to ten babies emerge. After three months, we sell the new worms.

I’ve seen trends come and go. My customers used to be fishermen who wanted bait. I still grow night crawlers for them, but in the past 20 years, I’ve sold mostly to organic farmers, who use worms for composting. In a heap, these wigglers stay in the top 3 inches of dirt, eating waste such as grass, bananas, or leftover potatoes. They leave behind castings (a fancy word for “feces”) filled with potassium and nitrogen, which are good for plant health.

One thing my customers do with the castings is make worm tea. This isn’t the stuff you drink; it’s an organic liquid fertilizer that also works as an insecticide. Collect 2 to 3 pounds of castings (or buy them from us). Next, pack them in a porous cloth, such as a burlap bag or even a pillowcase, to make a jumbo tea bag. Then dunk the bag in 2 to 3 gallons of lukewarm water, and soak it overnight. Finally, squeeze the bag; you just brewed your own worm tea. Gardeners spray it on plants or pour it at the base of the stem.

Just don’t try drinking it yourself. Worm tea is delicious for plants, not for you.