If we don’t want to run out of water, we should look to the sun

Next generation solar technology could drive down the cost of scrubbing salt from seawater. 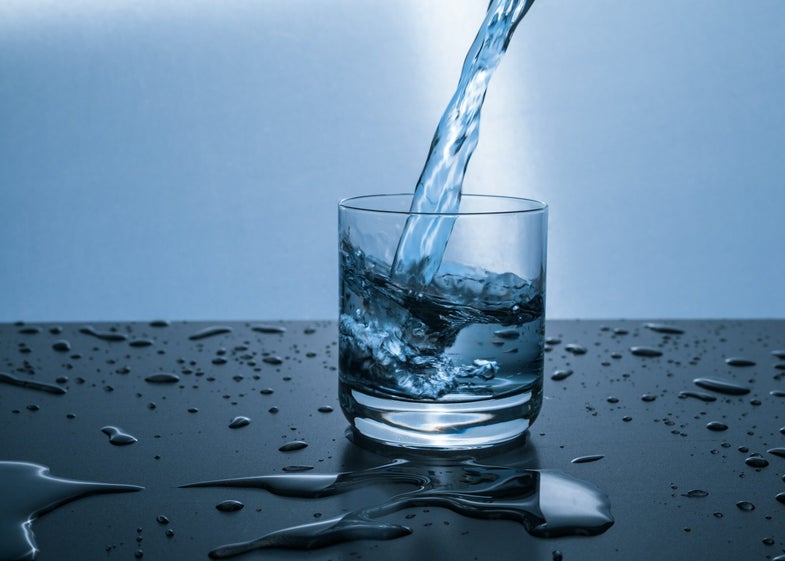 A winter of exceptionally meager snowfall has revived California’s water woes. Snowpack typically supplies the state with much of its water during the spring and summer, but this year, snow is in short supply, spurring Gov. Jerry Brown to instate permanent conservation measures. Thanks to climate change, the problem is only going to get worse, leaving officials worried about the future of water in the Golden State. Huntington Beach, a seaside Southern California city, is taking the long view, investing in a new desalination plant that will turn seawater into clean, drinkable H20. While the plant’s supporters say it’s necessary to guard against worsening water shortages, critics say the plant is a waste of ratepayer money, urging officials to manage water more efficiently instead. As temperatures rise and droughts worsen, this conflict is likely to play out in more and more coastal cities.

Central to this fight is the fact that desalination plants require a tremendous amount of energy, making them extremely costly to run. If that energy comes from burning fossil fuels, it will only make climate change worse. The Department of Energy (DOE) is looking to avoid this problem by funding research aimed at dramatically reducing the cost of using solar power to get the salt out of seawater.

Most desalination plants, including the one under construction in Huntington Beach, run seawater through a membrane that filters out salt, a process known as reverse osmosis, that uses a lot of power, which makes it rather costly. Avi Shultz, acting program manager for the Solar Energy Technologies Office at the Department of Energy, explains that, while reverse osmosis is state of the art for desalination, “it’s still not your first choice for generating freshwater, because it is expensive,” Reverse osmosis produces freshwater at a cost of about $1.50 per cubic meter, “which is really a little bit too expensive for it to be widely used,” he says. In the United States, the cost of water averages a little more than $0.50 per cubic meter, though it varies from place to place.

Another method of desalination is thermal distillation. Boil seawater and the steam condenses as freshwater, leaving salt and other minerals behind. Unfortunately, this approach is even more expensive than reverse osmosis. It would take a tremendous amount of energy to boil enough water to supply a city, so for now Shultz says there are no thermal desalination plants anywhere in the United States.

If scientists can develop a cheap source of heat, it could make thermal desalination cheaper than reverse osmosis and possibly as cheap as water from a well or reservoir. With this goal in mind, the Department of Energy (DOE) is putting $21 million toward 14 projects aimed at cutting the cost of using solar energy to power thermal desalination.

Typically, when we think of solar power, we think of photovoltaic solar power — the black panels adorning rooftops, calculators, and wristwatches that use sunlight to generate electricity. This initiative focuses on solar thermal power, which uses sunlight to generate heat, which can be used to boil water. Solar thermal desalination plants have several advantages :  they require no fuel, generate no air pollution, and needn’t be connected to the power grid.

Solar thermal desalination isn’t a particularly new or remarkable idea. Any enterprising fifth-grader can purify seawater with sunlight using parts found around the house. People have been doing it for centuries. The difference is that now experts want to do it cheaply and at scale. At a large-scale solar thermal desalination plant, parabolic mirrors reflect the sun’s light onto a tube filled with molten salt, or another fluid. The molten salt absorbs heat from sunlight and transfers it to the underside of the boiling chamber, which is used to distill seawater.

The DOE is trying to drive down the cost of solar thermal desalination by funding projects that will make each part of the process cheaper. First, they looked at initiatives that would reduce the total energy needed. Shultz points to a project at the University of North Dakota aimed at purifying briny water from oil and gas wells. “If you actually take water with a lot of salt dissolved into it, heat it up and pressurize it, you can actually get water to go into what’s called a supercritical state. This is a state of matter that’s a little bit like a gas, a little bit like a liquid,” Shultz says. When water goes supercritical, “all of the salt just falls right out of it.” Increasing pressure means you don’t need as to generate as much heat to get rid of the salt.

Second, the DOE funded projects to lower the cost of collecting and storing heat from the sun. California-based startup Sunvapor, for example, is developing a material that can store heat gathered from parabolic mirrors. “If you have a large enough storage tank, you can have solar energy 24 hours a day,” Shultz says. Sunvapor is working with Horizon Nut to test the material, using stored heat to dry and roast pistachios.

Third, the DOE is funding research to make the whole system work better. Shultz points to a DOE-supported project at the Natural Energy Laboratory of Hawaii Authority that makes use of both solar thermal energy and osmosis, in this case forward osmosis. Saltwater goes on one side of the membrane and a “draw” solution goes on the other. Water molecules cross from the saltwater side to the draw solution side. Raising the temperature of the now-diluted draw solution with solar heat, Shultz says, “spontaneously causes the impurity that you have specifically put in the draw solution to separate out from the freshwater.”

Notably, high costs aren’t the only barrier to the widespread deployment of desalination plants. Another is the environmental impact. Seaside desalination plants ingest eggs, plankton and other small sea creatures in their intake pipes and expel extra briny saltwater back into the ocean, wreaking havoc on local marine life. Opponents of the Huntington Beach desalination plant have repeatedly cited these risks.

Someday soon, however, desalination may be needed to supply freshwater to arid regions. Israel already draws more than half of its water from desalination plants. Faced with an ongoing water crisis, Cape Town, South Africa has also embraced desalination. Now, California is doing the same. Necessity being the mother of invention, the DOE is trying to make desalination cheaper and cleaner. Next-generation solar thermal technology could be a game changer.