With the right training materials, many types of projects can be appropriate for citizen scientists. 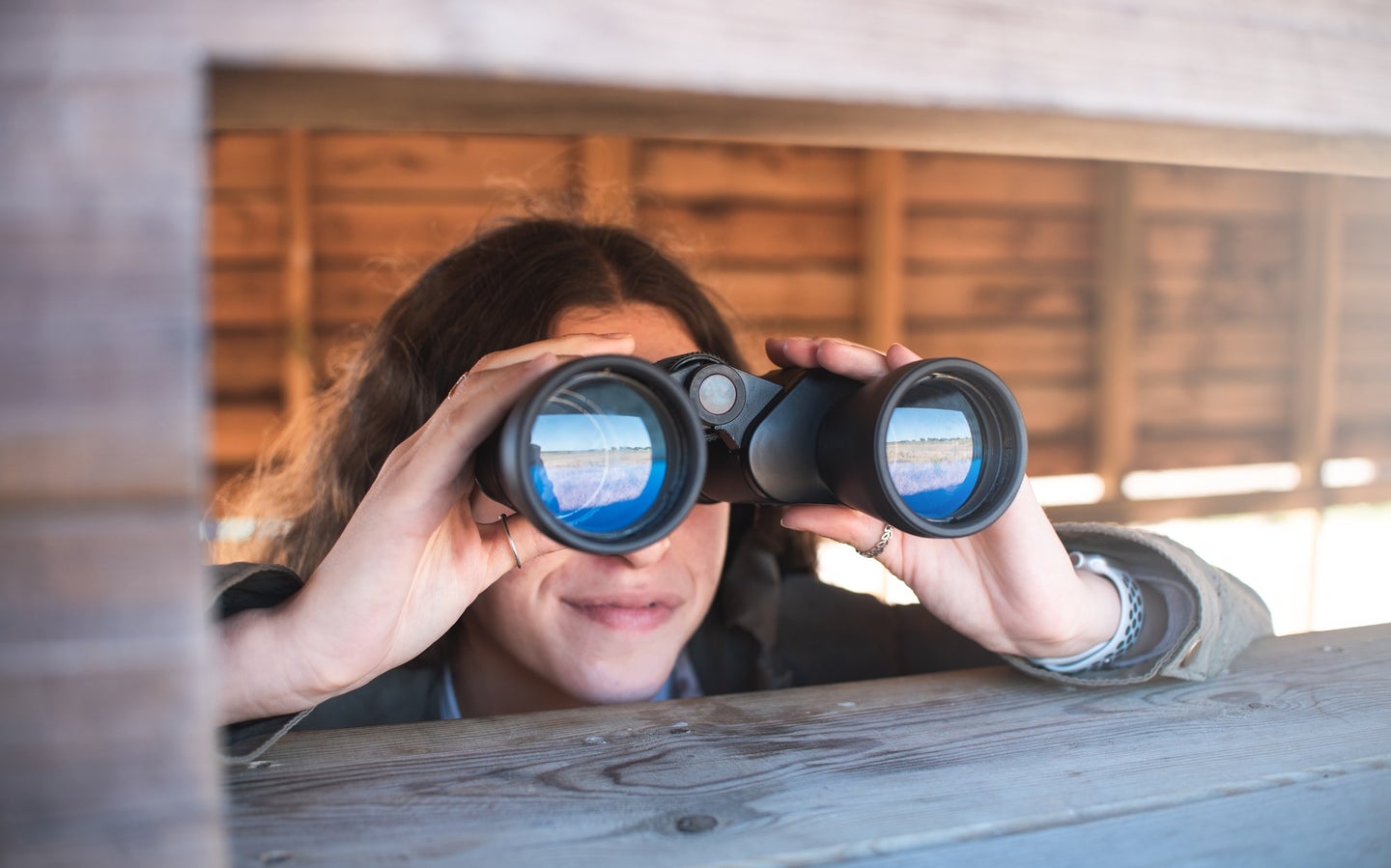 Back in 2015, environmental researcher Helen Bailey and some colleagues were testing underwater microphones in the Patuxent River, a tributary of the Chesapeake Bay. The equipment would make its grand debut listening for dolphins, whales and porpoises out on the larger body of water to understand their local movements. But over the next year of testing, the team noticed something.

“We were getting very frequent dolphin detections right there in the Patuxent River,” says Bailey, a research professor at the University of Maryland Center for Environmental Science. “Now, it was known that bottlenose dolphins can occur in the Chesapeake Bay, but it was thought that they were just very occasional visitors to the bay.” Yet their recordings showed that the dolphins were passing through the area much more often than expected.

Bailey quickly realized that their short-range hydrophones were too high-priced to justify covering the entire bay, the largest estuary in North America, in dolphin noise detectors. That led her to found the center’s Chesapeake DolphinWatch project, which encourages people along the bay’s coastline to log dolphin sightings to better understand the movements of the aquatic mammals.

Citizen science projects seem to be ubiquitous nowadays, with plenty of groups promoting data collection projects as a way for communities to get involved in their work. But when does it make sense for researchers to turn to the public for scientific support—and when should we let the pros handle it?

Scientists often want to understand patterns and trends across a wide expanse, but they can’t be everywhere all at once. For example, since 2019 the 5 Gyres Institutehas collected information about the brands that created the most commonly found littered packaging in cities across the U.S. through their TrashBlitz campaign.

But the nonprofit doesn’t have trained scientists identifying and quantifying the waste that appears in our streets and waterways. Instead, hundreds of volunteers have already signed up this year to input data from waste found in US National Parks and federal lands (the focus of this year’s TrashBlitz) into a research platform, which the organization then uses to compile an annual brand audit and analysis.

“Where citizen science really shines is when you need to collect data at scale, either very intensive or extensive monitoring,” says Lisa Erdle, research and innovation director at The 5 Gyres Institute. Volunteers can cover ground and make recorded sightings without the need for scores of scientists.

“By having all of those volunteers collecting data on items and brands, you can have a large enough sample size and identify brands [that are massive litter contributors] to inform local policies like local bans, material redesign, or improved waste management,” she says.

[Related: Open data is a blessing for science—but it comes with its own curses]

Citizen science is also quite affordable compared to other scientific monitoring methods. Buying enough hydrophones to cover the Chesapeake Bay—plus accounting for future equipment replacement costs and personnel salaries—would have likely cost roughly $250,000 a year, Bailey estimates. Building and maintaining a smartphone app is a fraction of the cost and still quite effective, she says.

With the right training materials, many types of projects can be appropriate for citizen scientists, says Erin Posthumus of the USA National Phenology Network at the University of Arizona. For example, between 3,000 and 4,000 volunteers help the center track seasonal events in plants and animals in relation to the climate and other non-biological factors.

However, there’s often an urban bias in where records are taken, or at least a trend toward major population areas, she adds.

“It does give us a way to see how urban areas impact phenology, which is really interesting as a research topic,” Posthumus says, using the example of how urban heat islands and extra light sources impact city-dwelling flora and fauna. “But yes, it is limiting, we don’t have as much data from outside of those areas.”

Thinking of getting involved yourself? Just do an internet search for terms like “volunteer data collection” “citizen science” or “volunteer scientist” along with key words about the topics you’re interested in (such as plastic pollution, wildlife, plant conservation, etc.) and the location you’ll want to be in. Or reach out to your local universities and nonprofits; nearly infinite opportunities might present themselves once your friendly neighborhood researchers know you want to relieve some of their burden.

When to leave the science to the pros

While there are certainly plenty of projects that can utilize citizen science, there are many which really require specific training and knowledge that only specialized scientists have.

“When I was a scientist, I did projects in Antarctica, where I collected seawater [species] like bacteria, plankton and measured the impact of sunlight on these surface creatures,” explains Jarah Meador, the open innovation and technology transformation services director of programs including citizenscience.gov, a U.S. General Services Administration initiative. “I invited schoolchildren to be participant observers of the work that I did, but would they have been great partners for counting bacteria in a microscope? Probably not.”

Meador also adds that there was work she, as a trained scientist, wasn’t allowed to do in Antarctica because of potential liabilities, like rappelling down the sides of glacial cravasses to collect ice samples. It goes without saying that citizen scientists should also leave tricky labor to the super-specialized experts.

[Related: This app turns your phone into a space weather forecasting tool]

Another issue with using a network of citizen scientists is consistency. Nonprofessionals are collecting data in what is typically their spare moments, so they likely aren’t tracking the same places at the same time for data. When it comes to recording data, like observing when a migratory bird species returns to a specific area, timing and location is everything for professional scientists.

“I think one of the main limitations with citizen science is it’s not designed for standardized sampling,” says Posthumus. “It’s very opportunistic in the way that the information is collected, you kind of rely on people that are interested, that want to take the time to collect the information and you can’t really pick and choose where [or when] that happens.

Even if a project isn’t fully suited for citizen scientists to participate in, there’s usually something “beneficial” that interested community members can do to help at some step of the way, explains Meador. The easiest way would be to donate to science, be it through academic institutions or nonprofits. A little bit of financial support can go a long way when it comes to bolstering the scientific community.