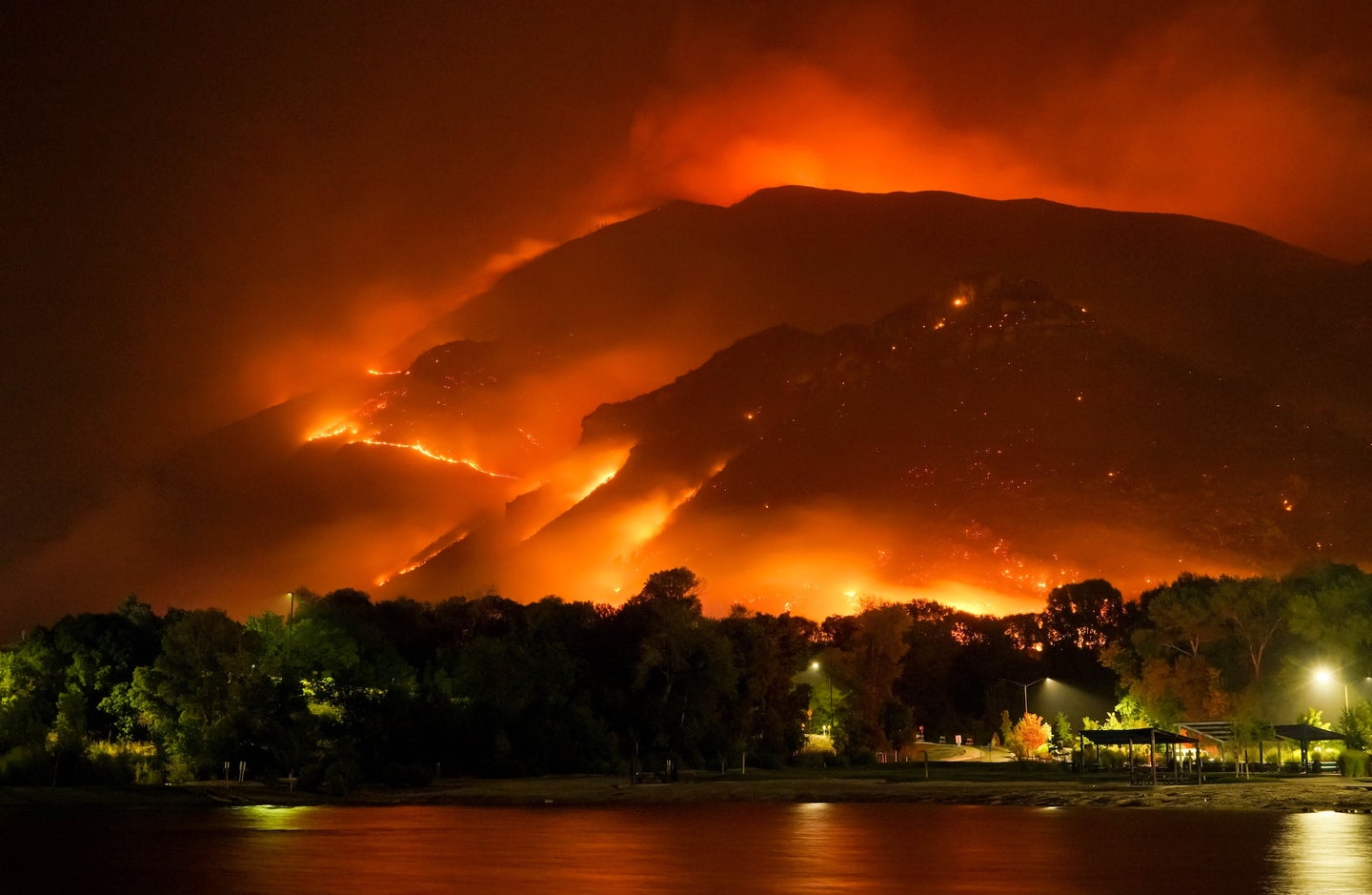 The new Climate Mapping for Resilience and Adaptation tool is as useful as it is prophetic. Mike Newbry/Unsplash
SHARE

Last week, the Biden Administration announced a new, massive geospatial data project aimed at keeping Americans informed and up-to-date on the now near-constant ecological issues facing the country. Developed through an interagency collaborative effort working under the US Global Change Research Program and funded by the Department of Interior and National Oceanic and Atmospheric Administration, the Climate Mapping for Resilience and Adaptation (CMRA) “provides a live dashboard to help communities see extreme weather and other hazards from climate change they are facing, while also providing maps projecting how each community could be impacted in the future,” according to an official White House press statement.

It’s an impressive toolset that could certainly help the public prepare for an increasingly volatile, costly, and dangerous climate, and includes stark visualizations of our current situation. There are also resources and data for community organizations, local, state, Federal, and Tribal governments to aid in planning, as well as links to grant funding made available for various projects through the Bipartisan Infrastructure Law.

[Related: America’s infrastructure is a crisis of inequity.]

According to the US Climate Resilience Toolkit’s glossary, it refers to “the capacity of a community, business, or natural environment to prevent, withstand, respond to, and recover from a disruption.” While the Toolkit was first launched in 2014 and the phrase itself has roots as far back as the 1960s and 1970s, climate resilience has largely been relegated to ecological and academic discussions over the years. But with nearly a third of Americans currently residing in designated drought-stricken areas, 40 million people living under active inland or coastal flood alerts, and 300 registered wildfires across the nation, society’s attention is quickly shifting towards how to endure these emergencies. As such, expect to begin seeing more and more discussions surrounding climate resilience in the coming months and years.

The original concept of climate resilience began as a theory that ecological systems constantly tried to maintain a certain, stable equilibrium, and would potentially introduce negative feedback systems if necessary to combat deviations. This once prevalent belief gradually lost favor among experts, but its underpinnings would soon go on to influence social scientists, anthropologists, and critical theorists. Today, the term “climate resiliency” frequently refers to both ecosystems and societal abilities to withstand, adapt, and respond to environmental crises. Examples of human climate resilience strategies include building and retroactively updating structures to withstand increased weather-related stress, anticipating and planning for future public health issues, as well as constructing new housing developments according to modernized, green federal building codes.

The good news is that it’s clear at least some federal officials recognize this, and are producing immensely valuable tools like the CMRA to mitigate future disasters. The bad news is it’s yet another confirmation that we as a society have already passed a point of no return when it comes to staving off dramatic, longterm climate chaos.”[E]ven if we aggressively cut emissions—and we must—the early impacts of climate change are already here,” the Union of Concerned Scientists wrote in a report earlier this year. “They grow more severe every year, and because carbon pollution doesn’t just disappear—it remains in the atmosphere for decades—climate impacts are here for the long run.”

The chance that we as a species could completely avoid this new and uncertain era has long since passed. For decades, corporations, politicians, and public deniers convinced many people that eco-collapse was an overblown issue or outright hoax. That lie is now nearly impossible to maintain as island nations face literal extinction, countries like Pakistan endure historic monsoons, and “doomsday” ice shelfs teeter on the brink of collapse. We’ve heard about climate change, sustainability, and prevention methods for years—climate resilience is another subject entirely.

Now that the government is vocalizing climate resilience education and policy, it’s easy to envision corporations and businesses that once downplayed reality’s severity latching onto the “new” phrase via greenwashing. But a vital component of climate resiliency will be seeing through these kinds of campaigns and focusing on what we really need to survive and strengthen our communities—tools like the Climate Mapping for Resilience and Adaptation project and similar endeavors.