Are ‘water positive’ pledges from tech companies just a new kind of greenwashing?

In response to historic droughts, Google and Facebook say they want to use less water at their data centers 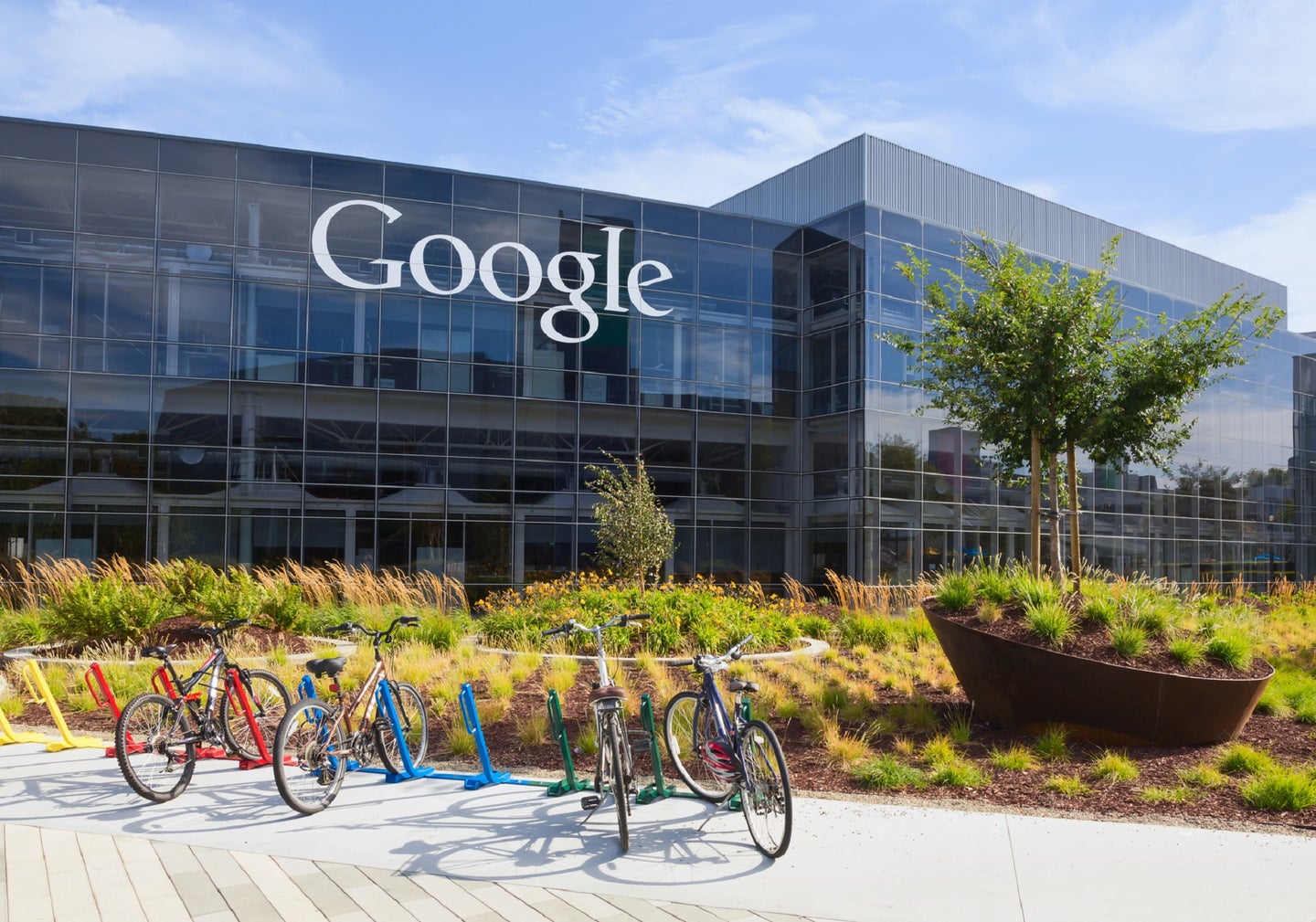 Between their global offices and massive data centers, tech companies like Google use up a lot of water. Now, they're saying they want to change that. maglara/Deposit Photos
SHARE

Corporate America is making a new kind of climate pledge. In recent months, multiple tech giants have pledged to use their reach and resources to join the fight for water conservation. Facebook made an announcement at the end of August declaring their efforts to “be water positive by 2030.” And just this week, Google made a similar announcement to make its data centers more efficient and support water security in the communities it operates in.

Google, Facebook, and several other companies have promised to put more water back into the environment than they pipe in—an exchange they call “water positive.” This means they plan to cut the amount of water needed to run their facilities, while protecting natural waterways and preserving access to clean drinking water in drought-prone areas. The math is based on the number of gallons they want to restore, not newly produced H2O. Both Facebook and Google have also promised to share their conservation research and tech with others.

Their timing makes a lot of sense. Many Western states are experiencing water shortages this year. Last month, officials announced a water shortage for the massive Lake Mead reservoir after a 22-year-long drought in the region. Federal officials soon followed with unprecedented water cuts for about 40 million people who rely on the Colorado River, which feeds Lake Mead.

Water stress is also a global issue—more than a billion people worldwide lack steady access to clean water, according to the World Wildlife Fund. While this is often due to infrastructure issues, climate change has also changed precipitation patterns, causing more droughts and floods that affect vulnerable communities.

Given the current state of the planet, it’s only fitting that corporations like Facebook and Google change how they use up water and other vital resources, says Pamela Chasek, a professor and chair of the political science department of Manhattan College, who has also commented on past corporate climate pledges.

“Tech companies use a lot of energy and water for their data centers,” she explains. “We can’t deal with climate change and water scarcity without the contributions from the corporate sector.”

A 2020 report by Data Center Knowledge found that Google operates more than 20 data centers around the world. Facebook, meanwhile, has seven data centers in the US. The social media company has also announced that it will open more data centers this year.

“The typical data center uses about 3-5 million gallons of water per day—the same amount of water as a city of 30,000-50,000 people,” Venkatesh Uddameri, professor and director of the Water Resources Center at Texas Tech University told NBC News earlier this year. Much of it is used to chill the giant servers, machine learning systems, and other hardware the companies run around the clock.

Both Facebook and Google say they’re testing out ways to cut down the water used to cool these data centers. “For example, we deployed technology that uses reclaimed wastewater to cool our data center in Douglas County, Georgia,” Google Sustainability Officer Kate Brandt writes in an email to PopSci. “At our office campuses in the San Francisco Bay Area, we worked with ecologists and landscape architects to develop an ecological design strategy and habitat guidelines to improve the resiliency of landscapes and nearby watershed health.”

In its pledge post, Facebook noted that it uses “onsite recycled water systems” at some global offices. The company also stated that it’s developed technology that enables “data centers to be cooled with outside air,” allowing them “to operate 80 percent more water efficiently on average compared to the industry standard.”

For the other end of the “water positive” equation, both companies say they’ve sought out local partners to meet their new water sustainability goals. Google writes that it’s “working with the Colorado River Indian Tribes project to reduce the amount of water that is withdrawn from Lake Mead reservoir on the Colorado River in Nevada and Arizona.” Meanwhile, Facebook points out that it’s providing funding “to the Rio Grande Water Fund to restore the connection between the stressed Cedro Creek and its historic floodplain.”

Water usage has long been a concern as large tech offices and data centers compete with area residents (people and wildlife) over limited water supplies in drought-prone areas. The friction has only intensified in recent years. In 2017, multiple South Carolina-based conservation groups criticized Google for its plans to draw more than a million gallons of water per day from the depleted Goose Creek watershed. The corporation ultimately struck a deal to draw 5 million gallons per day from another aquifer.

When asked if the water pledges felt like greenwashing, Chasek says it’ll depend on how Facebook and Google are held accountable and how transparent both companies are when implementing the actions behind their promises.

“One of the interesting things with the Facebook project is that they’re working with NGOs and other organizations in terms of partnerships,” she explains. “These partnerships can determine where best to do water-restoration work, [which] is one piece of that accountability. How are they investing in these water restoration projects … particularly like in the western US where we’re seeing the highest amount of water stress? Those projects need to see a lot of scrutiny.”

[Related: What companies really mean when they say they’re ‘net-zero’]

Jim Murphy, an assistant professor and the environmental advocacy clinic director at the Vermont Law School, agrees that major tech companies should be held accountable for their sustainability claims by outside organizations or even governmental agencies. But he argues that while it makes sense for powerful industries to help with water management, policy is the best way to manage responsible use of natural resources, especially in communities hard hit by climate change.

“The problem with private companies, even if they’re publicly owned … is they have certain obligations to their shareholders,” he says. “These are not accountable entities or entities that are created [through] public interest.”

That kind of decoupling is especially important as fossil fuel companies like BP, which helped to exacerbate climate change through greenhouse gas emissions, launch “water positive” campaigns of their own.

“Making sure that we properly protect the entire watershed from pollution and destruction is paramount,” Murphy continues. “The Biden administration has taken some steps in this direction, and they really need to continue that through.”