Why the aftershocks from Haiti’s earthquake could be incredibly destructive

It’s hard to overstate the severity of the unfolding crisis. 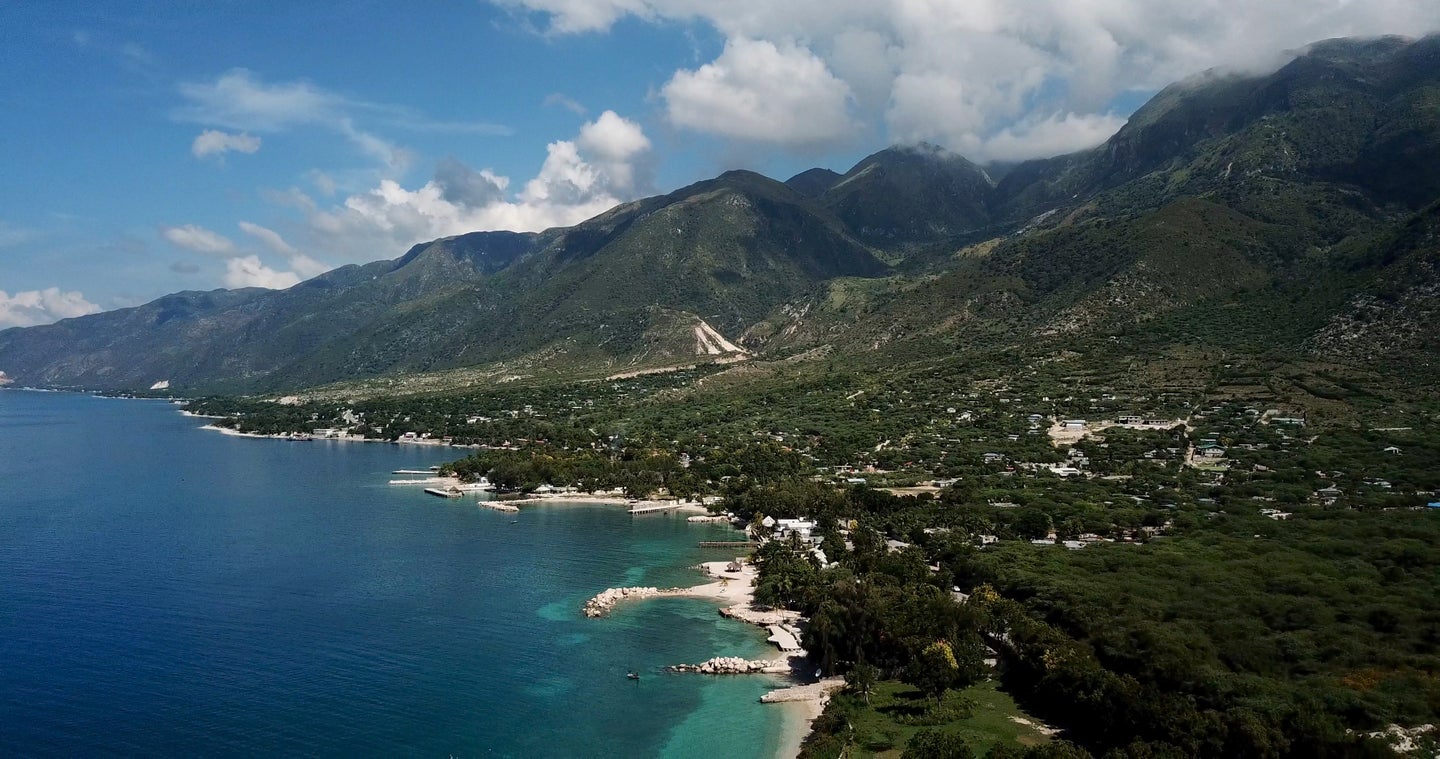 Haiti is in a precarious situation. Zach Vessels
SHARE

On Saturday morning, a magnitude 7.2 earthquake rocked southwest Haiti, killing thousands, destroying homes, and leaving the country’s infrastructure—already shaken by other disasters—in dire circumstances. In the days that have followed, more aftershocks, including a magnitude 5.8 quake Sunday, have shaken the region.

And the disaster could be quickly magnified. Tropical Depression Grace, the year’s seventh named storm in another intense hurricane season, made landfall on the earthquake zone, and is forecasted to drop about 10 inches of rain. The deluge could lead to mudslides, and may force people to take shelter in already damaged homes.

“I’m very concerned that people are going to be driven into structures because of the storm,” says Nicholas van der Elst, a seismologist with the USGS who forecasts aftershocks. “So there’s going to be more vulnerability as people reoccupy damaged structures during aftershocks.”

Haiti is also among the world’s least-vaccinated countries. Only 0.2 shots have been delivered per 100 residents, compared to the United States’ 107 (each person needs, on average, more than one dose). In the US, emergency managers have struggled for a year and a half to balance disaster response with COVID mitigations, but they’ve done it with significantly more resources. And a World Health Organization epidemiologist assisting the Haitian government died in the quake, the WHO’s director general announced today.

This week’s earthquake was more powerful than the quake that hit Port-au-Prince in January 2010, killing over 200,000 and leaving millions homeless. While this week’s quake hit a less-densely populated area west of the capitol, it was about twice as intense and shallower, leading to more powerful shaking on the surface.

Haiti is on the border of the North American and Caribbean plates, and the entire country sits over a spider web of faults that stretches west to Jamaica. In spite of that risk, the country has had very little capacity to map fault zones.

In 2010, the quake was initially thought to stem from a crack called the Enriquillo fault. But a reconstruction of aftershocks from later that year showed that it was actually the product of a slip in the Léogâne fault, which had never been mapped before the earthquake. And the movement actually increased tension on surrounding rock, including the unreleased Enriquillo fault, leaving the entire system like a field of geological dominos.

“It will happen [again],” Steeve Symithe, then studying to become one of Haiti’s first seismologists, told an American Geophysical Union conference in 2012.

[Related: When should we issue earthquake warnings? It’s complicated.]

That process is akin to what’s driving the aftershocks under Haiti currently. Earthquakes occur when a tight spot in a plate boundary moves suddenly, releasing a huge amount of tension. But faults are often surrounded by other unstable rock. As the rest of the fault adjusts, it can set off more earthquakes.

Aftershock forecasters like van der Elst can’t yet work out the causes of the quake in that kind of detail. “That’s something we do in the months after the earthquake: how has the stress changed on the actual fault,” he says. “When we do the forecasting, we’re just basing it on what’s happened in past sequences, in similar environments.”

“We do understand what causes aftershocks,” he says. “It’s just you would need such a clear picture of the initial state to understand how they would respond. And that’s really hard, because the faults are deep, and they’re obscured by rocks.”

USGS hasn’t produced an official aftershock forecast for Haiti yet. But van der Elst says that, based on past experience, “we’re looking at a 20 percent chance of having a magnitude six earthquake in the next month.” Smaller earthquakes may continue for a year.

And though the chances of severe aftershocks—even one as large as the original quake—will decrease over time, they won’t disappear entirely. “The chance of an earthquake is going down,” van der Elst says. “But the chance that any given earthquake could be large doesn’t go down.”

Van der Elst compares the process to “a rubber band being shot into a field of dominos. You just don’t know if those other faults are going to be primed to go.”

Communicating the danger is a delicate balance, van der Elst says, particularly because there’s so little concrete advice that will help people on the ground. “Our goal is to reassure people that what’s happening is understood, and is normal, while not giving them a false sense of security. But also not leading to people giving up in the face of constant stresses. People are feeling aftershocks constantly right now.”