Ancient architecture might be key to creating climate-resilient buildings

Vernacular architecture is a way to use a region's heritage and resources to build strong homes and cities. 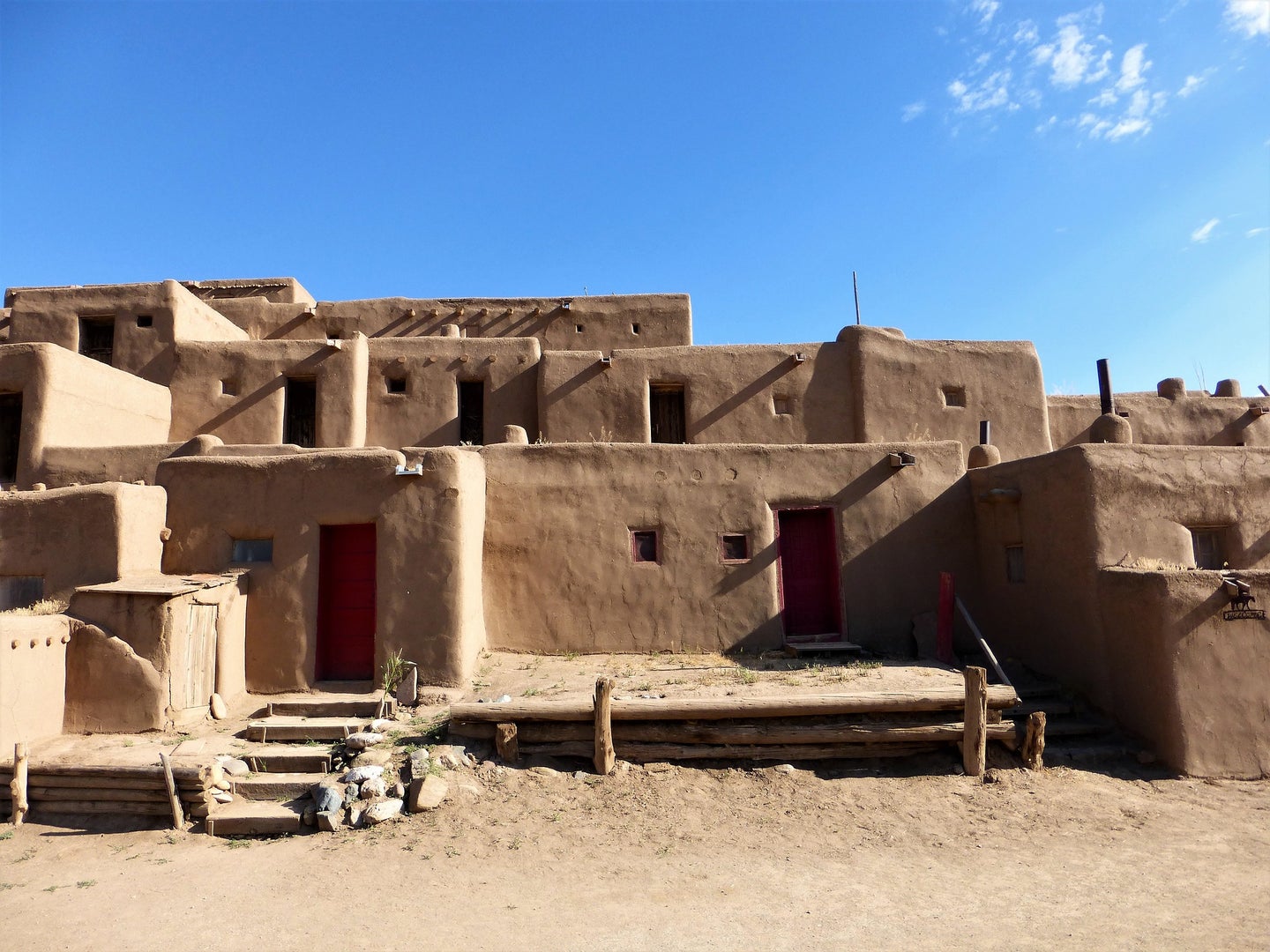 Pueblo architecture of Mexico and the Southwestern US can handle hot weather naturally without racking up giant energy bills. RENE RAUSCHENBERGER from Pixabay
SHARE

The United States has braved a year of multiple billion dollar weather disasters throughout 2021. There have been record-breaking heat waves, a winter storm that shut down cities across Texas, multiple hurricanes, record-breaking wildfires, tornadoes and hail storms. All of which have damaged public and private property and harmed people across the country.

Part of preparing for even more extreme weather to come as a result of the climate crisis, is investing in resilient infrastructure–something the current administration has already proposed. While building infrastructure may sound like a feat fit for futuristic technology, around the world climate-proofing has been happening already for centuries in the form of vernacular architecture. This form of architecture is defined by the use of traditional materials native to that particular region.

According to a report in Oxford Urbanists, there is a possibility of a resurgence of vernacular architecture. Otherwise known as traditional, cultural design methods unique to a particular region, vernacular architecture is an alternative to the “international style” of Eurocentric homes that took off globally after the first world war. Throughout the 20th century, “identical skyscrapers, airports, malls and gas stations became icons of modern cities,” the report points out. However, those structures are not always made with climate change in mind, and don’t rely on locally sourced materials or local cultural knowledge. Those homes were not made for the entire world’s diverse array of weather events like hurricanes, wildfires and tornadoes. Drawing on vernacular architecture could be a way of making our cities more resilient to an ever-changing climate.

[Related: How to build a house that stays cool without AC.]

A well-known example of cultural and regional identity through vernacular architecture is Pueblo architecture. The permanent, attached homes modeled after the cliff dwellings built by the Ancestral Pueblo (Anasazi) culture first appeared around the year 1150 AD continue to be used by Pueblo peoples today. A common revival of the style called Santa Fe style, a mix of Pueblo architecture and Spanish colonial architecture, can be found in southwestern states like Arizona and New Mexico. Pueblo inspired homes that used dried mud often constructed with locally sourced materials. The thick mud walls are great insulation for both extreme heat and are made to protect residents from especially hot days and from cool desert nights.

Across similarly sweltering Southern US states, vernacular architecture in the form of shotgun houses feature high ceilings for heat to rise up to, doors that are aligned to improve circulation into the home without costly AC bills.

In some of the most heat-impacted places on the planet, vernacular architecture is already being used worldwide in response to climate issues. Architects and designers are not just turning to local materials, they’re turning to historical design to work around energy needs. Traditional Arabian techniques like mashrabiya have been incorporated into iconic modern buildings in Abu Dhabi, a city in one of the most heat-threatened countries in the world.  Architects in Morocco, which is especially vulnerable to climate change, have incorporated vernacular design, like large north-facing windows and smaller south-facing windows to bring in natural light while maximizing air flow for natural cooling and ventilation in public buildings like schools.

“We wanted to retrieve a sense of heritage, but in a modern way,” Moroccan architect Driss Kettani told CNN. “We tried to use the same (energy-efficient) solutions found in the small earthen towns in the south of Morocco.”

These techniques can be used anywhere, even areas of the world with less-obvious climate impacts. Chris Lawson, the managing director at UK-based design firm CK Architectural says that the firm has worked in the Cotswolds area, which is filled with towns that can source their own building materials. Woods used in the homes can come from local trees that are already adapted for the English weather, which makes them an ideal building material. Builders are able to excavate the local limestone they need to build homes, a climate-friendly alternative to materials that often have to be transported from elsewhere and weren’t built to withstand the local weather.

“It was incredibly strong, easy to find, a solid insulator from the Great British weather, and environmentally friendly due to no transportation requirements too,” he explains. “This can be done across the whole world too.”