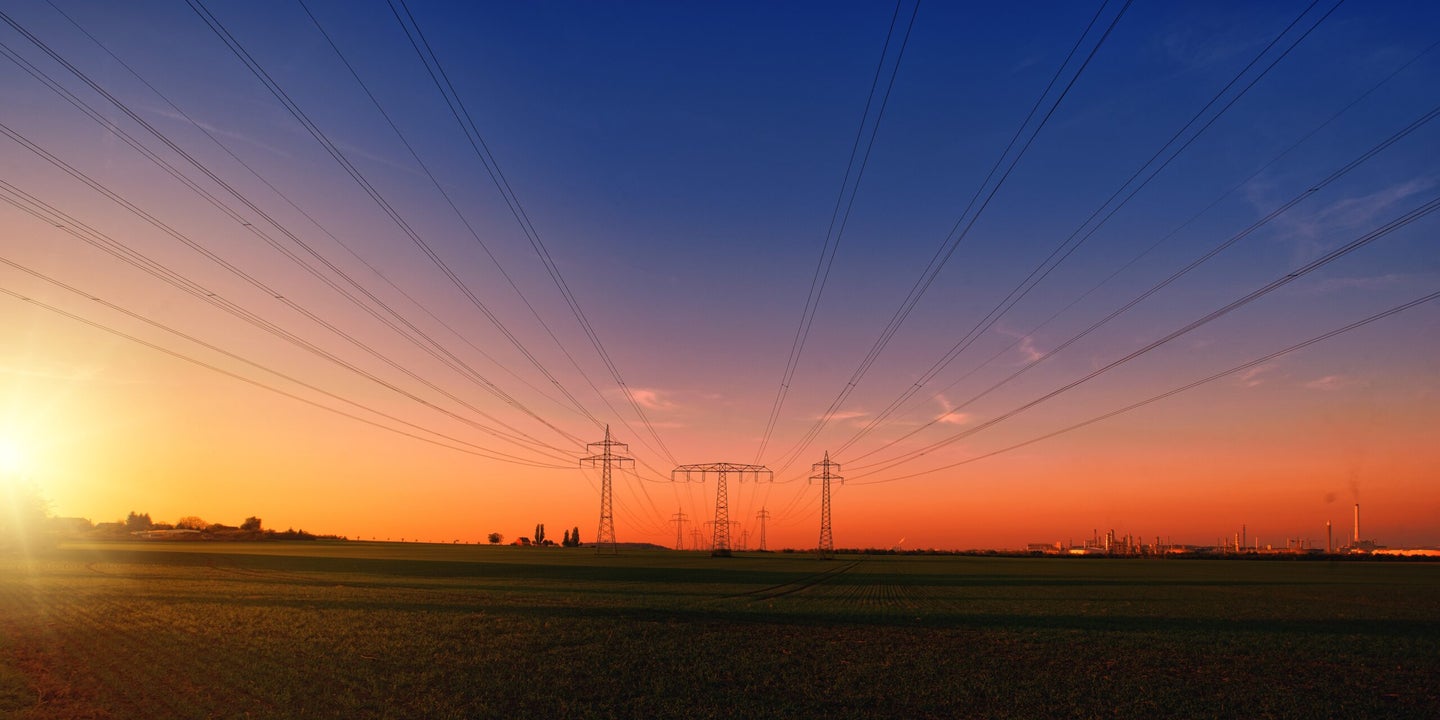 A week after Hurricane Ida made landfall in Louisiana, more than a million homes and businesses in the region remain without power. 150 mile-per-hour winds knocked out all eight transmission lines delivering power to the city, along with two power plants—one of which opened just last year with the explicit promise of preventing blackouts. While Ida was a terrifyingly powerful storm, it’s just the latest in a string of events from this year alone that show extreme weather is the new normal. An unprecedented winter freeze in Texas this past February killed hundreds and left millions more without power, while summer heat waves in the Pacific Northwest melted power cables and triggered rolling blackouts.

These events expose a stark reality: the American power grid is unprepared for climate change and the extreme weather that follows. Experts say power outages don’t have to be inevitable—though preventing them entirely may require re-imagining how the grid works.

Today, the act of getting electricity to your house is fairly straightforward: a power plant generates electricity, that electricity is sent across long distances through high-voltage transmission lines to substations and transformers, which convert the high-voltage electricity to a lower voltage (usually 120 volts in the US), which is then carried by distribution lines to homes and businesses. The energy industry calls this setup the “spoke and hub” design, loosely modeled after how bicycle wheels send pedal power from the centers of their spoked wheels out to the rims.

In normal circumstances this system works pretty well, but extreme weather tends to expose the many points of vulnerability in the grid. Hurricane-force winds can knock down distribution poles or slap transmission lines into each other, causing them to spark and start fires. Flooding can drown substations, and extreme cold can freeze the wells and pipes that deliver fuel to natural-gas power plants (which is what happened in Texas earlier this year). A failure at any part of the grid can create a power outage, and the closer to the source a problem is—a downed transmission line or a power plant out of commission, for example—the larger and longer the power outage tends to be. The distribution poles you might see on your street are designed to be fixed quickly and only affect small areas; power plants serve millions of people and are more complex, but they’re supposed to rarely fail.

Climate change muddies the reliability equation. “We’ve got a built environment that for the most part didn’t anticipate the weather and the flooding and the rain,” says Mike Jacobs, a senior energy analyst at the Union of Concerned Scientists. Nobody was thinking about climate change when design standards for energy infrastructure were created, he explains. “So a bunch of our assumptions about what was adequate to build are probably not up to date for what we’re seeing with climate change now, let alone thirty or forty years from now.”

As Popular Science wrote last year, age is one of the biggest problems affecting the country’s existing power infrastructure. Pieces of the grid installed with a forty- or fifty-year life expectancy have gone long past their expiration date without being replaced (some pieces of equipment date back to the 1920s), and they’re beginning to show their age. “Things work hand in hand as far as power outages are concerned,” says Richard Campbell, an energy policy specialist at the Library of Congress. “Some damage is due to the increased intensity of storms, but part of the damage may be due to the advanced age of the infrastructure.”

Maintenance isn’t necessarily the most exciting topic, but it’s a key component to making sure existing grid infrastructure doesn’t fail during emergencies. It also provides an opportunity to install gear that’s not just newer but better. Instead of simply replacing one wooden power pole with another, Campbell says, replacement power poles can be made out of stronger materials like concrete or steel that will do a better job standing up to storms. When substations need to be updated, they can be built a few floors up so they don’t flood. New transmission lines can be outfitted with a special coating so they don’t spark or melt when they get blown into each other.

One of the most weather-proof solutions is to put wires underground, where they’ll be shielded from the effects of extreme weather. “Singapore has a mostly underground transmission system,” says John Moura, Director of Reliability Assessment and Performance Analysis at the North American Electric Reliability Corporation. “They have some of the highest transmission reliability statistics across the world.”

But North America’s geology varies wildly by region, each of which comes with its own challenges, and putting wires underground isn’t cheap—depending on geology, costs run anywhere from 3 to 10 times those of traditional overhead lines, and utility companies would have to pass those costs onto customers who are generally unwilling to pay higher prices. Underground lines aren’t entirely infallible, either. They’re harder to fix, says Moura, and they can get tangled up in the root systems of trees that fall over in storms.

Fixing existing infrastructure is just one part of the equation. Truly preventing blackouts, says Jacobs, requires changing the way electricity is generated and distributed. “We don’t have as much spare capacity as these events demonstrated we should have,” he says. Renewable energy can change that. Adding wind and solar farms to the grid diversifies the sources of electricity available to utilities, so the failure of a single power plant wouldn’t mean the complete shutdown of a local grid system. However, Moura points out, there’s currently very limited capacity for additional renewable energy in the existing grid. Power lines cannot carry unlimited amounts of energy, so taking full advantage of renewables would require building a larger transmission system—which President Biden’s infrastructure bill aims to do.

Another big hurdle for renewable energy is the issue of storage. “Currently, power is consumed exactly when it’s produced,” Moura says. But wind and solar energy are relatively unpredictable compared to fossil fuels: some days they can produce more energy than is needed, while on others (such as cloudy or windless days) they might produce very little. Building a reliable way to store wind and solar energy for long periods wouldn’t just help renewables become a more mainstream source of energy. It would also help store energy we could use in a crisis.

Perhaps the most radical solution for preventing blackouts is the microgrid. Instead of solely relying on the larger grid system to deliver energy from faraway sources, microgrids put energy generation and distribution into the hands of people on very local levels, in the form of solar panels, wind turbines, or diesel generators on their property. When the main grid fails, communities with microgrids switch to their own power sources, allowing them to keep essential services running even during extreme weather events.

The idea is an extension of what individuals with their own diesel generators have done for years: instead of just supplying one household with power, Jacobs says, a true microgrid would involve wires strung between buildings that together create a self-contained electricity distribution system. Microgrids are particularly interesting, explains Jacobs, because utility companies are currently the only entities who are allowed to string wires between buildings. Expanding microgrids challenges that federally sanctioned monopoly.

Along those lines, Jacobs argues, utility companies should focus less on creating new energy and more on working with the energy that already exists. “Fixing leaky windows and insulating attics is a far better social investment than building a new power plant,” he says. Well-insulated buildings use less energy and retain climate-controlled air better—so if the power does go out, homes can stay warm or cool for far longer, increasing the comfort and survivability of the people inside. But, says Jacobs, utility companies are unwilling to make those investments because they would mean less profit.

To prepare for climate change and prevent future blackouts, utility companies may have to make their peace with a grid that is both decentralized and less profitable. “If we don’t change the way we think about it and design it, we’re not fixing it,” says Jacobs. “Large and long-term led to this situation, and it will take large and long term efforts to get us out of it.”

Correction September 7, 2021: A previous version of this story stated that transmission lines deliver electricity to substations only, when in fact, they deliver them to substations and transformers, which convert the higher voltage to a lower one. Further, the story stated that extreme cold can freeze fuel, when in fact, extreme cold can freeze the wells and pipes that deliver the fuel to natural-gas power plants. We regret the errors.