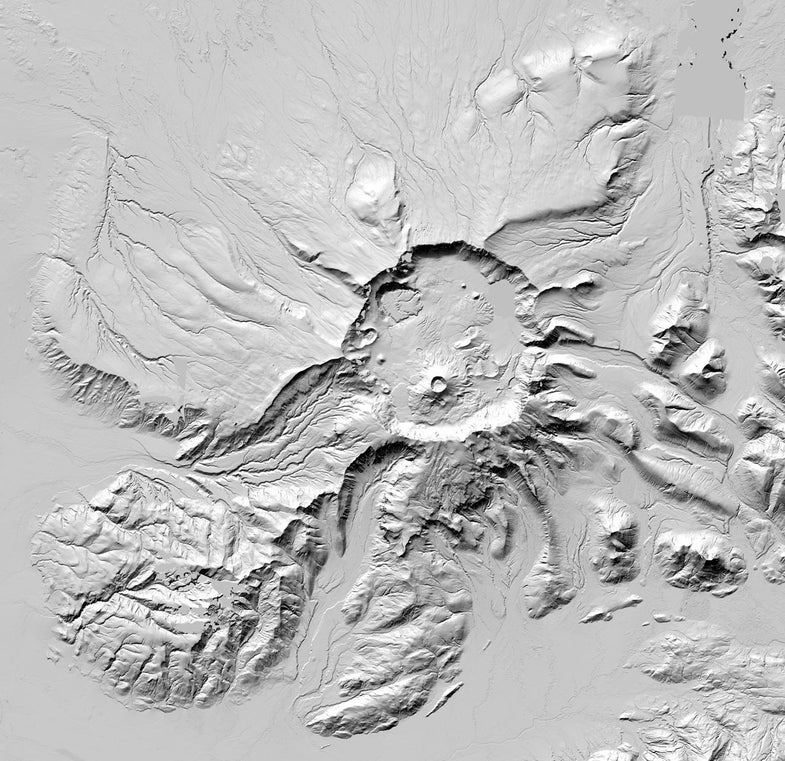 A new set of 3D topographic maps offer a gorgeous, high-resolution look at Alaska’s rugged terrain. The maps were created from satellite images at a resolution of 2 meters, making them the most precise maps yet of the Arctic. Traditionally, maps of this region have been based on images taken from aircraft, which were limited by the Arctic’s inhospitable conditions and resulted in less detailed coverage.

The maps are the first released by the ArcticDEMs project, which aims to “create the first-ever publicly available, high-resolution, satellite-based elevation map of Alaska.” The maps will be updated frequently to document how the landscape changes due to erosion, sea level changes and other forces. This information will help Arctic communities identify buildings and infrastructure that are becoming vulnerable to the effects of climate change.

“The Arctic region is experiencing some of the most rapid and profound changes in the world,” Mark Brzezinski, Executive Director of the Arctic Executive Steering Committee at the White House, said in a statement. “Yet, much of Alaska and the Arctic lack even basic modern and reliable maps to help Arctic communities understand and manage these risks.”

The ArcticDEMs project, led by the US National Geospatial-Intelligence Agency and the National Science Foundation, will attempt to chart the entire Arctic by 2017. For now, you can check out the Alaskan maps here.