This summer turned out to be a particularly fiery one out West. 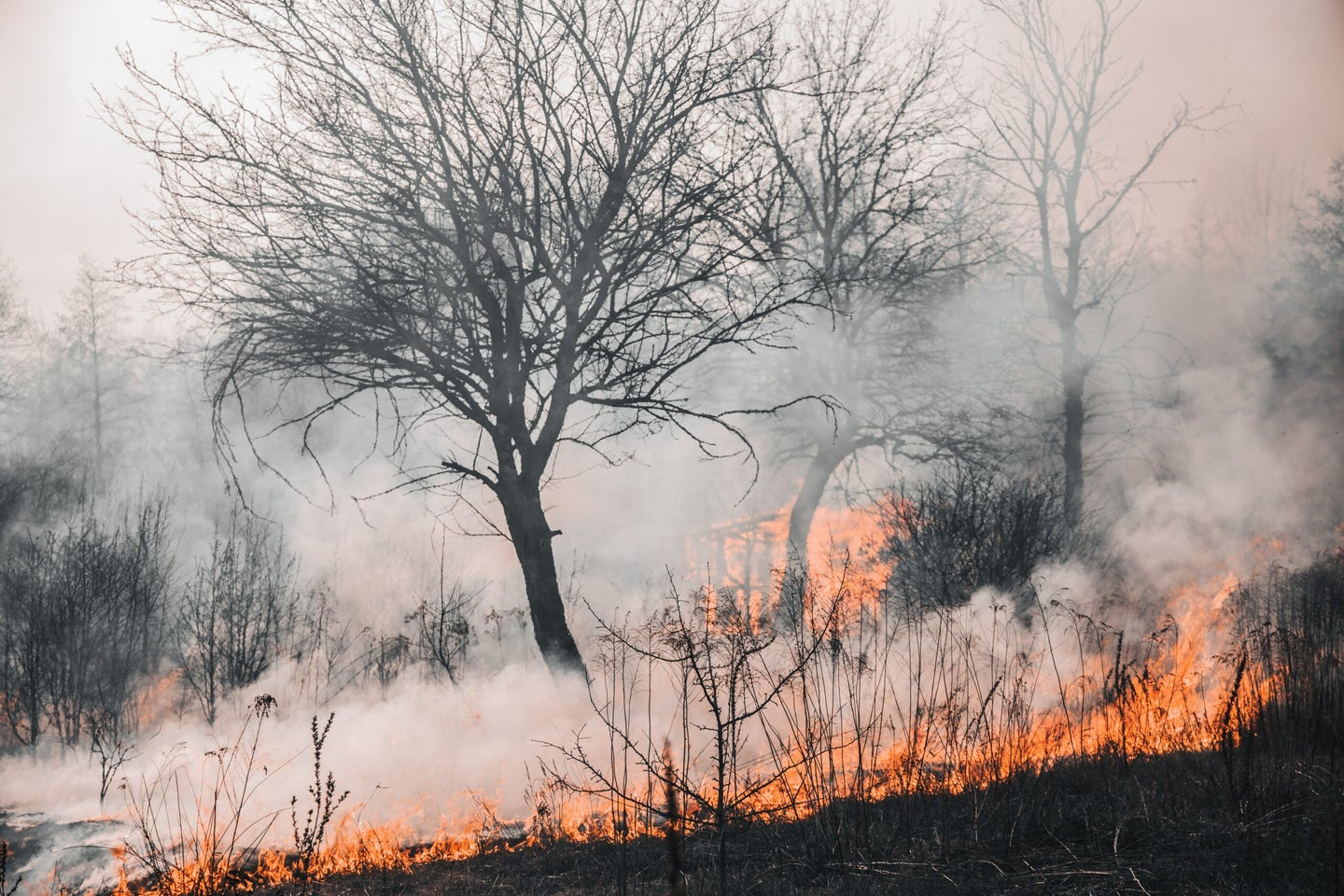 While some Western wildfires have been fully contained, others are breaking historic records. Vladyslav Dukhin/Pexels
SHARE

This post was originally published on July 20, 2021, and has been updated.

As of September 7, 78 large fires have been spreading across 10 states in the US—burning across 1.9 million acres of land thus far, according to the National Interagency Fire Center. Over the course of this year, 5,104,228 acres have burned due to 43,555 separate wildfires. These fires have followed record drought and heatwave conditions across the western US, and have so far crushed towns and communities in their wake. There were more than a dozen new fires in California over Labor Day Weekend alone, according to local officials; all national forests in the state continue to be closed through September 17.

Blazes have become more and more hazardous in today’s climate—largely due to climate change, the lack of controlled natural burns over the past century, and an increasingly dry and extended fire season throughout the western US and Canada. Fire containment is a key management practice and consists of creating a manmade or natural barrier around the perimeter of a fire. However, within this perimeter, flames may continue burning for months, so even 100 percent containment doesn’t mean the fire has vanished.

Important wildfires to keep an eye on right now

The Dixie fire, which is now the largest burning in the US and may soon be the biggest in Golden State history, was discovered on July 13. California’s giant utility, Pacific Gas and Electric, has admitted to potentially sparking it, due to equipment failure. As of September 7, it’s burned 917,579 acres (larger than the entire state of Rhode Island). The fire, which has burned across Northern California, engulfing entire homes in its wake, has caused evacuations in multiple counties. Currently, 59 percent of the fire has been contained.

The Caldor fire started on August 14 and has since burned through 216,646 acres. A large chunk of that has been in Eldorado National Forest, about an hour outside of Sacramento. The fire continues to burn through the Sierra Nevada mountain range, causing mandatory evacuations around Lake Tahoe last week. Currently, 49 percent of the fire has been contained—a major difference from the 16 percent reported last week.

The Monument fire near Junction City, California, has reached 184,142 acres in Trinity National Forest and surrounding localities. The fire started due to lightning on July 30 and grew nearly 4,000 acres last week. Still, evacuation orders and warnings have been lifted as it shifts away from high-population regions, and repair work is already underway. Currently, 41 percent of the fire has been contained.

The McFarland fire has burned through 122,653 acres. Located just below the Monument Fire, it started burning on July 29 and mowed through 40,000 acres from August 16 through the 17. Towns such as Weaverville and Hayfork were heavily affected by smoky air conditions due to McFarland and other local fires for the next handful of days. It destroyed 20 homes, even as dozens of personnel rushed to control it. Currently, 98 percent of the fire has been contained, and it may be 100 percent contained as soon as September 9.

The River Complex started off with 31 lightning-induced fires in the Klamath National Forest on July 30. It’s now shrunk down to two major fires: Cronan and Haypress. The full complex has reached 135,689 acres and is still causing evacuation orders in California. Currently, 19 percent of the fire has been contained.

Another lightning-induced blaze, the Schneider Springs fire began August 3 and has burned through 94,206 acres. Hot weather and low humidity helped it to grow last month, and a temporary closure was put in place for the entire Okanogan-Wenatchee National Forest (now downgraded to Stage 2 restrictions). Currently, 14 percent of the fire has been contained.

The Cub Creek 2 fire, located on Okanogan-Wenatchee National Forest lands, has burned through 70,186 acres since July 16. The latest reports show it’s reached private property in the surrounding county as well. Currently, 70 percent of the fire has been contained.

The Woods Creek fire has been burning since July 10 in central Montana and has now affected 55,424 acres. It was also caused by a lightning strike. While most of it is under control, a few flames continue burning in hard-to-access wilderness around the Big Belt Mountains. Currently, 90 percent of the fire has been contained.