With hurricane potential, Henri could flood the Northeast this weekend

The tropical storm could touch down as a hurricane in New England, making it the first to do so in decades. 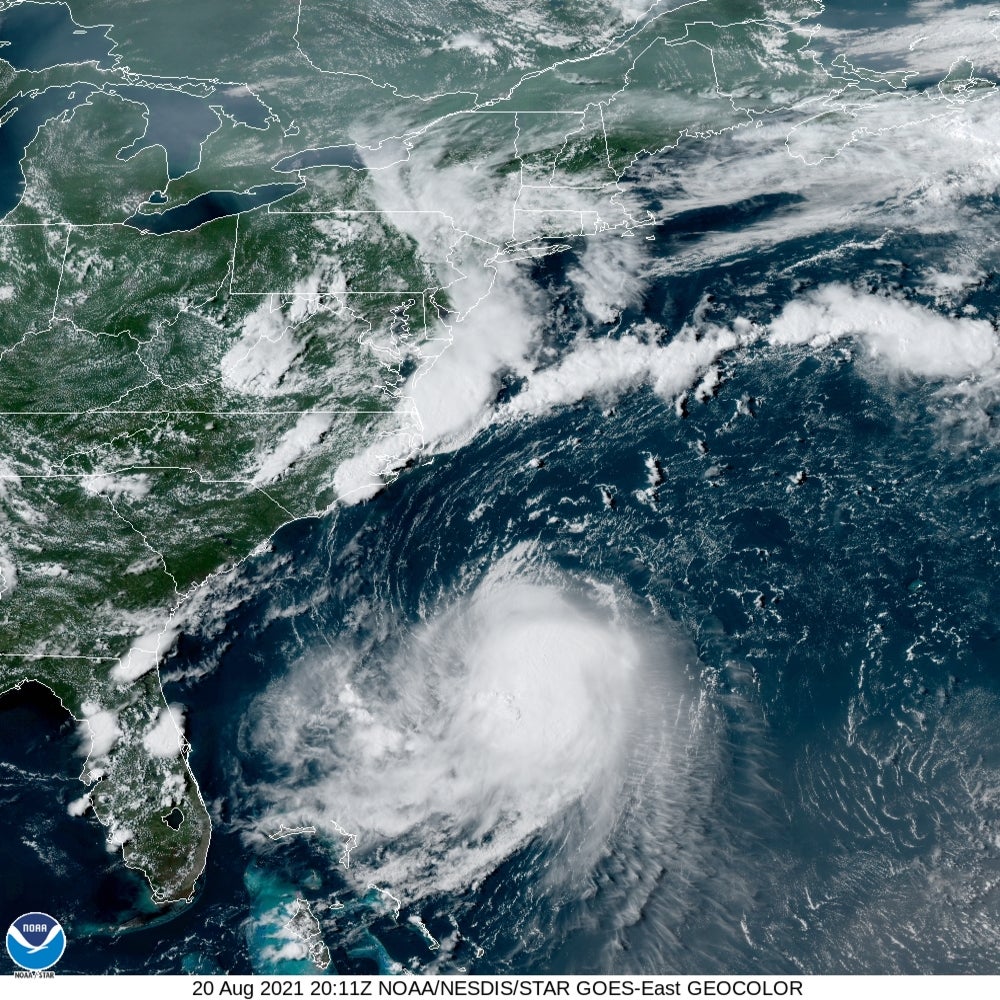 Tropical Storm Henri, which forecasters think could develop into a hurricane on Saturday, has sustained winds of nearly 70 mph, with occasional stronger gusts. NOAA
SHARE

New England is rarely the first place a hurricane makes landfall. Typically, the storms breach the coast further south and make their way up as they steadily lose momentum. But today, the National Hurricane Center issued a rare advisory for parts of Long Island in New York, Connecticut, Rhode Island, and spots on and around Cape Cod in Massachusetts, including Sagamore Beach, Nantucket, and Martha’s Vineyard.

Tropical Storm Henri, which forecasters think could develop into a hurricane on Saturday, has sustained winds of nearly 70 mph, with occasional stronger gusts. It’s expected to reach hurricane strength as it hits land in southern New England.

That would make it a rare event, even in the current era of longer, more intense hurricane seasons. “If Henri strikes southeast New England as a hurricane this weekend, it will be the first direct hurricane landfall since Bob in 1991,” Chris Vaccaro, a National Oceanic and Atmospheric Administration spokesman, told NPR.

Henri is traveling northwest and is currently east of northern Florida and Georgia. Going into the weekend, it’s expected to move north toward New York and New England.

Henri is also an anomaly in that it’s expected to keep moving slowly, even once it’s in New England. “Generally by the time storms make it to New England, they are getting picked up by the jet stream and are moving very quickly,” according to CNN’s meteorologist Brandon Miller. “It will be very rare for a storm to move this slowly over the Northeast.”

If it continues at this slow pace, however, it could drop a torrent of rain on New York and New England. The National Hurricane Center’s report included a warning for a storm surge that could leave many cities and towns with up to three to five feet of water. To exacerbate the effect, a full moon on Sunday means that some areas will already have fairly high tides. “The combination of a dangerous storm surge and the tide will cause normally dry areas near the coast to be flooded by rising waters moving inland from the shoreline,” the warning states.
Massachusetts Governor Charlie Baker has asked residents to stay home this weekend and not travel to Cape Cod, a popular vacation destination during the summer months. Utility companies are also telling communities along the upper Eastern Seaboard to prepare for power outages.