Protecting artifacts from entropy is no easy task. 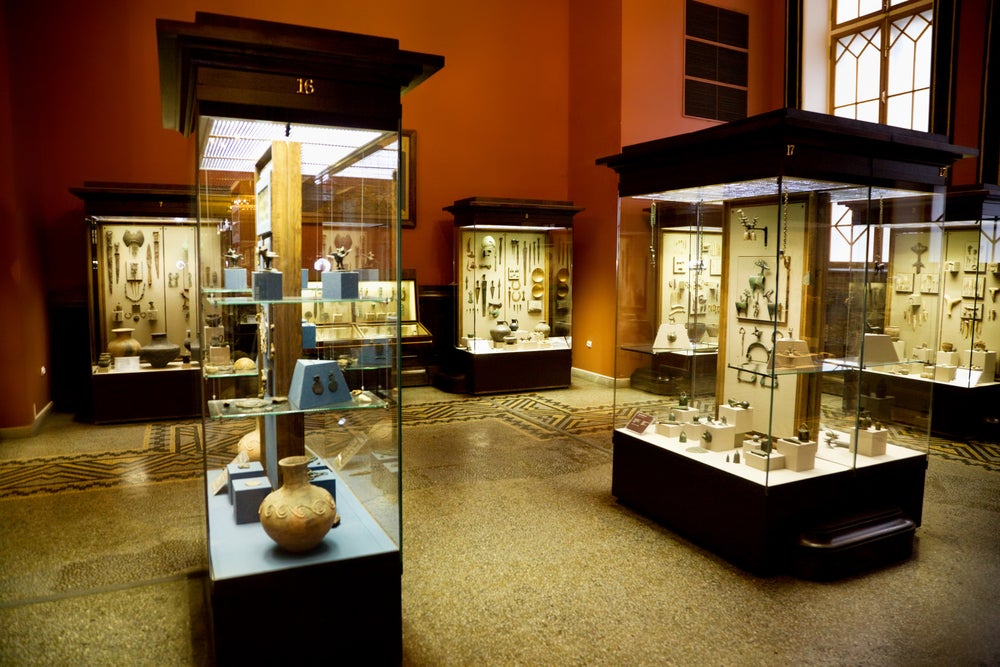 A 12,000-year-old skull, one of the oldest ever found in the Western Hemisphere. Macaw feathers fashioned by the Inca into wedding attire. And a Chilean mummy found high and dry in the Atacama desert thousands of years after his death. These are just a few of the 20 million priceless artifacts damaged or destroyed in a fire at Brazil’s National Museum Sept. 2.

The true extent of the devastation has yet to be determined, though 90 percent of the artifacts are thought lost forever. Early news reports of the wreckage and images of the raging fire shocked an international community of curators and museum personnel, who took to public platforms like Twitter. But those on the ground knew the chaos had been a long time coming—and the truth is that many of our cultural treasures teeter on the verge of the same kind of disaster.

“This was a tragedy foretold,” Renato Rodriguez Cabral, who worked in the museum’s geology and paleontology department, told Reuters. The four years preceding the fire saw the funding for the museum decline by more than a third, according to the wire service. The 200-year-old building had no sprinkler system. And even after firefighters arrived, the hydrants near the museum were found mostly empty.

While it’s tempting to dismiss this event as a heartbreaking rarity, experts say other museums are also at risk. Behind even the most impressive, fireproof facades lies an uncomfortable truth: Museum science is a race against time. And budget cuts, staff reductions, and declining visitation in countries around the world, the United States included, aren’t making anyone’s job any easier.

“Accidents happen more regularly than most people think,” says Hernán Vázquez Miranda, a wildlife genomicist at the University of Nebraska, “it just doesn’t call this much attention.” In 2012, the 9/11 Museum & Memorial in Manhattan, as yet empty and unfinished, flooded when Hurricane Sandy swept through town. In 2015, another Brazilian museum, the Museum of the Portuguese Language in Sao Paulo, was destroyed by fire. And in 2016, India’s National Museum of Natural History suffered severe losses when a blaze ravaged its New Delhi complex.

To prevent such tragedies, modern museum facilities are designed with disaster in mind. The Whitney Museum of Contemporary Art, which opened in 2015, is elevated, waterproof, and equipped with a mobile wall to protect from storm surges, which cost an additional $10 million. (Construction totaled $220 million.) Across the country, in wildfire-ravaged Southern California, the Getty is considered one of the most fire-resilient buildings on the planet, with a million-gallon water tank and a smoke-proof air circulation system. (No word on the cost of resilience here, but upon completion in 1997, land acquisition, construction, and insurance reportedly topped $700 million).

Older facilities, meanwhile, must be painstakingly retrofitted. “A lot of times, these museums are in old buildings. And ours is no exception,” says Chase Mendenhall, assistant curator of birds at the Carnegie Museum of Natural History in Pittsburgh. “I would say the majority of the budget, and the majority of the meetings I go to, are about the upkeep, the checklists, and the legal aspects of maintaining and keeping priceless objects.” Sprinkler systems, evacuation plans, and fireproof safes may be a part of this process. (Ironically, the Brazilian government had finally apportioned $5 million for updates to the National Museum, including the installation of a fire-suppression system, in June. The funds had yet to be delivered.) Tools for climate control are important, too.

The wood of an Egyptian sarcophagus may be sensitive to humidity. Even plastic art, seemingly so resilient, can degrade with sunlight exposure. To keep temperature and moisture at optimal levels, museums require a reliable source of energy, and many keep backup generators for emergencies. These micro-grids are also essential in maintaining biological or genetic specimens, which are typically refrigerated or frozen.

But even the best-built structure isn’t enough to protect a collection from a ticking clock. Inside, curators must take pains to preserve in perpetuity. “There’s this fight against the laws of thermodynamics—against entropy,” says Mendenhall. Stuffed animals can fall prey to bug infestations, which lay eggs, defecate, and happily hitch a ride to new museums in traveling collections. New bird, animal, and even insect specimens must be carefully preserved, requiring staff skilled in taxidermy. And though many objects can be locked away in fireproof, temperature-controlled boxes behind the scenes, anything out on the viewing floor is exposed to disasters big and small. “We want these things to last forever,” Mendenhall says. “But nothing is going to last forever.”

That’s why many museums are working to digitize their collections, even as they painstakingly protect the physical specimens. While nothing can measure up to the leather-bound first edition copy of a book or an extinct animal carefully stuffed by a long-dead scientist, Mendenhall, for his part, takes the long view. If floods or fires don’t get the world’s museums, the death of the sun eventually will, he says. In the meantime, curators must describe, in painstaking detail, the physical properties of the objects in their collections; take pictures of these specimens and sometimes complex, multi-dimensional scans; analyze genomics wherever possible; and try to share their data with the larger research community. “In the deep, deep future, we’ll take this information with us,” he says. “So the effort is to code it, much like DNA, or the letters in a book, so that it can be stored somewhere much smaller than a museum.”

Though each day presents a new set of challenges, museum personnel continue to find an incredible sense of purpose in their work. “These items have become so valuable because of the story they carry with them,” Mendenhall says of his work Carnegie’s bird collection. “They have a destiny: they were caught hundreds of years ago on this island, they may have gone extinct since then, and all we have is some feathers, a beak, some feet, some notes. Maybe a recording of their calls, a photograph of their nest. And that’s it.”

This purpose only grows stronger as our species, Homo sapiens, permanently alters the natural world. “Unfortunately, now that we’re in the age of extinction—with climate change, deforestation, and human population expansion,” Vázquez Miranda says. “There may be species where the only record that ever existed are these specimens in museums.”

“When you need a birth certificate, you go to city hall. That’s where the evidence that you exist is,” he adds. “The evidence that the world around us exists, that’s what museums hold. When that goes away, you lose part of your identity.”

But passion isn’t enough to keep museums up and running. Brazil’s National Museum may have gone down in one spectacular fire, but its staff argues years of neglect and defunding provided the kindling. Unfortunately, similar political and fiscal problems are cropping up in facilities around the world.

Public spending on museums in the United Kingdom has declined by 13 percent over the last decade, according to a recent report from the Financial Times. Stateside, the Metropolitan Museum of Art, which had long operated on a “pay as you wish” admission plan, began charging a veritable tourist tax—$25 for any visitor who doesn’t live in New York state—as of January 2018. And for its part, the National Endowment for the Arts reported that adult Americans’ attendance in everything from art museums to book readings has declined since 2002.

“Something of this magnitude, I think, is a wake-up call, for all museums, large and small, that this is why we need basic infrastructure to protect these collections,” says Vázquez Miranda. “We never know when these things are going to happen.”