Without the ban, even the Pope himself can’t supersede complex local laws 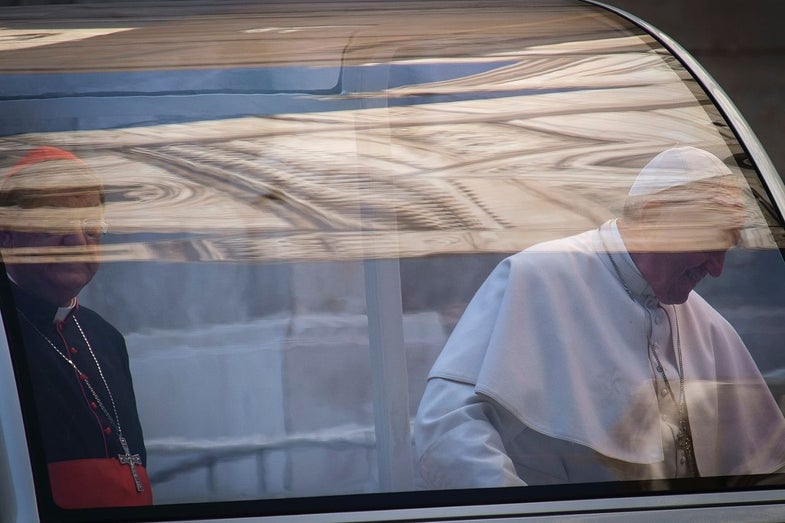 Pope Francis may commune with the Heavens, but while he’s visiting the United States this week, he won’t be able to fly his drone. As part of security precautions around his visit, the FAA has issued special flight restrictions over New York, grounding drones for the duration of his stay. For the Pope’s visit to Washington, the skies are already cleared of flying robots, thanks to restrictions on aircraft in the DC area put in place in 2001 and maintained to this day.

Let’s say, for the sake of a hypothetical, the Pope sneaks away from the fanfare of his own visit, perhaps in plain clothes as he is rumored to do. After the restrictions for his trip are over, where could a discrete pontiff fly a quadcopter? America’s drone laws vary by state, but there are a few basic tenets that hold, and il Papa would do well to take “Know Before You Fly”‘s drone quiz to master the basics.

Once informed, Pope Francis might then check out a drone pilot’s map, like Airmap IO, MapBox’s drone map, or, if the Pope is lucky enough to be a beta user for B4UFly, he could even check the FAA’s own drone flight app. Just to be on the safe side, because even the most faithful can never be too careful, Pope Francis could read the New York State Bar Association’s preview of drone laws, and then double-check the status of the New York City Council’s proposed “Regulation of the use of unmanned aerial vehicles in city airspace,” a highly restrictive drone law introduced last winter. If, after all that, Francis can find a free and legal spot to fly a drone, then perhaps he can fly his quadcopter for fun in the city.