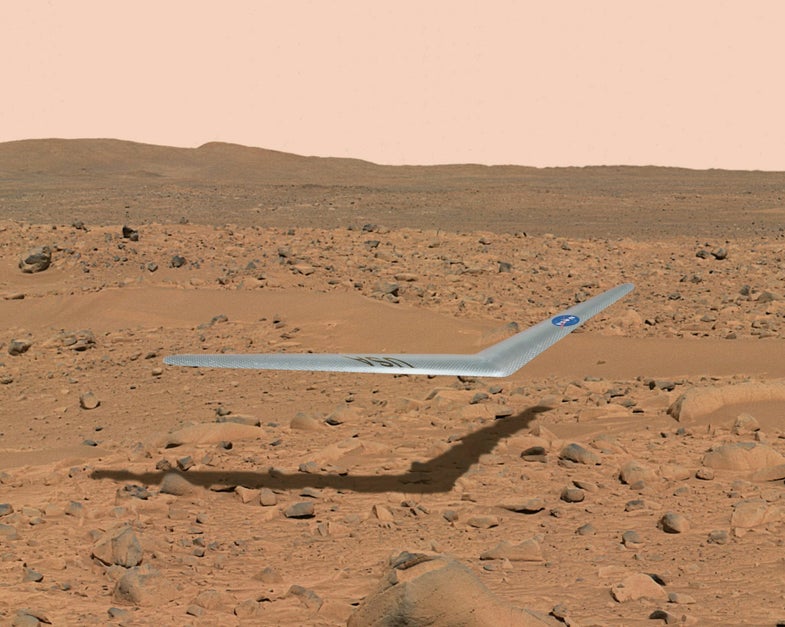 Concept drawing for a flying robot that could explore Mars. If NASA sends astronauts into orbit around Mars, they could remotely operate such robots in real time to find a safe landing place for the first Mars explorers. NASA Illustration / Dennis Calaba
SHARE

The drones for construction were smaller than beetles but their solar collection grids shown like real insect wings. The swarm scattered over the ice, drifting in the soft breeze of the thin Martian atmosphere, catching the light of a small sun. Machines had been the first to inhabit the Red Planet, probing its surfaces and digging into its depths. It was always like that. Squidlike machines had been first to explore the deep seas of Europa and Titan, while geological survey mites had dug into the surfaces of Io and Ganymede. And then, like always, they died. On Mars’ surface, insect-inspired drones now litter the bare stone, their artificial lives over, their work complete. These machines had been the first, but they were not the last.

Samuel Ko walked among the dead, careful not to step on the bodies of those who had come before. The first man on Mars, he walked from his landing craft to the half-submerged bubble-structure, which was the same color as the frozen ground from which it had been built. The first human hand, albeit in the glove of his suit, keyed the airlock code. Once inside, Ko checked the shelter settings and then opened the suit’s seals. His first breath of air on Mars smelled clean and pure.

He opened a connection on the portal and sent back words that, mundane and profound, would ring through history. “I made it.”

Later, he checked his email.

James S.A. Corey is the author of the The Expanse series, which will debut as an original Syfy network show in December.