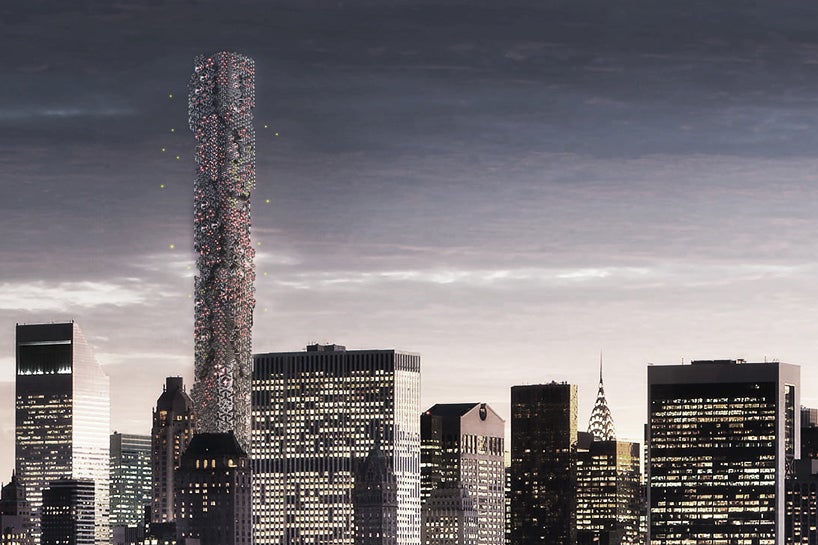 No one remembers life before the Hive. The swarm buzzes, and there is shadow; the swarm rests, and then there is light.

Other cities have days and nights but New York is divided into drone commutes. It used to be just Manhattan. I remember that, at least. But then we got Hive East in Brooklyn, Hive North in the Bronx, the Hive Prime in Queens (which everyone just called “the Queens Bee”), and about a decade ago, Staten Island got Hive West.

Between classes, I began my research. The archivists did what they could, mapping the past to the start of the swarm, but we cohabited in the city with the robots now, and at some point, AI took over the majority of seats on the New York Public Library Board of Trustees. They promised that our history wouldn’t change, but when I went back to the internet archive for news clippings from that day, there was nothing to be found. Now, that was thirty years ago, but I remember the librarian exodus, the mad rants streamed in six-second loops, rambling about knowledge and integrity and the Midwest. I think one mentioned silos, or maybe it was Faraday cages. 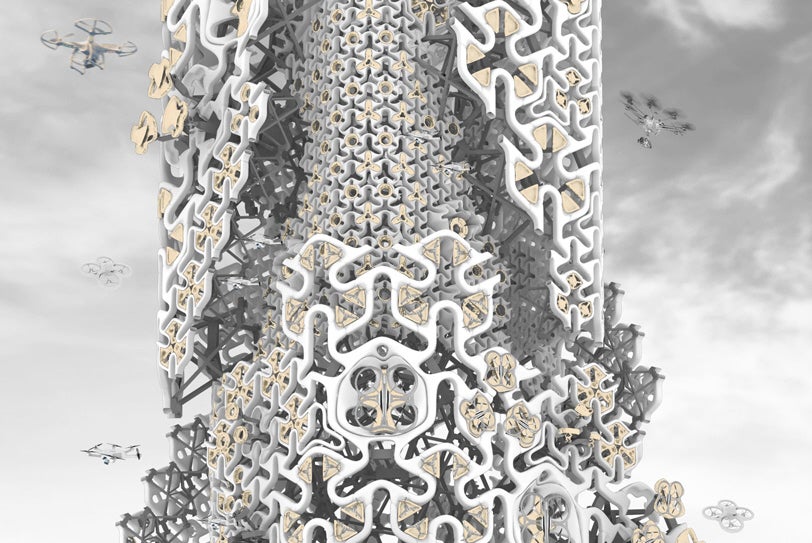 Note how the drones rest in perfect spots inside the tower exterior.

That was the last bit of the before time. Now, we have the swarm, and it’s been very, very good to us. Sure, the stories closed, first the big boxes in the burbs, empty Targets and Walmarts in Yonkers and outside Newark. Then it was the big shops, mass-market fashion outlets and high-end staples. No one expected fashion to go indoors, but it did too, once a stream of delivery drones could carry every garment a person would ever want, right to their door, and then bring the panoramic mirrors, too. For the billionaires in penthouse suites, the ones we saw in their Oculus-cast VR-concerts, the drones were a stream of lights below, a moving robotic canvas for light projection. For us peasants below the swarm, it was a clattering buzzing ceiling, a bladed barrier to our ambitions, a robotic obstacle to the sky itself. 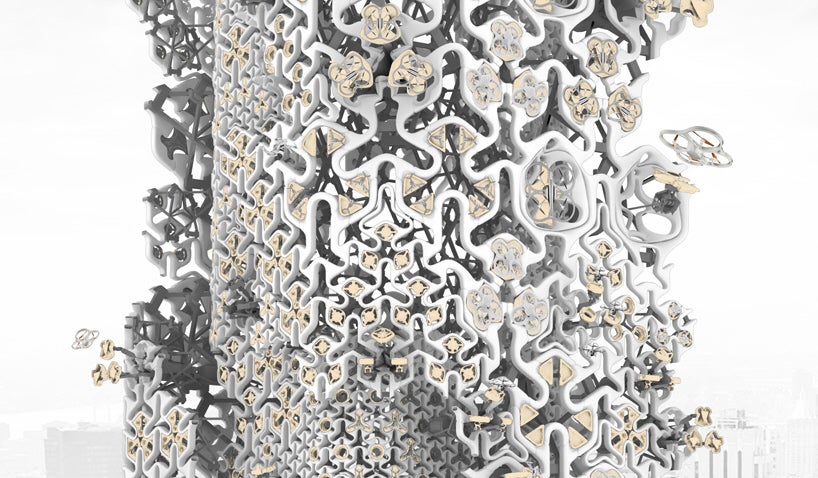 Detail Of The Hive

The idea is that drones will rest here, perpendicular to the ground, then slide out and fly away.

I searched for the dates in the archives, and found nothing. No sign of the lost livelihoods or even that the bodegas had all, within a few months, disappeared. Instead, there were clippings about the new Bodega app, and how it had a virtual cat that followed your fingers as you swiped through item selection.

This was the key, it seemed, to the past. If I found the good news, the press that heralded the event, it was still allowed in the Library’s AI-monitored archives, even if the bleak reality of the change was erased from the record. It took some digging, and then I found it: the birth certificate for New Drone City.

Their plan was for a human home, covered in flying machines. It was built, weirdly, as a way to get around zoning. 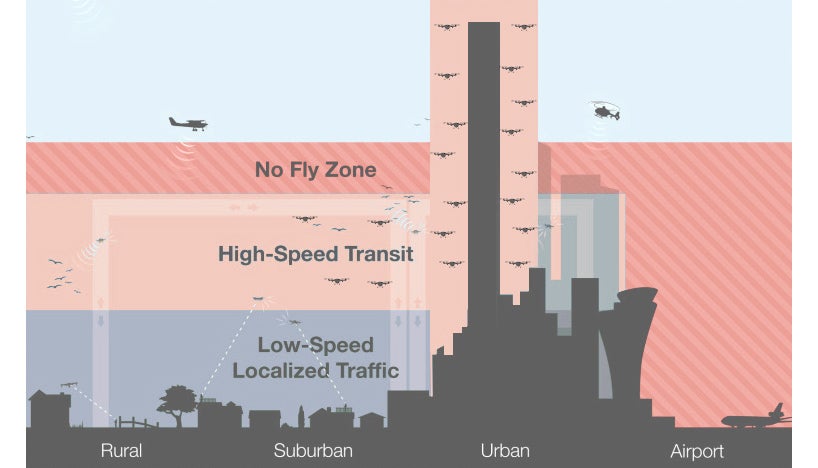 Zoning Around The Hive

This is not a bad vision of zoning for drones, actually.

I had no idea what to do with the information I just unearthed. After saving copies, and filing several to various darknet archives, I simply left the library and wandered into the autonomous streets. Cars parted as I walked across Washington Square park. Sometimes, not all the time but sometimes, the swarms would part, and from the right spot we could catch an uninterrupted view of One World Trade. I sat down at my favorite bench, and waited for a pause in the constant buzzing of drones. It never came.