Do Androids Dream Of Drone Weddings? 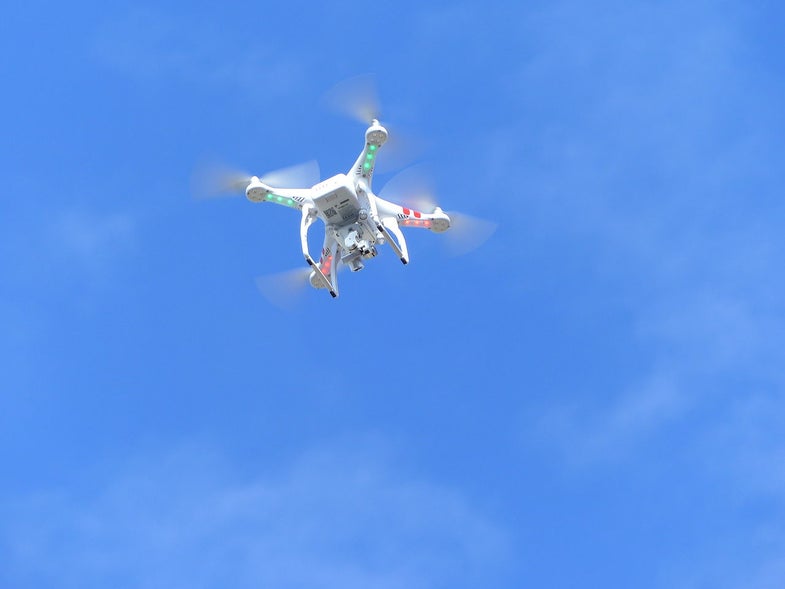 Today The Knot livestreamed a “Dream Wedding”, where one couple would join their hands in union before family, friends, an unknown number of online spectators … and robots. The event served as both ceremony and advertorial, with the couple, Samantha and Taylor Sinclair, starring in pre-recorded advertisements for wedding-related products that aired during ceremonial downtime. I watched for the robots. I stayed for the bizarre spectacle of broadcast matrimony, not between some self-important monarchs, but average people, living very much in the year 2015.

Watching the weddings of people I don’t know isn’t normally something I do. There were two factors that drove me to watch this one, though. First, Mashable billed it as “The most tricked out, high-tech wedding in history is streaming online” and given how low-tech weddings can be, I was intrigued to see just what that tech could be. Second, I’m also getting married this summer, so I felt obliged to see just what the latest trends were in weddings, lest I be the uncool twenty-something who somehow forgot a robot bartender. (I am not having a robot bartender.)

The wedding took place at the Chateau St. Jean vineyard in Sonoma, well in California’s wine country. The tech promised was a 3D printer, a drone, a bartending robot, and a telepresence robot. This last one was especially intriguing. During the ceremony Samatha’s mother was recovering in a hospital, so the telepresence robot allowed her a way to experience the nuptials from afar. I once had a robot boss, so I could relate at least a little.

Of all the other technology featured, I was most underwhelmed by the drone. Apart from a lovely opening shot of the Chateau grounds, it didn’t seem to add much to the experience, though I imagine drone footage, perhaps of the dances, will make a lovely addition to any wedding video. In a lull at the reception, there was the revelation that both bride and groom were wearing fitness trackers during the ceremony, so we could actually get heartbeat measurements from the moment they wed. The future, now!

The robot bartender was a Crockpot-sized cocktail machine, and not any kind of exciting anthromorphic device. At the reception, a 3D printer made little baseball bats (Taylor plays baseball) for the guests as favors. There were also 3D printed bracelets for the bridesmaids, but the real star of the technology was the cake-topper, a 3D printed model built from a scan of the couple themselves.

Samantha and Taylor’s wedding was certainly not my dream wedding, but they seemed to enjoy themselves and I’m sure the company in attendance did too. Fun as it was to invite the public in with a livestream, it’s the one technology use I can’t help but recommend against. As a stranger watching a wedding on the Internet, there was absolutely no reason for me to be there, and opening such a deeply personal ceremony up to the scrutiny of the Internet in real time is definitely not for everybody.

For the Storify, I was joined by Popular Science intern Dave Gershgorn. Click through our livetweeted thoughts below: