Scientists Want To Use Drones To Capture Whale Snot

And you can help fund the project 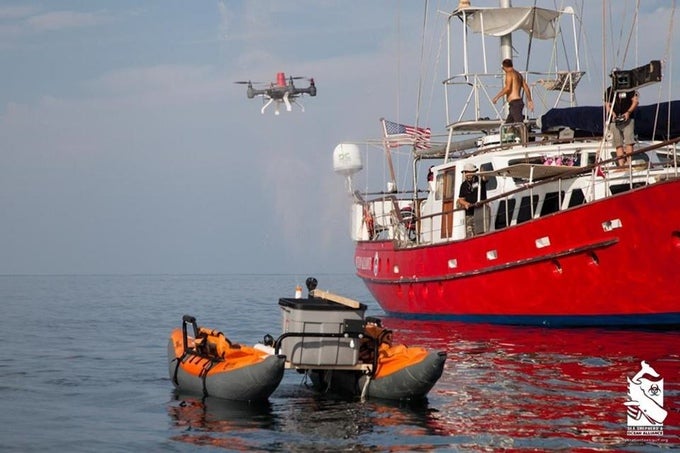 Whales are awesome and important. But because they are so big and sensitive to sound, researchers have a hard time collecting all the data they need without freaking them out. Now, whale biologists from the nonprofit Ocean Alliance have teamed up with students from the Olin College of Engineering to create drones that can capture one of the most important biological materials–a whale’s snot–without disturbing the animals. They’ve launched a Kickstarter campaign to help fund their research.

Whale “blow” is the combination of mucus, or snot, water, and tissue that may sound very gross, but is essential for whale biologists–from it, they can tell if the whales are stressed or pregnant based on their hormones, check their snot to see if they are infected with any viruses, or gather tissue samples for DNA analysis.

Normally, the process to collect whale blow requires the researchers to travel next to the whales in boats and extend a 10 foot-long pole over the blowhole in the hope of capturing some of the ejected substance. This is very annoying and disruptive to the whales, as the researchers note in their Kickstarter video in which they harass Sir Patrick Stewart, a friend of the founder of Ocean Alliance. 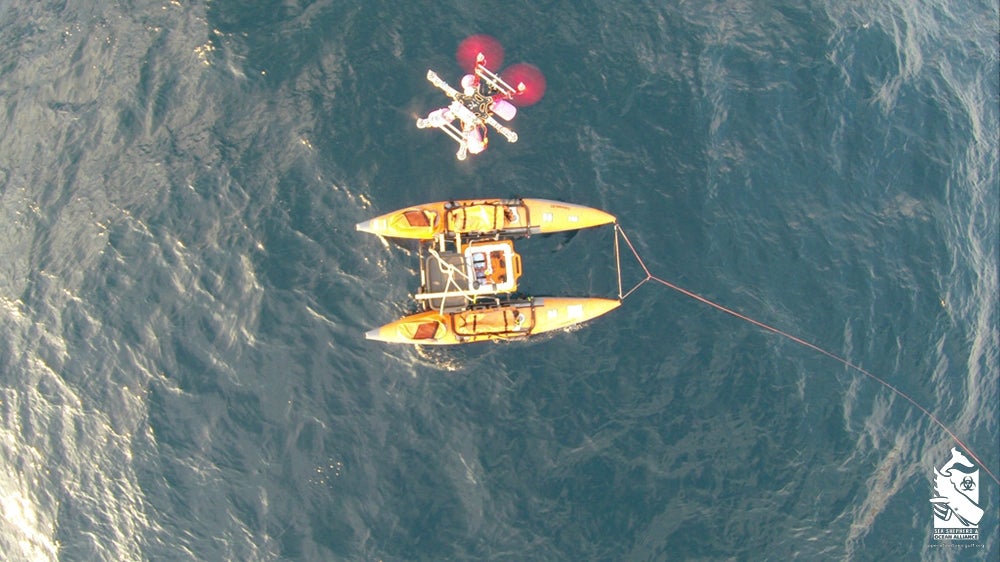 Just imagine a whale instead of the “snotshot”

So it seems much easier to deploy a remote-controlled drone that could follow the whale and be there to collect samples as they are blasted into the air. By flying 10 feet above the surface of the ocean, the researchers calculated, the drones would be far enough from the whales that they wouldn’t disturb them. Typically, robots don’t do so well with seawater, but the engineering students found a way to cover the sensitive electric parts of the drone with a light plastic shell. The drones collect the mucus samples with a spongy material typically used in hospitals to soak up bodily fluids, as Beta Boston reports.

The researchers are still waiting on the go-ahead from the Federal Aviation Administration and the National Marine Fisheries Service, but in the meantime they’ve tested their flying drones with a floating robot that mimics the whale’s blow. They plan to make three trips later this year down to Patagonia in Argentina, to the Sea of Cortez in Mexico, and to the Frederick Sound of Southeast Alaska–provided that they get the proper approvals and funding they need.

You can visit the project’s Kickstarter page (and see Sir Patrick Stewart’s cameo in the video) here.