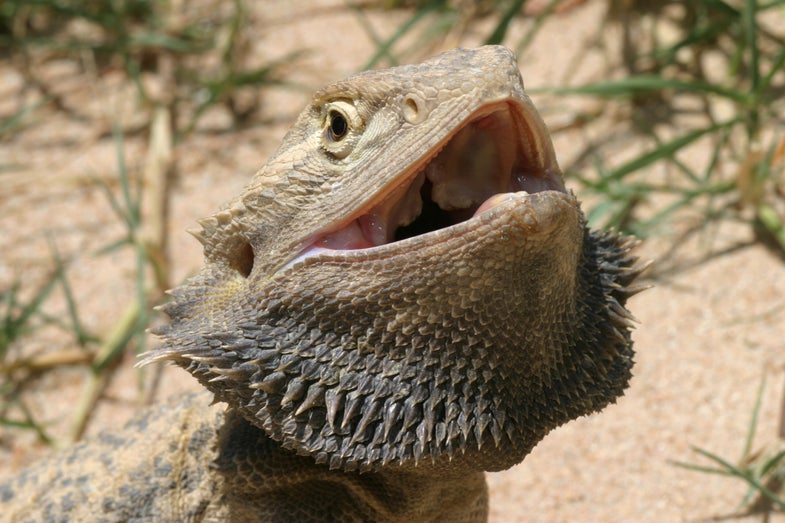 The large, striking lizard of the Australian desert known as the bearded dragon lays genetically male eggs that can develop into females if the nest becomes particularly warm. This creates lizards that are reproductively female, but retain the size and personality characteristics of males—a unique trait in the animal kingdom. The findings are published in the Proceedings of the Royal Society.

In most animal species, sex chromosomes will either decide whether an individual is male or female, or environmental conditions like the temperature of a nest will decide (as in the case of crocodilians.)

That’s why the sex determination in bearded dragons is so unique: both factors play a part. A mother dragon might lay a clutch of genetically male individuals all tucked snug inside their eggs, but if the nest temperature tips above a certain level for whatever reason, the male sex chromosomes in those eggs will be overridden, and the little dragons inside will stop developing into males and switch to females. Well, sort of. Functionally reproductive females, at least.

Evolutionary biologists from the Universities of Sydney and Canberra in Australia filmed this third sex of dragons—these sex-reversed females, as they called them—and measured how they reacted to different stimuli compared to their “normal” male and female colleagues. The researchers kept track of personality traits like boldness, activity level, and exploratory behavior.

Remarkably, the sex-reversed females were bolder, more assertive, and more aggressive than the other females, and even more so than the other “normal” males. 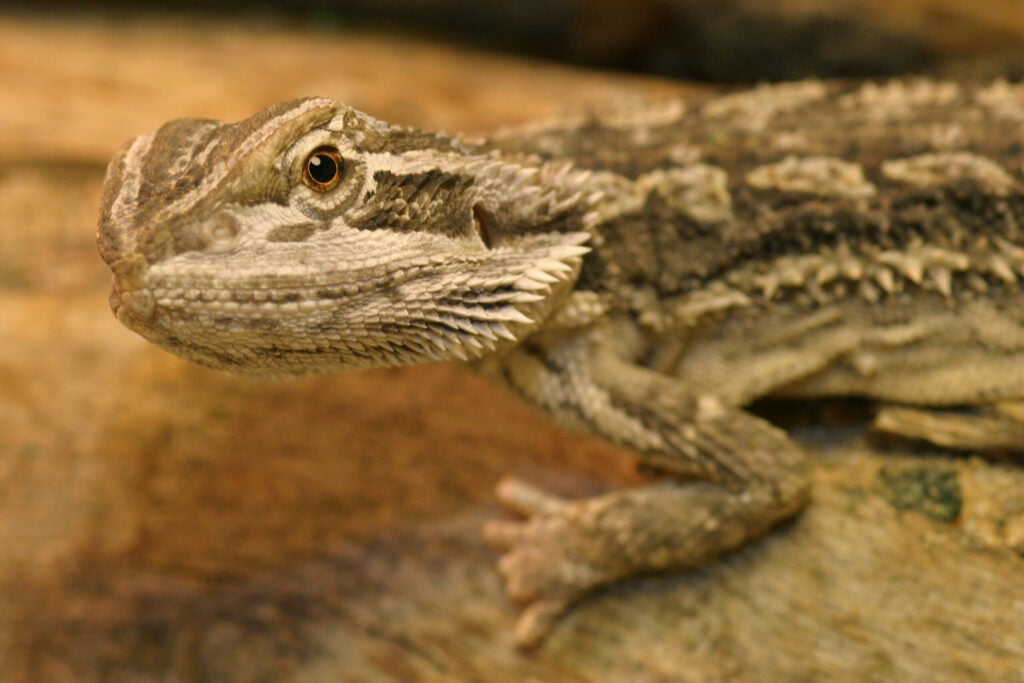 These novel traits of a behaviorally male, but functionally female dragon seem to create an individual that has a higher evolutionary fitness than your regular run-of-mill dragons. The sex-reversed females might have more success in mating because of their assertiveness.

So why does this happen in dragons to begin with? It might be some kind of evolutionary trump card. A way to adapt to environmental changes, perhaps. But, co-author and evolutionary biologist Rick Shine points out that “On the other hand, it might generate an over-reaction to sudden changes in climate. 50/50 sex ratios are the safe evolutionary option – a population that produced 100 percent male or female offspring because of a sudden change in nest temperatures would be in real trouble.”

And while the sex swapping of these bearded dragons may be rare for now, Shine surmises that this “multifactorial system [of sex determination] is very widespread and simply hasn’t been discovered” in other animals.