32 kids’ medicines are getting recalled. Here’s what you need to know 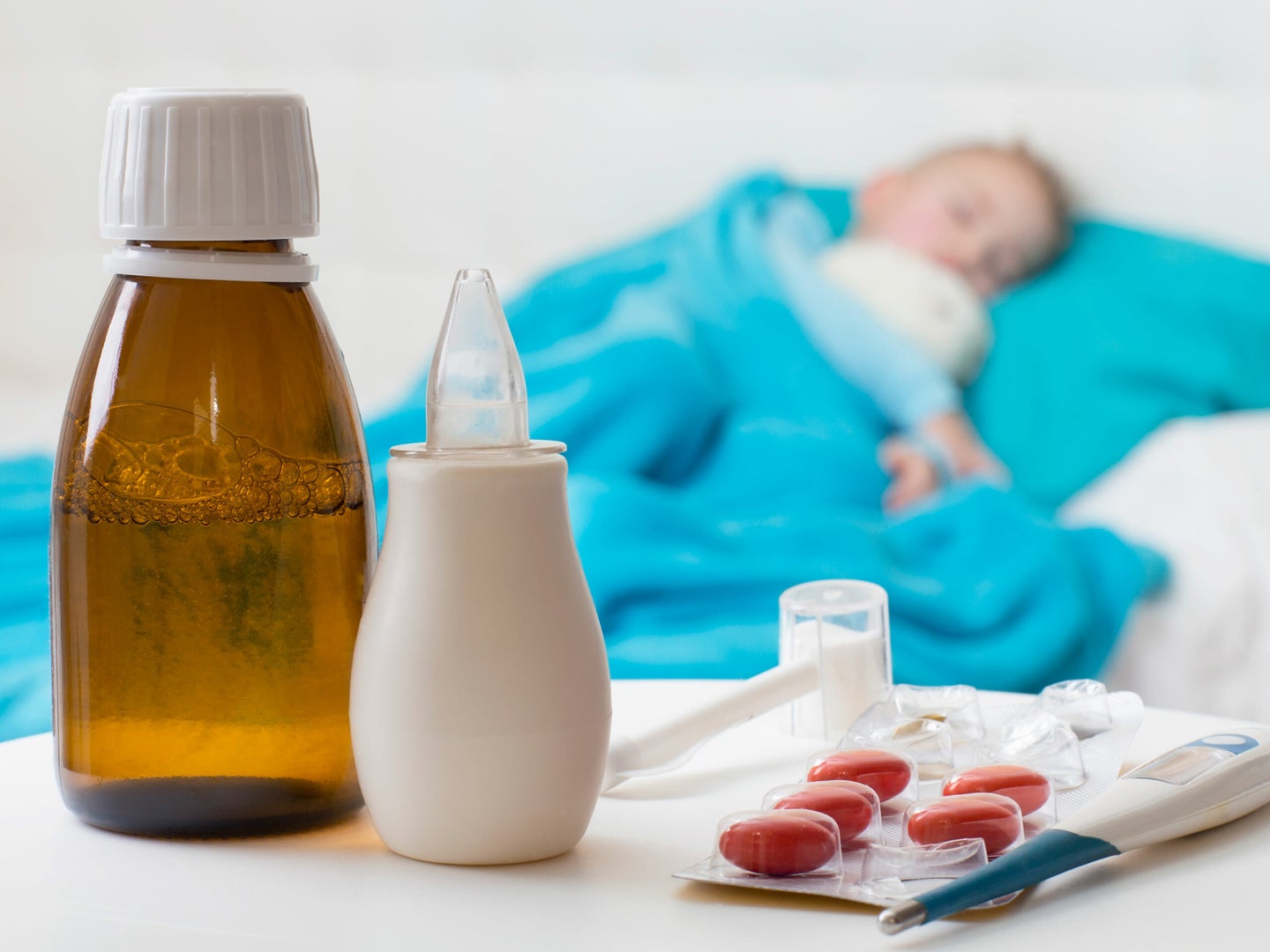 On Wednesday, the Food and Drug Administration (FDA) issued a statement that the homeopathic drug company King Bio is recalling 32 of its children’s pain-relievers. According to the FDA, a “small percentage” of those products tested positive for bacterial contamination during regular, random testing by King Bio.

If ingested, a bacterially-contaminated drug could cause infections, some of which could be life-threatening. It’s impossible to know what specific products had been tainted, so, as a precaution, the over-the-counter homeopathic remedies company is recalling a wide swath of its line. Here’s what you need to know about which ones they are and what to do if you happen to have them in your medicine cabinet.

What medicines were recalled?

In the release, the FDA lists the 32 products placed tagged for recall. Those medications include a series of cold and flu symptom-reducers, an ear-pain-relief formula, and a teething and colic treatment. A full list—with image labels—is available here on the FDA’s site.

Why were they recalled? How often does this happen?

According to King Bio, the recall was due to the possibility of microbial contamination after batches of products tested positive for bacteria. The company told the FDA that the items of concern were a group of various over-the-counter remedies produced between August 1, 2017 and April 2018.

Recalls happen, which is why companies do random testing the way King Bio did. Companies test for many things, including the presence of microbes, other medications, and even if the drug is what it claims to be on the label. Earlier this month, for example, CVS recalled its sinus relief nasal spray when it found Pseudomonas aeruginosa, a common infectious bacteria that can lead to eye and skin infections and sometimes pneumonia. (The FDA maintains an up-to-date list of all drug recalls on its site.)

Companies are required by law to do these tests. That’s largely due to a series of lawsuits in the mid 20th-century. In the 1960s, for example, doctors prescribed the sleeping medication thalidomide off-label to treat morning sickness in pregnancy; it ended up causing birth defects. No one did any testing to make sure the drug was safe for pregnant women or a developing fetus. The landmark case led the United States to enact far stricter pharmaceutical laws, including the ones that require the random testing that King Bio did.

What should I do if I have one of those products or have used them?

If you have a King Bio product in your medicine cabinet, head over to that FDA listing to see if it’s there (here’s that link again). If you have one of the named products, immediately stop using it and contact King Bio at recall@kingbio.com or 866-298-2740 to find out how to return the product. Throwing medications away, while easy and tempting, is not the best for us or the environment. And leaving potentially dangerous remedies around the house makes it far too easy for another person, especially a child, to mistakenly take the drug.

If you or your child ingested any of the named medications, and is now experiencing any fever, rash, or flu-like symptoms, you should contact your or your child’s doctor. Also, report the incident to the FDA, so they are able to track it and make sure it aligns with what they already know about the contamination.