People who received at least one flu shot were 17 percent less likely to develop Alzheimer's disease. 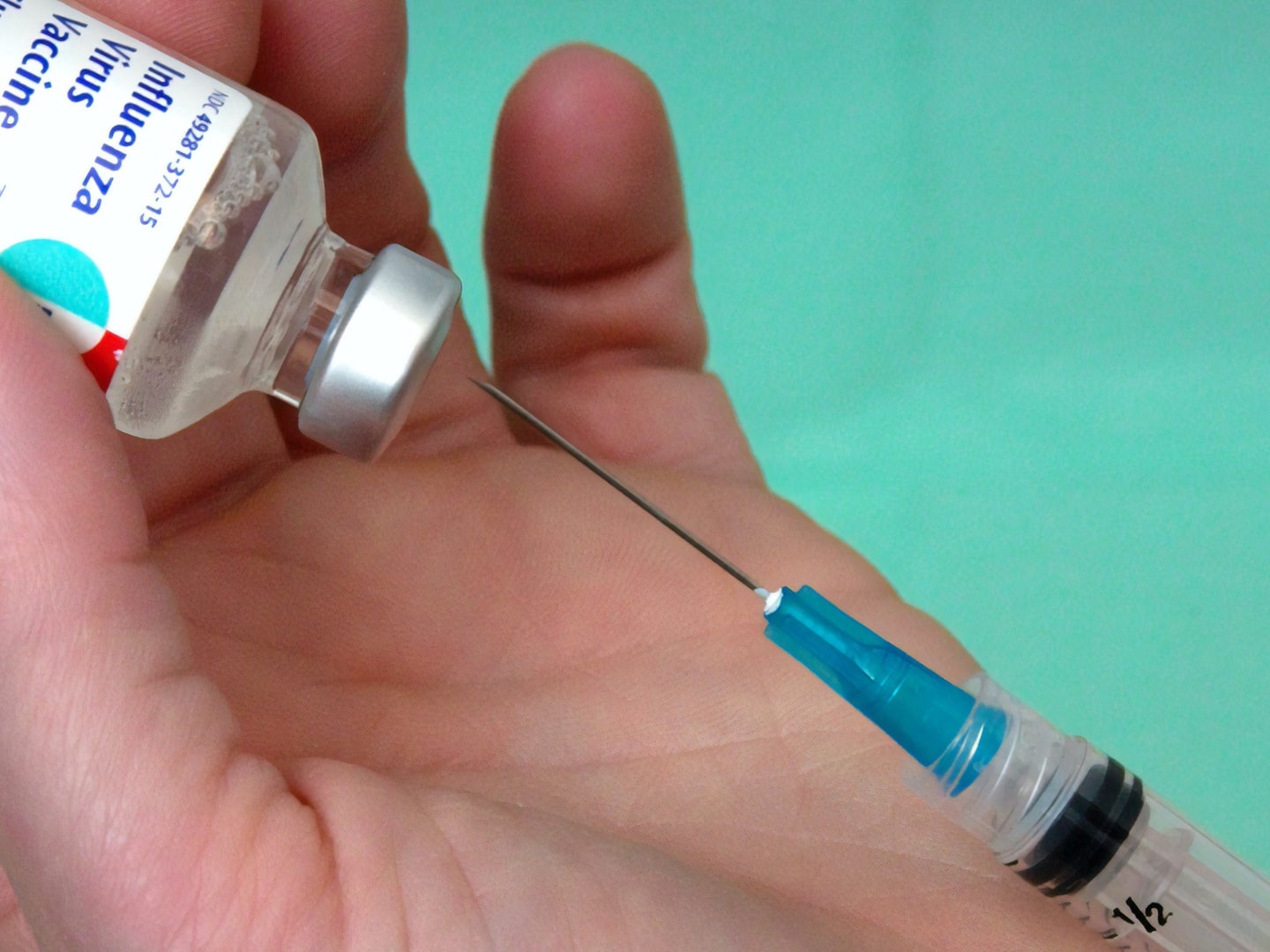 Two teams of medical researchers found that people who got the seasonal flu or pneumonia vaccine were less likely to develop Alzheimer’s compared with those who didn’t get either of the two vaccines. Unsplash
SHARE

Two common vaccines may come with an unexpected benefit, preliminary research indicates. Two teams of medical researchers found that people who got the seasonal flu or pneumonia vaccine were less likely to develop Alzheimer’s compared with those who didn’t get either of the two vaccines. The groups reported their findings this week at the Alzheimer’s Association International Conference, which was held virtually. The findings need to be confirmed with larger studies, but they hint that existing vaccines may help prevent the disease.

That would “definitely [be] another reason for people to get flu shots,” says Albert Amran, a fourth-year student in the McGovern Medical School at the University of Texas Health Science Center at Houston, who presented one of the studies. He and his colleagues examined medical records for more than 9,000 people over the age of 60 and found that those who received at least one flu shot were 17 percent less likely to develop Alzheimer’s over a 16-year period compared with people who hadn’t received the vaccine. People who were vaccinated more frequently had an additional 13 percent reduction in their likelihood of being diagnosed with the disease compared with unvaccinated people.

Both groups—those who received the flu shot and those who didn’t—had similar proportions of people with other traits such as smoking or cardiovascular disease that might influence their risk of Alzheimer’s. The researchers estimated that participants between the ages of 75 and 84 who got the flu vaccine annually were 6 percent less likely to develop Alzheimer’s disease each year over a 16 year period.

The second study was slightly smaller and evaluated more than 5,100 people over the age of 65. Researchers at Duke University and the University of North Carolina found that, after accounting for characteristics like sex and education, seniors who received one or more pneumococcal vaccines before age 75 were 25 to 30 percent less likely to develop Alzheimer’s. A subset of this group—people who didn’t carry a particular gene variant associated with Alzheimer’s risk—were up to 40 percent less likely to develop the disease over a 10-year period. However, in this study people who received both pneumonia and flu vaccines did not further reduce their risk of developing Alzheimer’s.

It’s not yet clear how vaccines may be protecting people from the disease. However, Amran and his colleagues have several ideas.

Previously, researchers found that infections such as UTIs can exacerbate Alzheimer’s and other forms of dementia. “As you get older your immune system does not work as well; it’s not as good at controlling infections,” Amran says.

Researchers studying how Alzheimer’s develops also surmise that excessive inflammation, which can damage brain cells, may play a role in whether a person develops Alzheimer’s. However, the mechanisms through which this works is still unclear. Because flu shots prevent infections, people who get them may be less likely to get this infection-induced aggravation of symptoms or develop Alzheimer’s.

Another explanation is that vaccines give the aging immune system a much-needed workout. “Our hypothesis is that it’s keeping the immune system active and in shape and better able to respond to the inflammation that we theorize is driving Alzheimer’s,” Amran says. “You’re giving people these ‘training wheels’ every year…to keep their immune systems active in a way that is beneficial because it’s not causing a real infection.”

The findings were presented at a conference and have not yet been published in peer-reviewed medical journals. An additional limitation is that both teams of researchers examined past medical records only, which may omit key details. For example, Amran says, these records only include flu shots folks received at a doctor’s office. People may have gotten a flu shot at a local pharmacy but that wouldn’t show up in their medical records.

To determine whether and how much vaccines might reduce the risk of developing Alzheimer’s, scientists will need to follow both vaccinated and unvaccinated people over time in large clinical trials. If vaccines such as the flu shot do influence a person’s risk of developing this form of dementia, it may be possible to further hone them to provide even more protection, Amran says.