A drone with a nose for methane 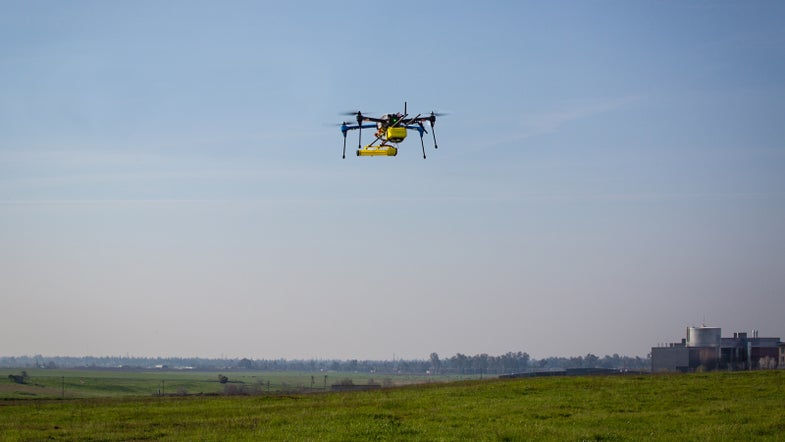 Methane is an invisible problem. The greenhouse gas is a silent partner to the more infamous carbon dioxide, and it’s much more potent at trapping heat in an atmosphere. In high concentrations or enclosed spaces, it can also be directly dangerous to human health.

It’s also a potent energy source, so pipelines carry methane across the landscape, perhaps most notoriously in Los Angeles, where almost 100,000 tons of methane were released between October and February. Sometimes, vultures can spot the leaks, but human observers can’t always tell if the vultures are looking for gas or if they found roadkill. That’s where NASA’s drones come in.

NASA, it turns out, also spends time looking for methane. It’s a potential indicator of life or life-like activity, so when they sent the Curiosity rover to Mars, they made sure it could sniff out the gas. Sometimes the results were disappointing, other times they’ve been deeply exciting.

So methane is important, and NASA’s got the tools to find it, and now they’re about to use the tools here — on the backs of drones. Using a NASA Open Path Laser Spectrometer, a new drone can detect methane by parts-per-billion, which will help detect leaks large and small.

From the Jet Propulsion Laboratory:

That’s good news for both humans on earth and future humans in space. After all, if there isn’t an earth to launch from, there’s not much point exploring the cosmos.