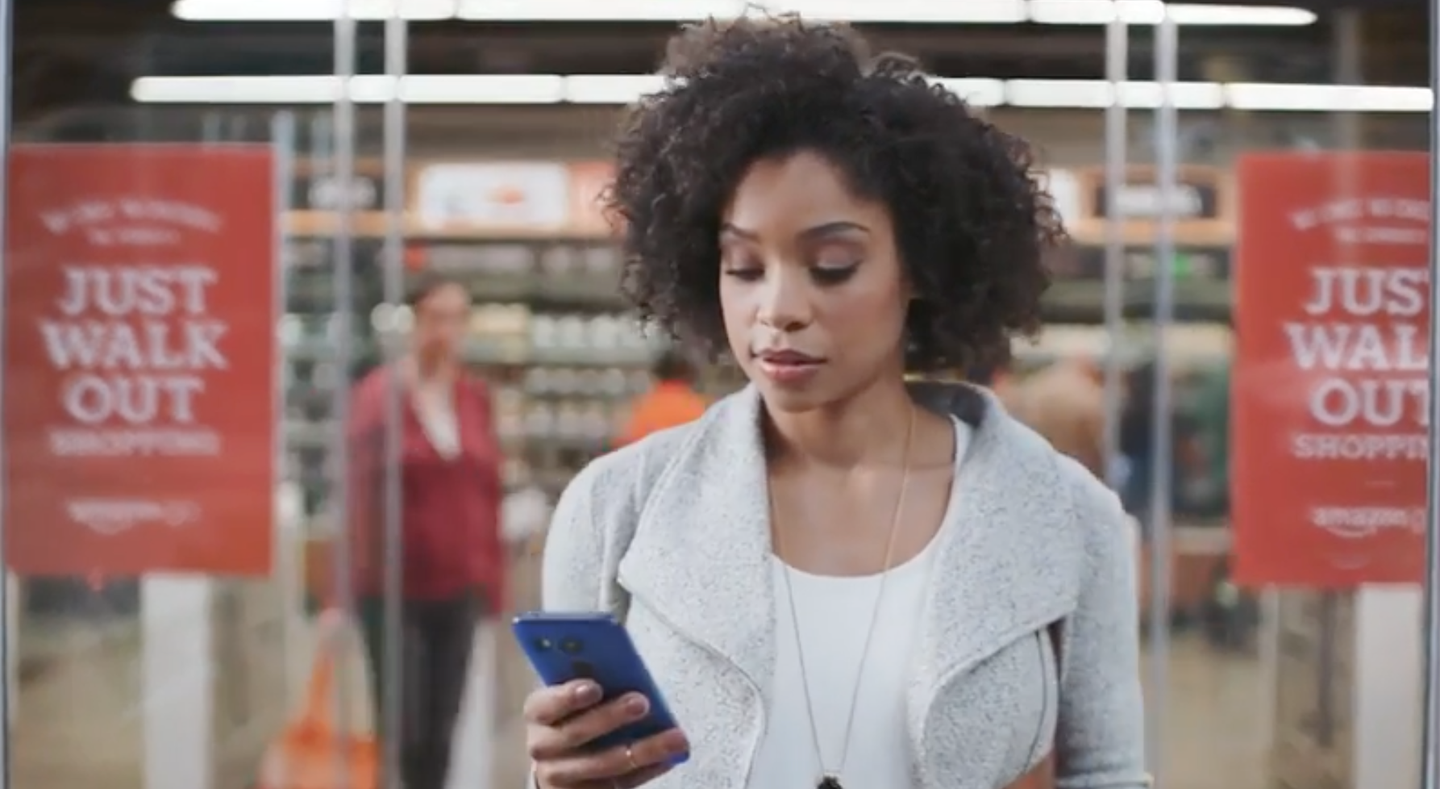 Here the shopper checks their emails for a receipt, having just left the store. Screenshot by author, from YouTube
SHARE

Seattle’s Amazon Go is a grocery store without grocers. The physical shop design, brought forth by the massive online retail giant, promises a technological marvel: a store that knows what’s in your basket, and charges customers for just that as they leave the store, no human interaction needed. It’s a weird, frictionless universe, where smartphone apps and advanced computer vision replace human interaction and, importantly, low-wage human labor.

To enter the store, customers (or maybe “users”) open an Amazon Go app on their phones, select items, and then leave through a low kiosk. How is this possible?

“Our checkout-free shopping experience is made possible by the same types of technologies used in self-driving cars: computer vision, sensor fusion, and deep learning,” boats the Amazon Go website. Broken down, that means a lot of cameras and possibly lasers (in the form of LIDAR sensors) tracking what people do in the store, what items from where get picked up, and what the user is carrying with them. “Deep learning” here likely means that the sensors were trained to tell the difference between a cupcake package and a sandwich, over and over and over again, so that moments like this can happen:

Besides the whiz-bang wonder of the experience, Amazon Go features into the larger trend of using advanced sensor systems to replace humans doing basic jobs. A comparison to driverless cars may mean more than just a similar set of sensors. Uber, the ride-summoning company, is investing heavily in developing a fleet of driverless cars, which are expensive to make but are free from labor costs. Knightscope, a security robot that uses cameras and LIDAR to patrol parking lots and malls, exists in a similar space: an advanced robot, priced at a point where it is cheaper to hire than humans doing the same job.

In the commercial for Amazon Go, we see only one human employee of the Amazon Go store at all. (He’s behind the scenes, making sandwiches. That job, so far, seems off-limits to machines) That’s partly the appeal of the concept: stopping in to buy a sandwich without having to wait in line or even talk to another person. But it’s also part of Amazon’s consistent vision, where robots and algorithms do much of the work, and humans engineer or assemble it all out of sight. The Go store is, like the Amazon dash buttons and Amazon’s investments in shipping before it, a way to make shopping effortless to the consumer, thanks to a great deal of wizardy behind the scenes. And with Go, Amazon makes a stab at the hardest market for a delivery company: perishable food, available as soon as people are hungry. To compete in that space, Amazon is employing a cutting edge technology, a seamless buying experience, and likely fewer people for a grocery store than you’d expect.

Watch the commercial below: