A Stringless Guitar Simulator That Anyone Can Play 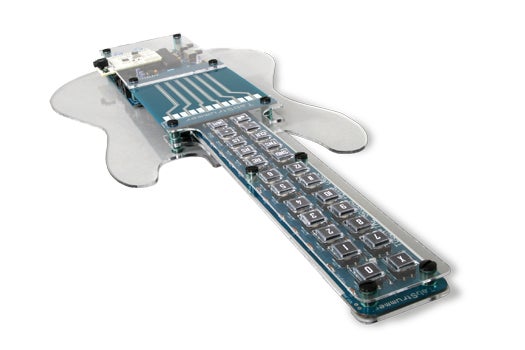 On a tiny 32-kilobyte memory chip, the Tabstrummer can save up to 300 “songs,” or combinations of preprogrammed chords. Rather than picking strings, the player rubs a finger against conductive copper traces etched into the instrument’s body and touches aluminum tape on the back of the neck, completing an electrical circuit. A microcontroller sends commands to a sound generator based on which traces the guitarist touches and which chord is active. In response, the sound generator activates either a set of tones stored in an onboard sound-module board (through headphones) or a much richer range of sounds from audio software on a connected computer. Sowa and Zagainov plan to sell a refined version of the Tabstrummer, complete with buttons to aid guitar solos, as well as controls that affect pitch and mimic the bluesy effect of bending strings.

The Carnegie Mellon undergraduate robotics club built this robotic vibraphone. Software sends a command for each desired note to a microcontroller, which activates one of 30 solenoids, each assigned to a particular vibraphone bar. When electrical current pulses through a solenoid, it produces a magnetic field and pushes a piece of iron against a spring. That opens a gate long enough to allow a ball bearing—one of 6,000 in the Vibratron—to fall through a plastic tube onto a bar and sound a note. 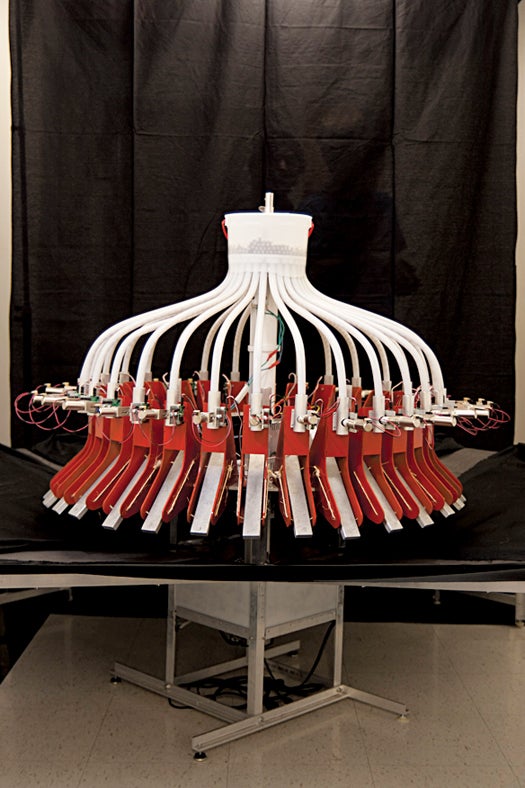 Brooklyn artist Nick Yulman’s unusual instrument melds books and drums. Opening to a page activates an optical sensor connected to a microcontroller, which requests a preprogrammed riff from audio software on a laptop. Solenoids then tap on the bottom of other books or an Erlenmeyer flask at up to 2,000 times a second, vibrating the object and creating a tone. The software also assigns beats to robotic mallets on conventional drums. 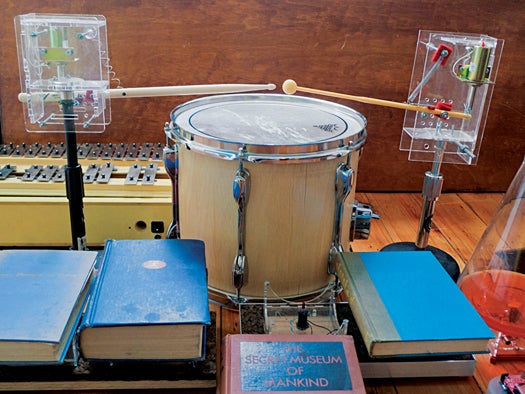