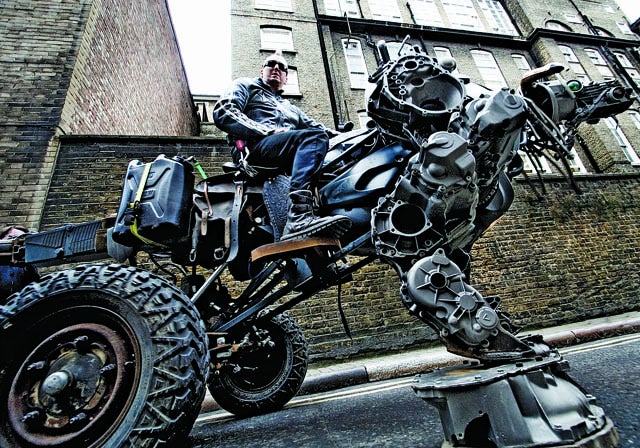 “Lrry has no brakes,” says builder Lyle Rowell. “Nor do I.”

The contraption is the product of four months of Rowell “crawling around in the scrap and dirt” to gather parts that he liked. He took an engine from an old Volkswagen Bug–like Citroën and stuffed it into two chopped-up and welded-together motorcycle frames. Aside from propane for Lrry’s fire breath, Rowell was able to scrounge up nearly every part, all the way down to the linkages and sprockets.

A chain-driven crankshaft moves Lrry’s legs, and an electric-hydraulic pump turns the wheels in the back. Its top speed is a poky 0.6 mph, but Rowell isn’t ashamed of his robo-pet’s sluggishness. “I believe,” he jokes, “that it was Confucius who said, ‘It does not matter how slowly you go, so long as you do not stop.'” 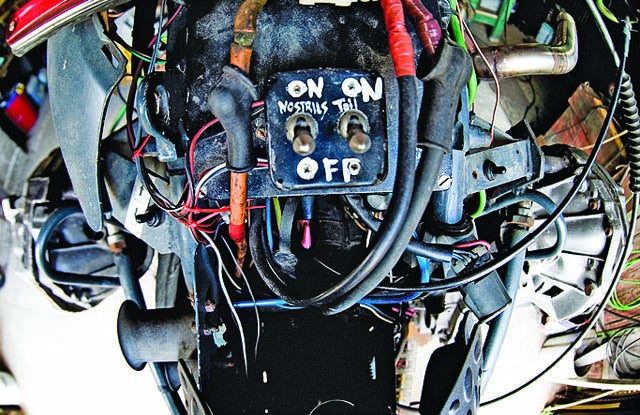 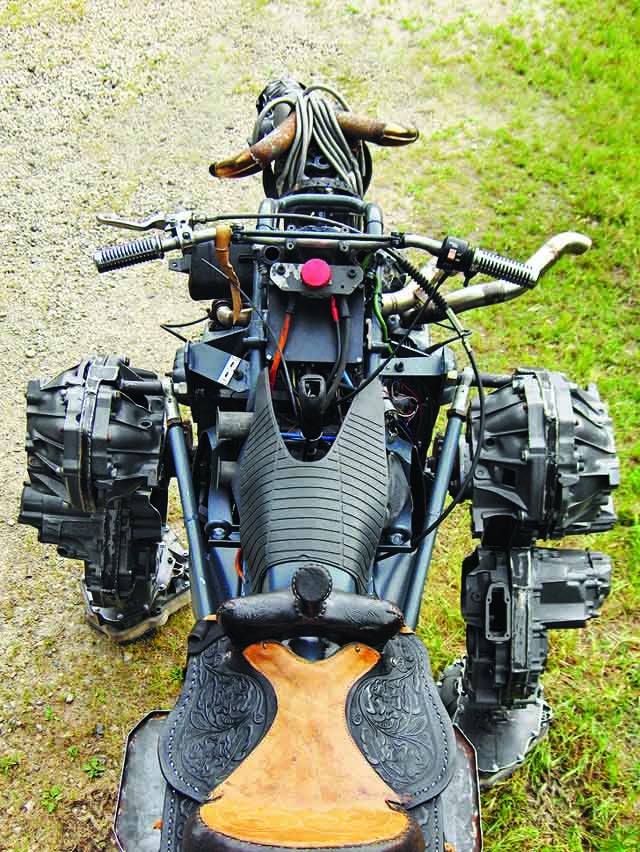 Rowell uses a pair of modified motorcycle handlebars to throttle and steer the beast.

SKELETON
To give Lrry its hump-like shoulders, Rowell took part of an old BMW 650 motorcycle frame and welded it upside-down over the top of the engine. He built the rest of the chassis from box steel and the chopped-up frame of a Suzuki 750 bike. Then he added legs fabricated out of sheet metal for rigidity and decorated them with gearbox housings from a few old Fiats.

GUTS
Lrry runs on a two-cylinder, 26-horsepower Citroën engine, which powers a modified gearbox with a built-in drive axle that Rowell hooked up to a chain drive. The chain connects to a homemade crankshaft that moves the legs. To cope with all the electric needs of the electro-hydraulic pump that turns the wheels, Rowell replaced the engine’s original alternator with a higher-output device from a more modern car. He took the handlebars from a salvaged motorcycle.

HEAD
Rowell stripped another gearbox (from the same Citroën) of its internal parts and mounted it on the motorcycle frames to make Lrry’s head. He used specialized valves to open and close the flame-spewing nostrils, which are fueled by a camping-style propane tank with a high-pressure regulator. Another valve in the tail spits fire out of the back. 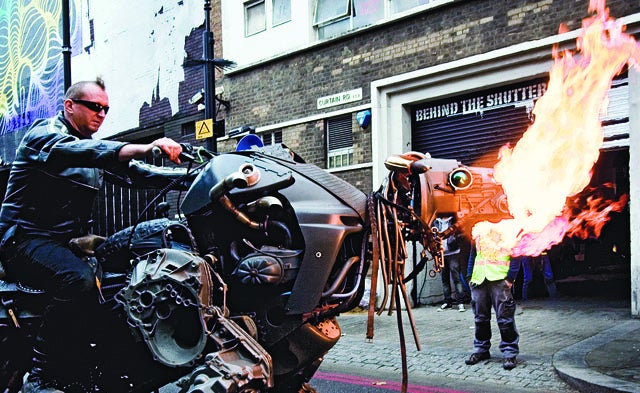 Among the few materials Rowell had to buy was the propane for Lrry’s fire breath.