Can pulsing 36 high-powered LEDs invoke sea-sickness? Adafruit have put together a $250 non-lethal weapon modeled after a 1 million... 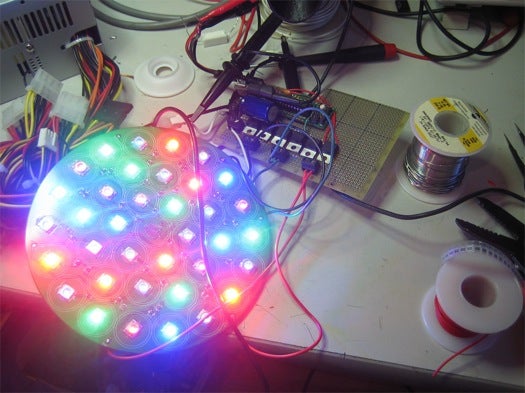 Can pulsing 36 high-powered LEDs invoke sea-sickness? Adafruit have put together a $250 non-lethal weapon modeled after a 1 million dollar government project. The source code, schematic, and circuit board files are available. Included is a helpful video describing how she learned about these weapons and tests her own unit out on her boyfriend.

This setup is using 36 LEDs that are pulsing at 11Hz. The LEDs are a mix of blue and green for a “more effective result”, but red can be used as well. The PWM (Pulse Width Modulation) is being accomplished through a modern arduino. The PWM pins are wired up to high powered N-FETs (big transistors) in order to provide power to the LEDS based on the arduino pulses.

There are a few things that this project explains which can be useful in other projects. 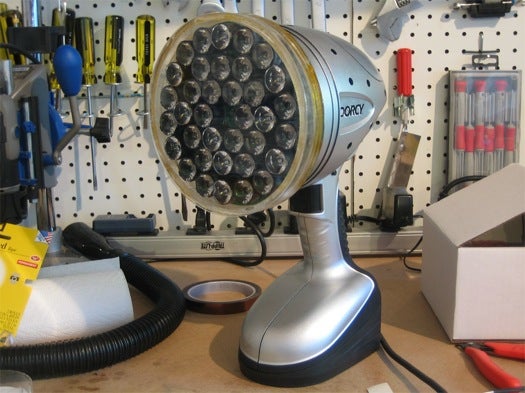 I’ve blinded myself with my own high powered grow lights before. It is disorienting and the flashes would reoccur in my own vision for up to a hour later. While the bedazzler has not yet induced vomiting Ladyada has confidence that with a open design someone will figure out the magic combination of LEDs and pulses to make a fully effective unit.