Six tons of steel that lumbers around on eight giant legs 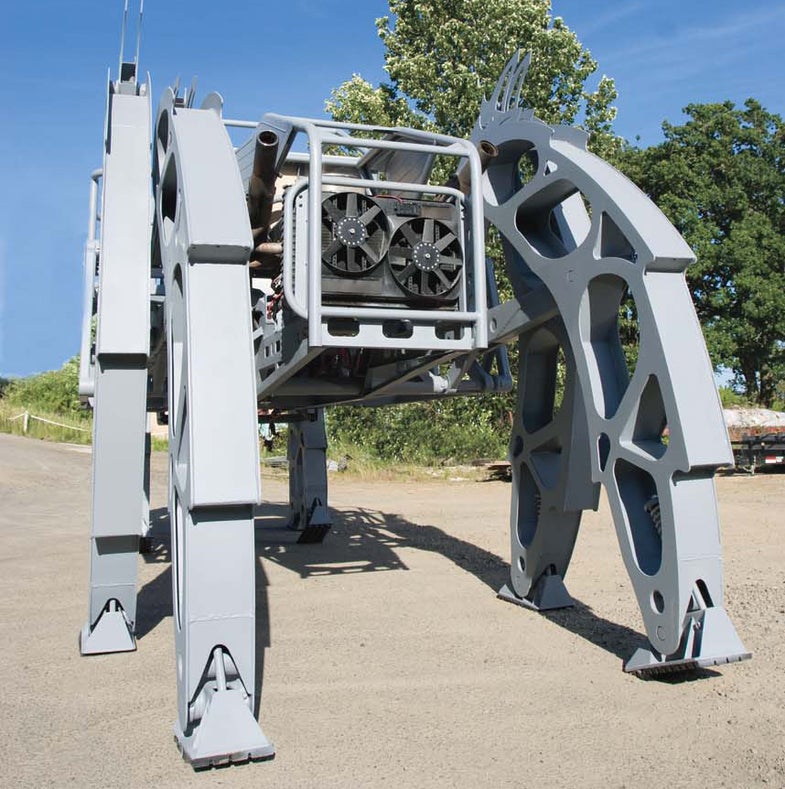 Martin Montesano had been captivated since childhood by enormous walking machines like the ones in The Empire Strikes Back. A few real-life versions have been built before, but they never lived up to his vision. He wanted his to be huge. 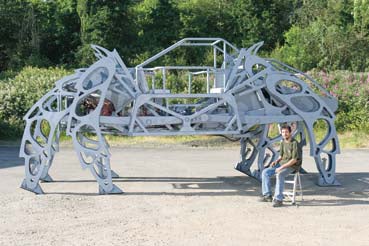 After three years of labor and $50,000, Montesano’s obsession has taken the form of a 12,000-pound, 23-foot-long steel vehicle, dubbed the Walking Beast. He first found a mathematical formula online that determined how all the parts could connect to make an eight-legged machine walk properly. But he still needed several months of experimentation to make the numbers work for a version whose moving parts alone weigh 6,000 pounds.

Working at his Oregon steel-fabricating business, Montesano is now adding features, including an elevator to load passengers. One thing he won’t be doing with it, though, is sneaking up on people. The Beast trudges around at just shy of five miles an hour. And once it gets going, every step it takes shakes the ground 500 feet away.

Time: 3 years
Cost: $50,000
LOCOMOTION Powered by a Chevy V8 engine, the 650-pound axle runs the crankshafts that move the legs.

SUSPENSION For a smoother ride, Montesano designed a leaf-spring system (similar to suspensions in big trucks) to slow the legs just before they hit the ground.

TURNING A hydraulic A-frame takes weight off the legs on one side, acting as a pivot around which the other legs can walk the Beast in a circle or make a turn.