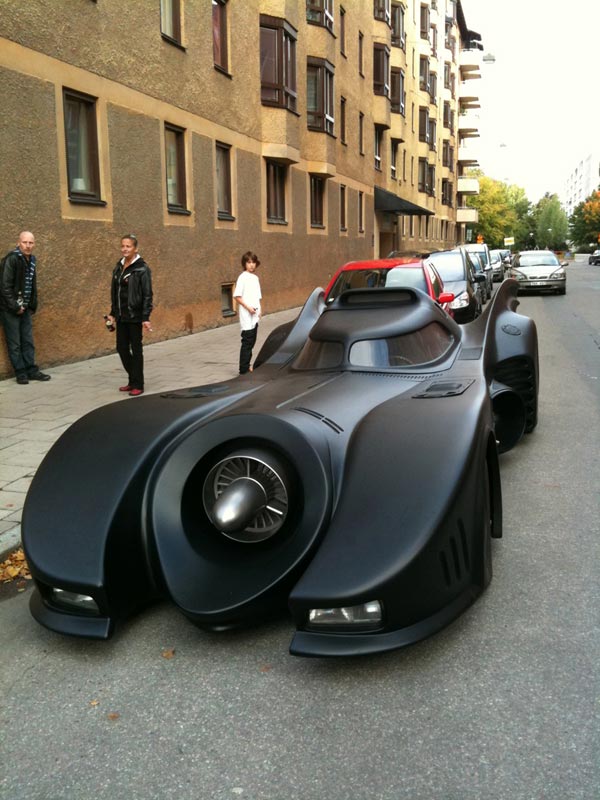 Seems just about anyone can drive like Batman these days, if they have $1 million and 20,000 man-hours to spare. No doubt this Swedish man felt just like Bruce Wayne during those long three and a half years, except without the financial muscle of Wayne Enterprises or a wise-cracking Alfred to bring him tea during breaks.

The tinkerer stuffed a 1973 Lincoln Continental chassis with gadgets such as voice recognition tech, rear-view cameras, satellite navigation, and of course machine guns. A DVD player and a plasma TV are also crammed somewhere in there, for those times when driving a Batmobile gets tedious. After all, that Stockholm traffic gridlock can become deadly dull even in a car with 700 horsepower.

This version of the Batmobile doesn’t quite make it to the military-grade Tumbler featured in Christopher Nolan’s Batman films, but should still manage to turn plenty of heads. Here’s an idea for the driver — watch The Dark Knight while cruising the streets at night. Now that’s meta.