You Built What?! The Luxury Motorcycle Sidecar 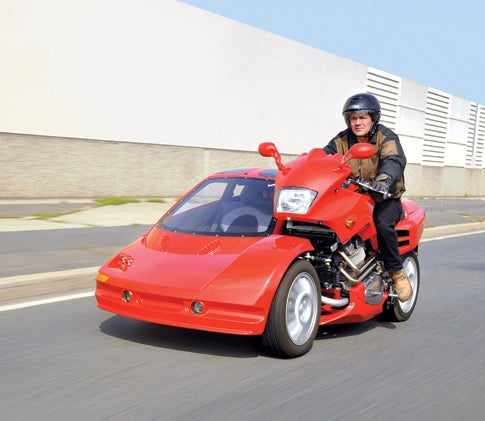 In 1989, François Knorreck took a long ride in the sidecar of a friend’s motorcycle and enjoyed it so much that he decided to build a rig of his own. Now, 20 years, 63 bodywork molds and innumerable headaches later, he has it: a handcrafted masterpiece that’s part motorcycle, part Lamborghini.

Knorreck, a 45-year-old French medical technician, started by sketching pencil designs and then built a full-size wooden model. He had worked on motorcycles in the past, but figuring out how to distribute the sidecar’s weight and where to position its single wheel were wholly new challenges. After determining the dimensions, he machined an aluminum chassis and moved the sidecar’s wheel forward to keep the vehicle stable and prevent it from veering. He also had to beef up the motorcycle’s headstock bearing—a piece of the steering column that bears most of the sidecar’s weight.

At the motorcycle’s controls, Knorreck has pushed the vehicle to 125 miles an hour, near its estimated top speed, but never intends to fully open it up. After all, he says, despite the sidecar’s looks, it’s only along for the ride. 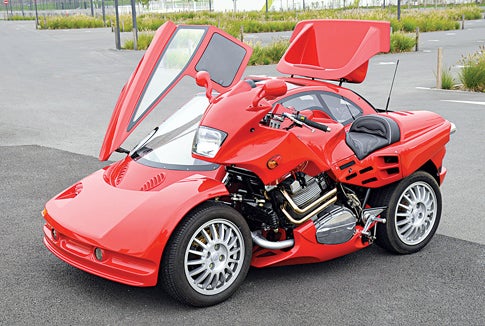 The sole door opens Lamborghini-style, driven by an electric motor. 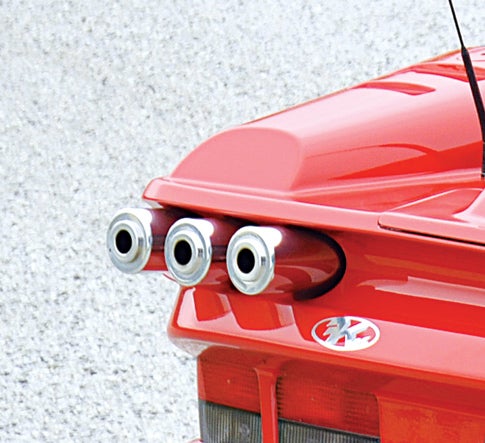 “The part that I’m most proud of is the bodywork,” Knorreck says. “Not the design, but the high level of finishing.”

BODY
The sidecar isn’t merely welded to the motorcycle—the two are seamlessly linked, from the chassis to the wiring to the carbon-fiber, hand-crafted body. Getting the two pieces to work in concert was no easy feat. With the sidecar’s wheel positioned too far forward or back, the off-kilter weight distribution could cause the bike and sidecar to roll forward and to the right. (Errors distributing the vehicle’s 877 pounds could also put excess strain on the frame, leading to structural cracks.) To remedy these problems, Knorreck built an adjustable aluminum chassis so he could tinker with the wheelbase and other elements to see what worked best before adding interior parts. He found that moving the sidecar’s wheel forward just enough, relative to the motorcycle’s rear one, provided additional stability and ensured a straight ride.

FUEL
The original motorcycle had a gravity-fed system in which the fuel ran down to the carburetors from above. But Knorreck found that he had to relocate the tank and place it underneath the body of the sidecar. Then he added an electrical pump to route the fuel to the engine.

COMFORT
Knorreck built the entire frame and body of the sidecar (he had to make 63 different molds by hand to create its various carbon-fiber panels), but he’s no upholsterer, so he had a friend custom-manufacture the seats. Just in case tooling around in a freakishly cool sidecar wasn’t enough for his passengers (it can seat two at a time), he installed a stereo system. For that, however, he kept costs to a minimum, using an old radio from his father. 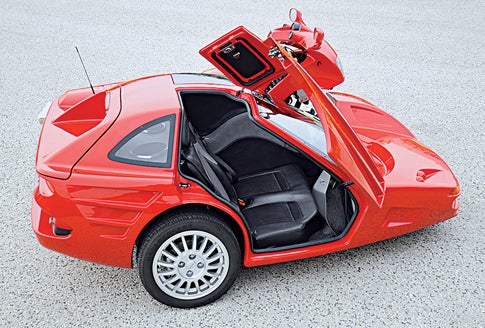