DARPA Wants ‘Precision Jamming’ To Take Enemies Out of the Conversation

On the battlefield, communication is key. So while improving comms between our troops is a vital part of the military’s... 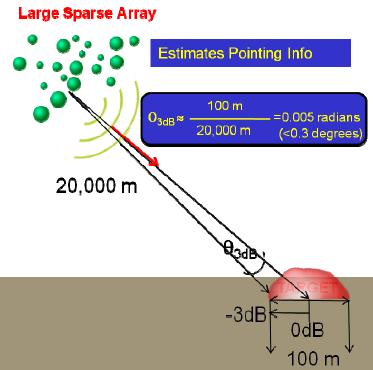 On the battlefield, communication is key. So while improving comms between our troops is a vital part of the military’s technological mission, the mad scientists over at DARPA are scheming up a new way to deny communication to the enemy in a very precise way. DARPA is seeking proposals for a way to use an array of low-power transmitter nodes in the sky and on the ground to perform “surgical jamming” that will knock out communications signals “on the order of a city block corner” while leaving surrounding areas unaffected.

DARPA envisions two modes of operation for the technology, known as PREW (for Precise Electronic Warfare). One method, called point-to-an-area, will utilize an ad hoc array of transmission nodes that are precisely synchronized to project energy on a limited location in space — an area, say, 100 meters across — from as far as 20 kilometers away. Which frequencies DARPA will jam is their little secret, of course, but the idea is to knock out GPS satellite navigation, CB-type radio bands, and cell phone signals. So if friendly troops are conducting operations in an area and command wants to disable an enemy communications bunker or a missile installation, for instance, it can simply jam signals in that precise area without knocking out friendly communication links nearby.

The other M.O., point-to-a-spot, is even more precise. The array and range are the same as above, but this time, rather than homing in on a certain geographical locale, the nodes concentrate on a beacon. This beacon can be one of the nodes in the array, an active participant in the system, or a device that is unaware it’s being used as a beacon. So the system could lock onto an enemy cell phone, for instance, creating a bubble of jammed space around it that moves wherever the cell phone moves. Beacons can also be planted, if the enemy isn’t carrying a suitable marker beacon.

The applications for the aforementioned technology are vast. Enemy communications could be knocked down during the insertion or extraction of troops from combat zones, minimizing an enemy’s ability to respond. Commanders could disable a particular defensive installation, like a radar site or an anti-aircraft installation. It’s even feasible that an enemy missile in flight could be wrapped in satellite navigation denial, throwing it from its course.

But the technology could also be beneficially turned toward our own troops. If DARPA can harness the technology to place a bubble of cell phone blockage around traveling Humvees while still keeping soldiers’ radio bands clear, they could rob insurgents of a primary means of remotely detonating IEDs. It’s the closest DARPA’s come to a force field yet; at least, as far as we know.

[via DARPA via The Register]