Did This Drone Just Catch A Fish?

Drone, drone on the farm 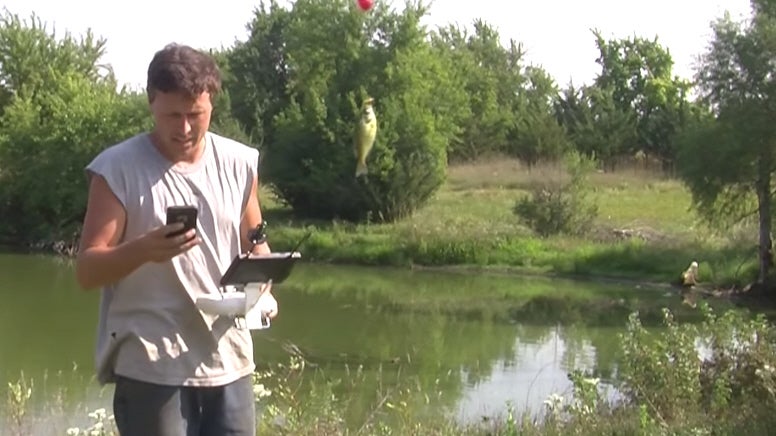 In the video, Klingenberger, using a DJI Phantom 2 quadcopter, seemingly snags a small bluegill straight out of a small lake and then flies the drone up and back to shore, just in time to pose for a snapchat portrait.

Over email, Klingenberger said it only took him about 10 minutes to catch the bluegill, because there were a bunch of them in the lake and they bit pretty quick. He says he used an old fake worm found in a tackle box as bait.

Here’s the drone catching the fish from another angle.

Klingenberger says it’s tough to catch fish with a drone, and he doesn’t recommend it. The fish that Klingenberger pulled from the water is small, and while it only took him about 10 minutes, the $500 Phantom 2 (more with a camera attached) can only fly for about 25 minutes. A clever trick, but probably a far less efficient way to catch fish than just using a $20 fishing rod.