Drone At DEFCON Hacks From The Sky 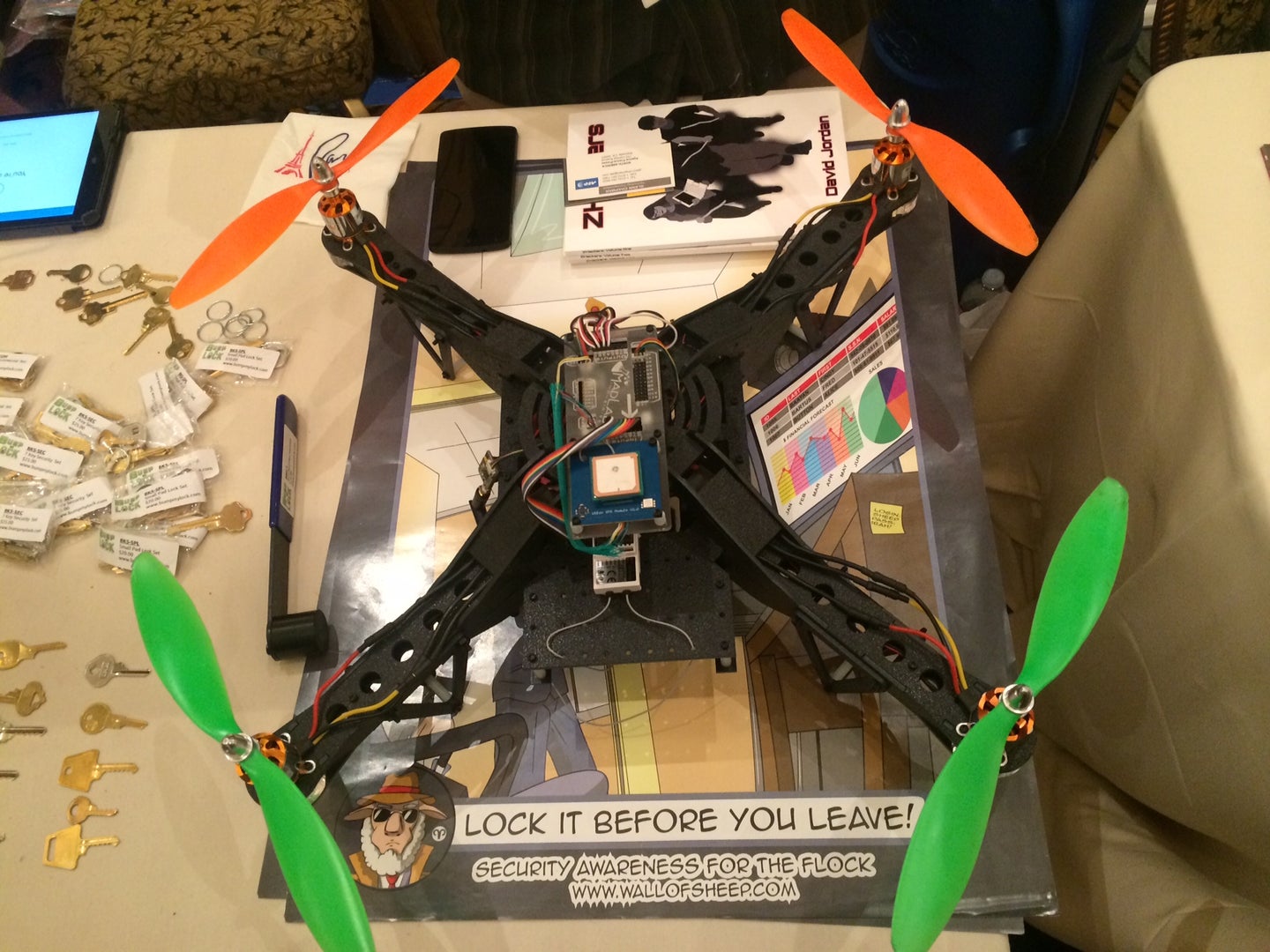 At their core, drones are little more than computers that fly. At DEFCON, the large hacker conference held annually in Las Vegas, David Jordan of Aerial Assault revealed a drone that can swoop down and break into computer networks. On board the drone, an ultra-cheap Raspberry Pi computer runs Kali Linux, an aggressive cybersecurity diagnostic tool that looks for weaknesses in the systems it attacks. Set up as a security testing tool, with some reconfiguring it could go from a testing device to an actual weapon.

The Aerial Assault drone looks for unsecured networks, and using its onboard GPS it records the locations of the targets and relays that information back to the remote pilot. The pilot can then decide whether to use Kali Linux to, say, hack into the network’s servers.

Jordan says the drone will retail for $2,500, which is on the upper end for hobbyist drones but absolutely within the budgets of businesses or government buyers.

Earlier this summer, emails released by Wikileaks showed that Boeing was potentially in talks with offensive hacking outfit Hacking Team to develop a rugged drone that could hack from the sky. Aerial Assault’s hacking drone might not be as rugged as what the venerable defense contractor could provide, but it shows there is at least some interest in drones as target markers for cyber attacks.