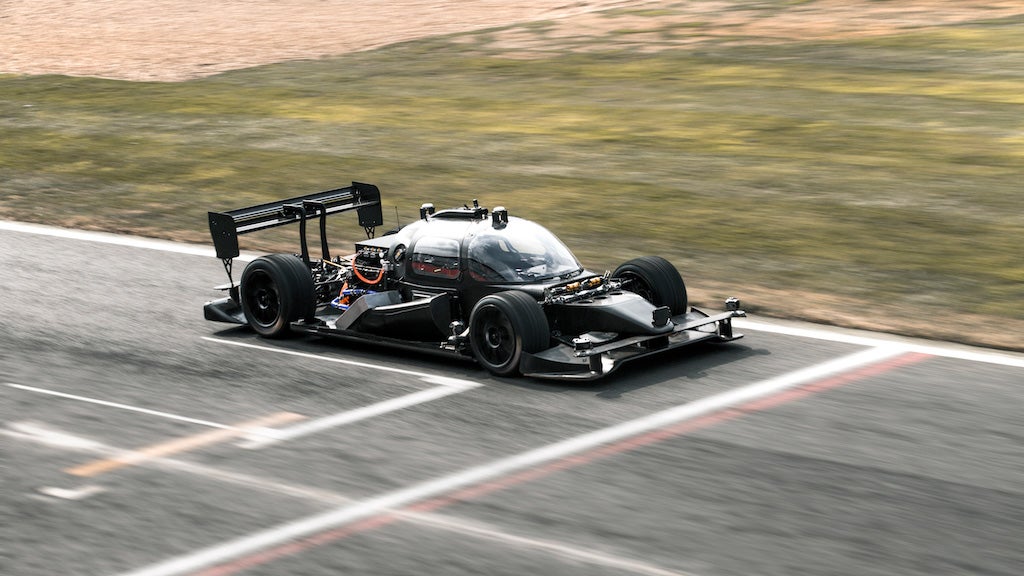 Roborace, the entirely autonomous electric car race that will run on the same courses as Formula E, took a big step toward reality when the series unveiled DevBot at the Formula E open practice sessions in Donington, UK. Devbot may not look like much — it certainly doesn’t look like the sexy green Robocar designed for the series by Daniel Simon — but this test sled has everything but the skin of that car.

And DevBot has a driver.

The bare-bones car was built to test the technology that will be used by Roborace, so it has the exact same drivetrain, sensors, communication technologies, and processing capabilities as the race car will have. But it’s still in the testing stage, so there is a driver inside a custom-built “standardised safety compliant racing cabin” while DevBot is on the track.

The DevBot team has reached this point in the development of an autonomous race car in about 9 months, and Roborace is scheduled to begin during the 2016/17 Formula E race season. Teams for the series will come from motorsports, research laboratories, and universities. These teams will have a chance to experiment with DevBot before a pre-qualifying process next month, according to Roborace organizers. 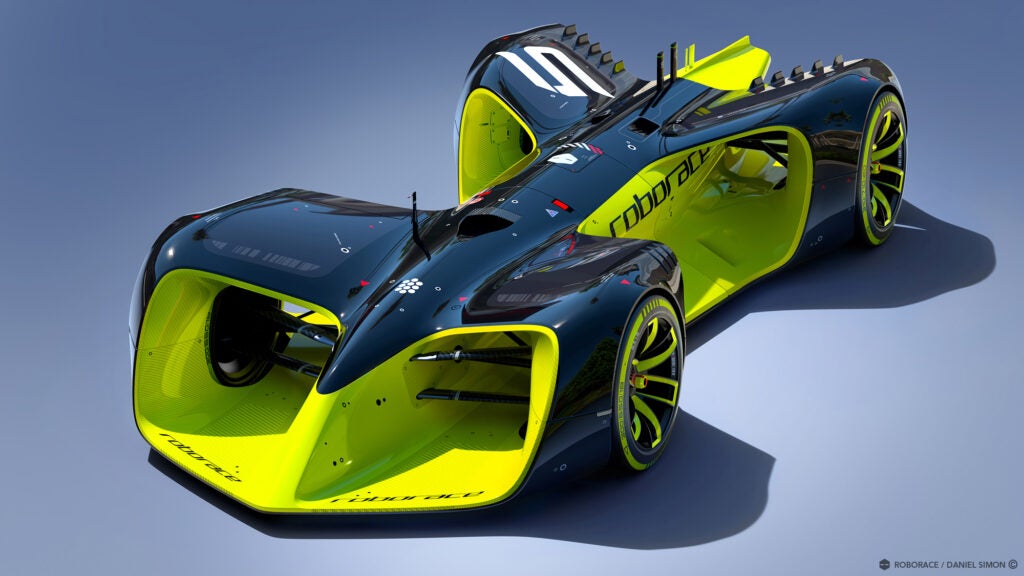