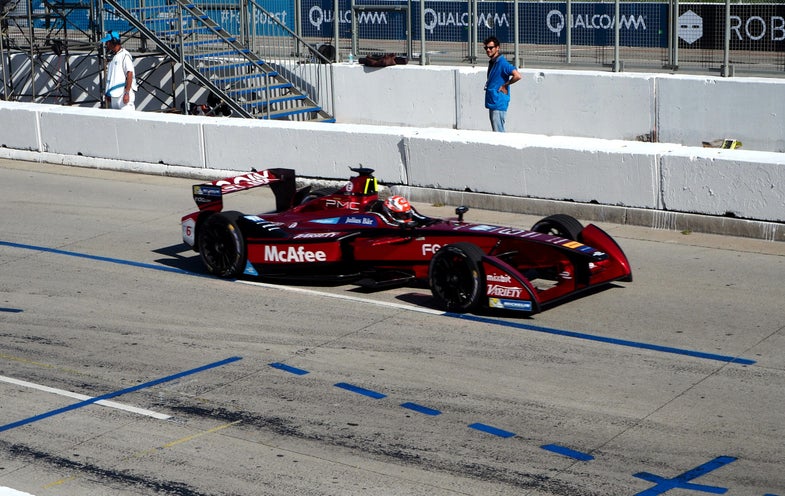 Changes are afoot in Formula E, starting with the expansion of the 2016-2017 calendar from 12 races to 14. The season will start with newcomer Hong Kong, which is followed by another new race in Marrakech, the first Formula E race to be held on the African continent. The end of the season will be stacked with the other three new cities on the circuit, Brussels, Montreal, and New York.

There will be a special event, the FIA Electric Mobility Forum, in Las Vegas in January 2017. It is surely not a coincidence that this event falls smack-dab in the middle of CES 2017, also held in Las Vegas.

The losers in the third season of Formula E are London—where the double-header finale was held this summer—along with Beijing; Putrajaya, Malaysia; Punta del Este, Uruguay; and Long Beach, California. There are still two empty slots in the calendar, in April and June 2017, so if one of those was your favorite race venue, cross your fingers that it will be reinstated.

There are still 10 teams competing for the championship, but two of them are new for next season. Jaguar is fielding a team, its first official motorsports entry in more than a decade. And Techeetah, a Chinese team, is taking over Team Aguri. The other 8 teams on the grid have been with the series since its first season.

And there’s one other new-ish name for 2016-2017. Faraday Future, which sponsored the 2016 Long Beach event at the last minute, will be sponsoring Dragon Racing this season. Faraday Future Dragon Racing, as the team is now called, has already confirmed that it will retain its two drivers from the second season. The electric car startup company will provide software for the team to improve drivetrain performance.

The partnership will extend into season four of Formula E, when series regulations will allow Faraday Future’s powertrain components to be used in the Dragon Racing car. Faraday expects to be able to use the inverter from its as-yet-forthcoming electric vehicle in the 2017-2018 race car. But there’s no word on whether the fourth season will see Roborace in action.