It’s time to delete most of your apps

Unused apps on your phone can do more harm than simply taking up space. 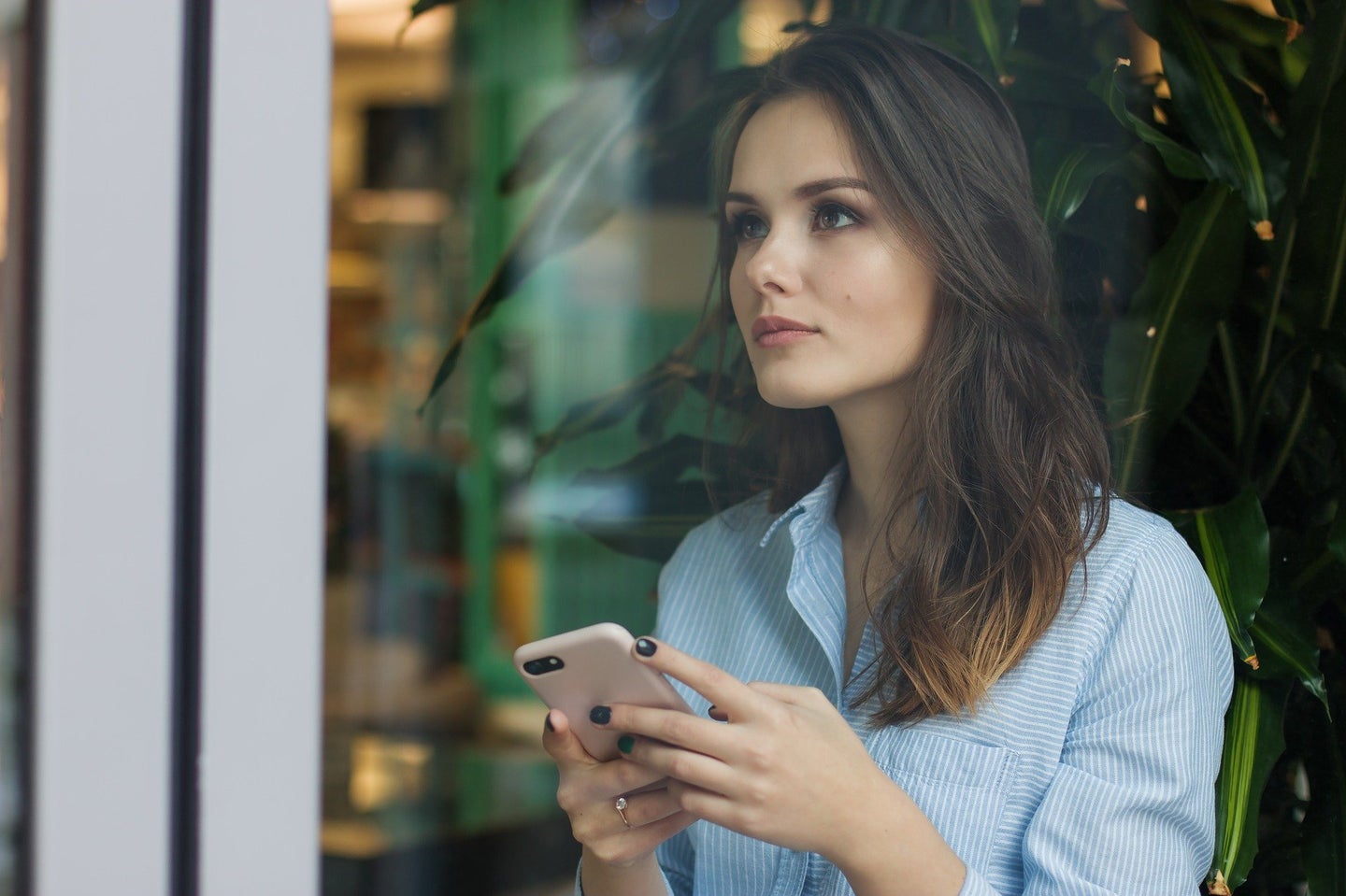 This story has been updated. It was first published in June, 2019.

“This is a catastrophe,” my wife said—slightly horrified—as she swiped through page after page of apps on my phone. “Why do you even have most of these?” It’s a good question.

It’s hard to believe that just 13 years ago, the App Store icon showed up on the iPhone. It debuted with just 500 apps total, but that number has grown to roughly 2 million. It’s an embarrassment of riches when it comes to applications, but some of them are, frankly, kind of embarrassing. Unless you’re meticulous about your phone maintenance practices, there’s a good chance you’re toting around more apps than you need—and it could be harming your overall smartphone experience.

This is a perfect opportunity to head into your smartphone (this goes for Android users, too) and clean out some of those ill-advised downloads from the past decade. Yes, this means parting ways with that fart sounds app.

The concept of “digital hoarding” is still mostly a colloquialism at this point, but the idea that a large quantity of apps and data prevent us from effectively finding and utilizing utilities that are actually useful becomes painfully apparent when scrolling through page after page of superfluous downloads. And the underlying mechanism for keeping them around likely touches on the brain’s ability to create illogical, emotional attachments to things we think we might need later. Breaking the connection is hard, but has tangible benefits.

While cleaning up your apps will make your phone more appealing to use and look at, it can also make it more secure. Old apps that no longer get updates or that you haven’t updated in some time because you never use them can harbor serious security flaws. Those are mostly edge cases, but imagine how bad it would feel to endure a hack because of a novelty sound effects app you downloaded to rag on your friends.

iOS will delete apps you don’t use for you, but it will hold onto the data from them in case you re-install later.

See what apps you really use

A quick flick through your apps will likely reveal a few old zombies that you haven’t opened in months or years. That app you downloaded to sync up to a camera you lost on vacation two years ago? That app that shows you what your face would look like if you were an old man, which was fun for about three minutes and then you never used it again? They can go.

The iPhone has an automated way to kill apps that you don’t use anymore when it needs to free up space on your device. Go to settings > General > iPhone Storage and it will give you an option called “Offload Unused Apps,” which automatically deletes apps you don’t use regularly, but saves the documents and data that go with them. As a true app slob, I discovered that this option would save me more than 23 GB.

Even if apps themselves aren’t that big, the data they accumulate can take up a lot of space.

Find the apps hogging your storage

Some apps take up a lot of space all on their own. Games with fancy graphics like PUBG, for instance, can claim gigabytes worth of space on your built-in storage. Some smaller apps, however, will grow as they accumulate data. Photo, video, and audio editing apps are notorious for this kind of bloat because they store versions of the original media inside them. Other apps like social networks will continually build up stored data until you go in and clean them out periodically.

Going into Settings > General > iPhone Storage will also give you a running tally of how much space each app is taking up. Clicking into a specific app will tell you how much storage is dedicated to the app itself, and how much is dedicated to the documents and data it has accumulated. Selecting “offload app” will remove the application, but keep the data so you can re-install it later and pick up where you left off.

For Android users, the process is slightly different. Try going to Settings, Apps & notifications, and then App info to see a list of your apps and their sizes. 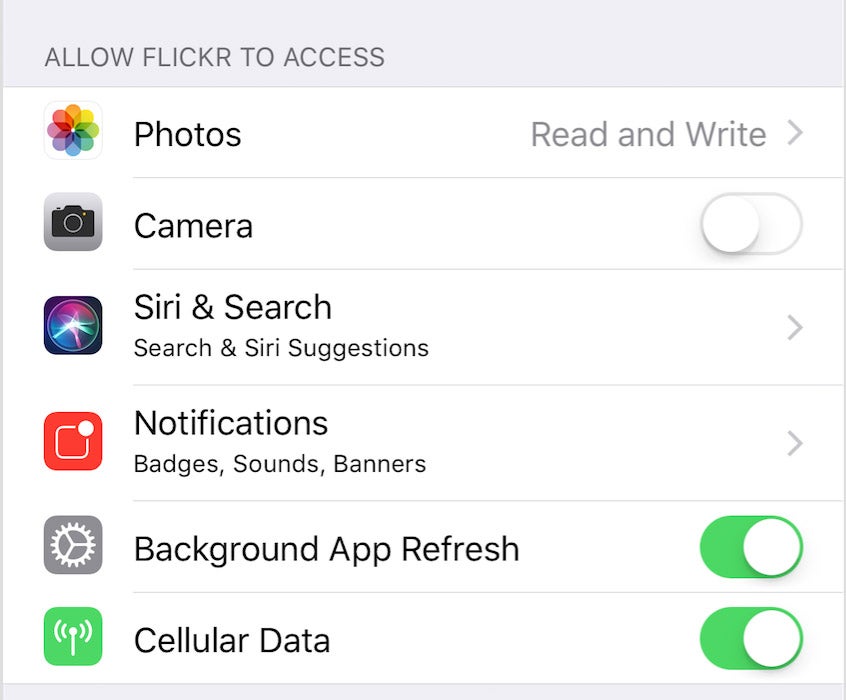 Don’t give your apps more access than they need.

Delete the apps that track you the most

The year 2008 was a different time for app users. Most people didn’t consider the fact that a simple flashlight app or a powerful social network might do everything in its power to try and track you and gather up enough information to create a Westworld-style robot in your likeness. Now, of course, we know how naive that sounds.

Unfortunately, there’s no dead-simple way to find out what kind of tracking apps are performing as you tap away. Going into the Settings page in iOS will give you a running list of all the apps you have on your phone, and simple indicators about which aspects of your device they can access. It’s a good practice to go in and turn off location access—or at least switch it to “while using the app” to prevent it from keeping tabs on your location at all times. (A subsequent version of iOS introduced an option that allows an app to access your location one time during set up and then ask you for permission every subsequent time; and iOS 14.5 also unveiled a brand-new feature that allows you to “Ask App Not to Track.”)

Another option is to go to Settings, then Privacy, then Location Services. There you will see in one place a long list of applications, and the location permission level you have granted each.

Google introduced a feature that automatically deletes the data that it collects about you after a certain amount of time. It’s a feature you may want to enable, even if the company says that cutting the amount of data the company has about you may affect its ability to serve you relevant ads or show you suggestions for local businesses when you do a search. The easiest way to do that is to sign into your Google account on a desktop, click on your Google account icon in the upper right corner, then Manage your Google Account, then look for Activity controls in the Data & personalization area.

And to manage your apps and location on your Android phone, try going to Settings, then Location, then “App access to location.”

In short, it’s a great time to prune the applications on your phone. Your life will go on without the app that makes your photos look like oil paintings. Promise.