How to get internet to every corner of your home 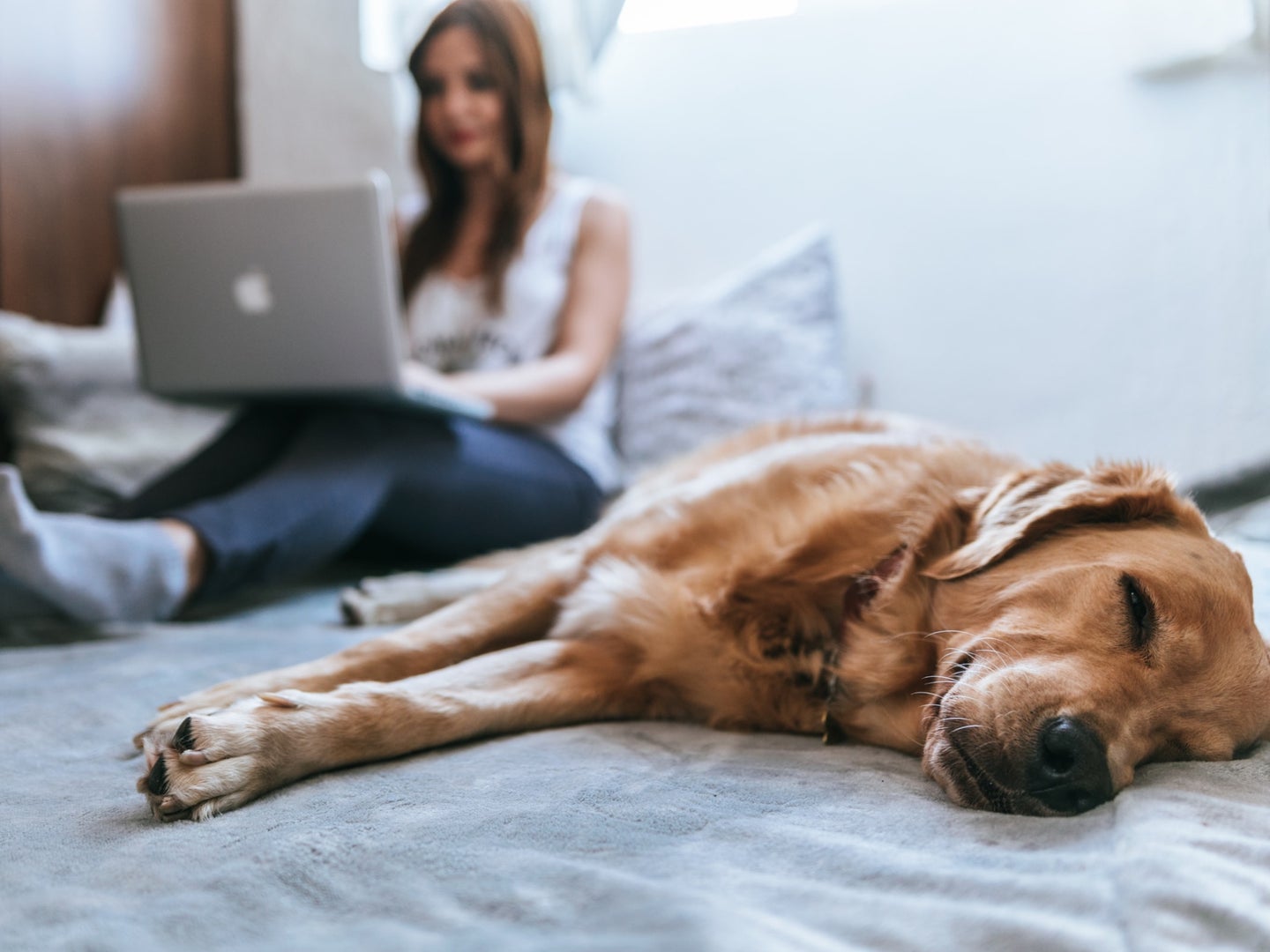 Setting up a home network that works is important when you want to be near your dog at all times. Bruno Emmanuelle/Unsplash
SHARE

This story has been updated. It was originally published on February 15, 2017.

Internet access at home has become almost as essential as water and electricity (and maybe more so for the most plugged-in of us). But problems getting Wi-Fi to every corner of a building aren’t uncommon. If you do have dead spots in your house, don’t despair. Whatever the size and shape of your space, you can take steps to remedy the problem.

Shifting around the router provided by your internet service provider (ISP) might seem like a primitive solution to a technical problem, but it can make a significant difference. If you can, position your router somewhere in the middle of your house, or as near as possible to the devices that are going to need it.

Wi-Fi signals struggle to get through concrete or brick walls, and wireless devices such as microwaves and baby monitors can also interfere with Wi-Fi speeds, so bear this in mind when you’re scouting for a location. Science has shown that large fish tanks (all that water) and Christmas trees (all that electromagnetic radiation) can also have a detrimental effect.

You’re going to be somewhat limited by the location of the internet feed coming into your home, but creative router placement can be a quick and easy way to eliminate Wi-Fi dead spots. Even just buying a longer connecting cable between the router and wall socket can give you more room to play with.

[Related: Ethernet and a mesh network will permanently solve your Wi-Fi issues]

In terms of getting your kit positioned, you should also note that newer laptops, phones, tablets, and other devices will have Wi-Fi adapters that are more sensitive and powerful than those on older hardware, because the technology is improving all the time. So if you can, get your oldest computers and gear as close to the router as possible and let the newer devices sit farther away.

Set up a wired internet connection

We’ve all come to rely on Wi-Fi, but it’s also worth weighing the option of setting up a few cabled access points around the home. You’ll need some Ethernet cable, some pins to keep it in place, and some spare Ethernet ports on the back of your router.

Wired internet access is not as convenient as wireless (you can’t walk around with your laptop, for a start) but it comes with two key advantages: security and speed. With a wired internet connection, there’s nothing to interfere with the internet signal and much less chance of any of your neighbors snooping on your activities without physical access to the router.

You don’t need to hook up everything with wires, though. If you can run an Ethernet cable from the router up to an attic, for example, then you can attach a second router or a wireless access point to the other end, creating a separate Wi-Fi network just for the attic or whatever room you’ve led the cable to.

There’s no one-size-fits-all solution, but don’t dismiss older wired connections when setting up a home network. There’s now such a variety of consumer networking kits to choose from that you can easily create a bespoke setup without too much cost.

Buy a Wi-Fi repeater or a better router

Some ISPs—check their support sites and forums for details—allow you to swap out the standard router they supply for different one. Manufacturers including D-Link, Netgear, and others offer super-powered routers with extra antennas and more range, which could be a solution to your Wi-Fi woes.

More and more companies, including Google and Eero, are now offering mesh networking hardware, which replaces the traditional single router with several devices dotted around the home. By working together, these boxes provide a net of wireless signals, which, in theory, should eliminate all the dead zones in your home.

You’ll need to do some research first to make sure your chosen hardware will work nicely with your ISP, but if you’re starting from scratch in a new home (or want to start all over again in an old one) then a router replacement or mesh network could be the way to go. The good news is that the hardware is improving all the time, as manufacturers aim to make Wi-Fi networking as convenient and comprehensive as possible.

The other devices you need to be aware of are Wi-Fi repeaters, but we’d only suggest using these as a last resort: They simply repeat the original signal from your router, losing some speed and stability along the way. That said, they’re relatively cheap and a breeze to set up, so if high speeds aren’t an issue, you might want to consider them.

Powerline networking gear is perhaps the simplest way of getting internet access to all the rooms in your house—even if it’s not exactly the cheapest. These adapters use the electrical wiring in your home to transmit internet signals from your router to any room in the house. At the other end of the connection, you can then set up a wired or wireless connection, as required.

If you can plug an adapter into a wall, you can make use of powerline networking, and there’s no need to rip up floorboards or drill through walls. A lot of adapters now have sockets on the back too, so you don’t lose a power socket. These adapters should work in most modern homes, although there’s no guarantee. Do as much research as you can before spending hundreds of dollars on this system, or select a couple of adapters that can be returned, if necessary.

Unlike Wi-Fi repeaters, powerline adapters can usually keep speeds consistently high, and are suitable for connections where speed is important (like Smart TVs or game consoles). There are a broad range of gadgets to choose from, so you should be able to find something that works with the layout of your building. You don’t have to rely on powerline adapters entirely, either—you can use them in conjunction with some of the other solutions we’ve mentioned.