Is it possible to carry a backpack that makes walking...easier? 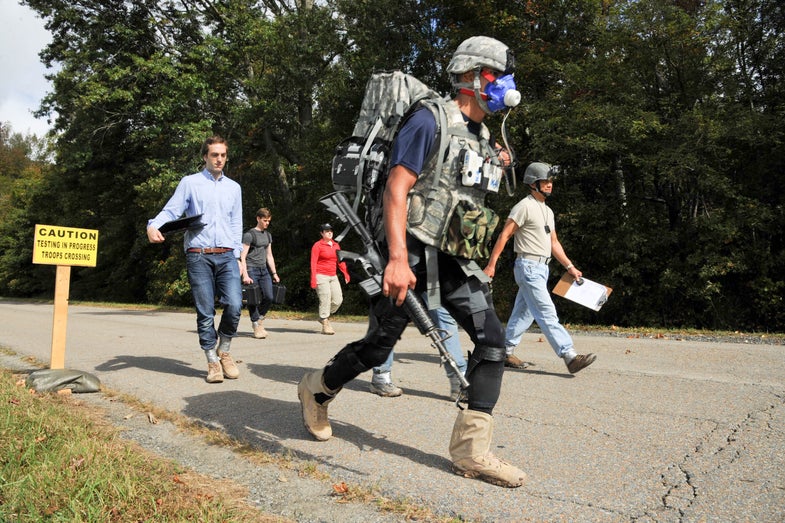 Since the dawn of time humans have donned specialized clothing for war. From ancient helmets through medieval platemail to modern camouflage, a soldier’s clothing shows evolution both in need for protection and styles of warfare. In our age of highly mechanized warfare, then, it makes sense that DARPA would put a soldier in a robotic exoskeleton. Recently, DARPA tested a load-shifting exoskeleton on soldiers at Maryland’s Aberdeen Proving Ground. It looks like a prequel to Mad Max:

Designed by Harvard’s Wyss Institute and built with funding from DARPA, the suit doesn’t look much like Iron Man’s hard body armor. Instead it is made mostly of flexible textiles with embedded sensors–think heavy-duty Spanx for war. Wired together and hooked up to a small computer, sensors in the fabric detect strain and mimic the legs’ movements, supporting muscles and joints.

Besides making it easier for the soldier to march, the exoskeleton collects data on how they walk, as well as how many calories each activity burns.

Watch a short video about it below: