The Future Of War: Soldier Enhancements

Grunts in the field will get a much-needed upgrade 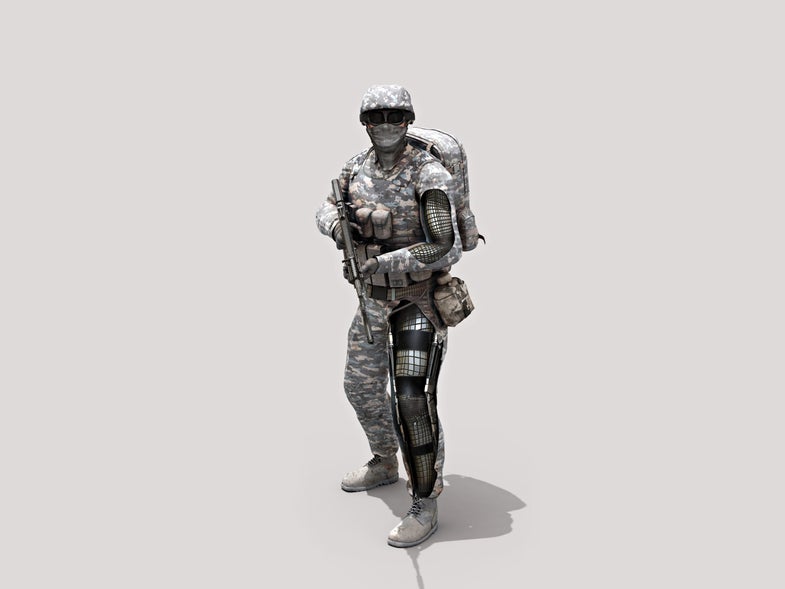 Equipment upgrades will give soldiers an advantage on the battlefield of tomorrow.

Augmented reality combat goggles—such as those being developed by Israeli Defense Forces and for the U.S. Special Operations Command’s Tactical Assault Light Operator Suit (TALOS)—will record everything a soldier sees. They will also provide an information overlay: The projected data could include navigation instructions, intelligence on enemy sites, and real-time translations of local languages.

Next-generation body armor will use layered scales, like those on a fish, for light, flexible protection. Scientists from MIT and the Technion-Israel Institute of Technology are designing a material that would fuse hard plates to a soft, pliable substance, just as actual fish scales anchor to tissue. The eventual armor could be fine-tuned to specific roles, with more scales on the chest and back, and fewer at the joints.

Exoskeletons will not resemble Iron Man’s, at least not in the near term. Instead, DARPA’s Warrior Web program is developing an exo light and agile enough to fit underneath a soldier’s clothing. Using springs and actuators at joints, the suit, which is now in tests, could help soldiers carry extra weight and boost their endurance. The goal? “A four-minute mile,” says Lt. Col. Joe Hitt, the former program manager. 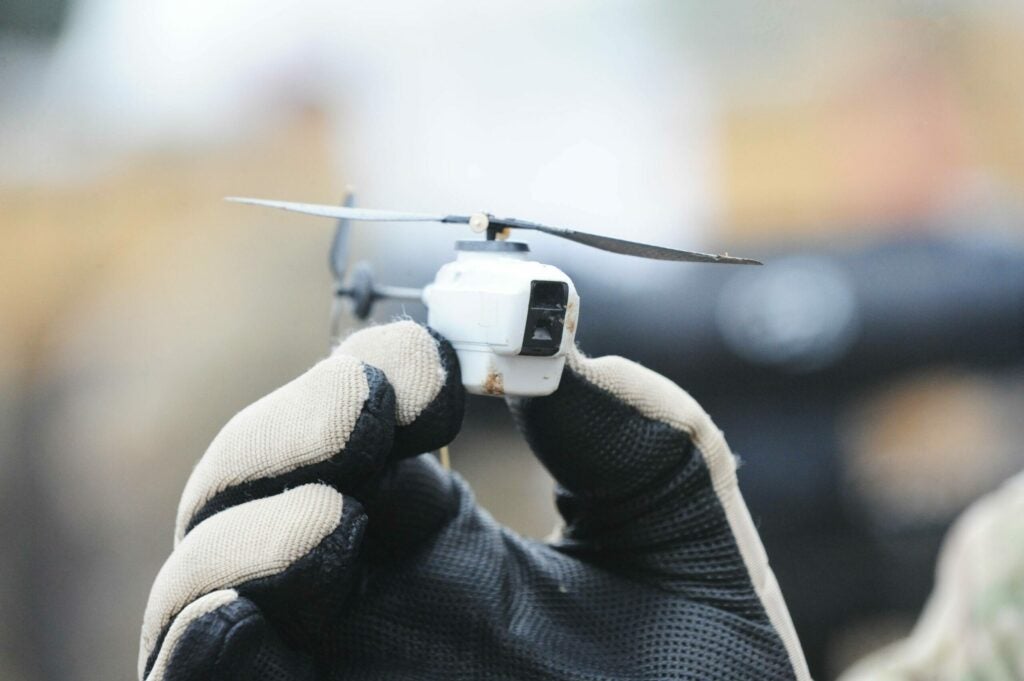 The PD-100 Black Hornet is an 18-gram “pocket drone” recently tested by the U.S. Army. Made by Prox Dynamics, the hummingbird- size craft can be carried in a pocket for fast deployment and fly about a mile, beaming back full-motion video and snapshots as it goes.

With more than 100 million made, the AK-47 accounts for one-fifth of all the world’s firearms. It’s a good bet that its replacement, the AK-12, will appear on future battlefields. Its upgrades include an optical scope mount, swappable barrels, grenade-launcher attachment, and telescopic folding stock. In burst mode, it can fire at a rate of 1,000 rounds per minute.