China’s New Exoskeletons: Not Just For Call Of Duty Or Tom Cruise Anymore

Powered exoskeletons have long been a staple of future warfare visions, seen in everything from movies like Aliens and Edge... 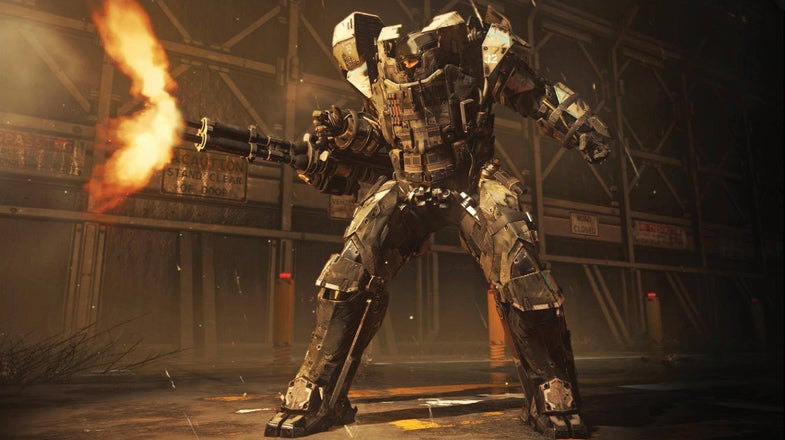 The Edge is Coming.

In the film Edge of Tomorrow, Earth’s defenders are equipped with high powered, hard hitting and fast moving power suits. Those aren’t characteristics of power armor today, but military leaders around the world certainly wouldn’t mind arriving at tomorrow.

Powered exoskeletons have long been a staple of future warfare visions, seen in everything from movies like Aliens and Edge of Tomorrow to the latest Call of Duty: Advanced Warfare video game. Their real world equivalents have been under development in a number of US programs, ranging from Raytheon/SARCOS XOS to DARPA’s current Warrior Web program. Now, China’s military researchers have debuted their own state of the art exoskeleton at Zhuhai 2014. 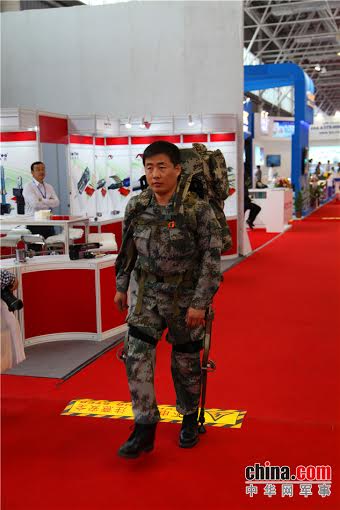 This powered exoskeleton, China’s most advanced one yet, debuted at Zhuhai 2014. 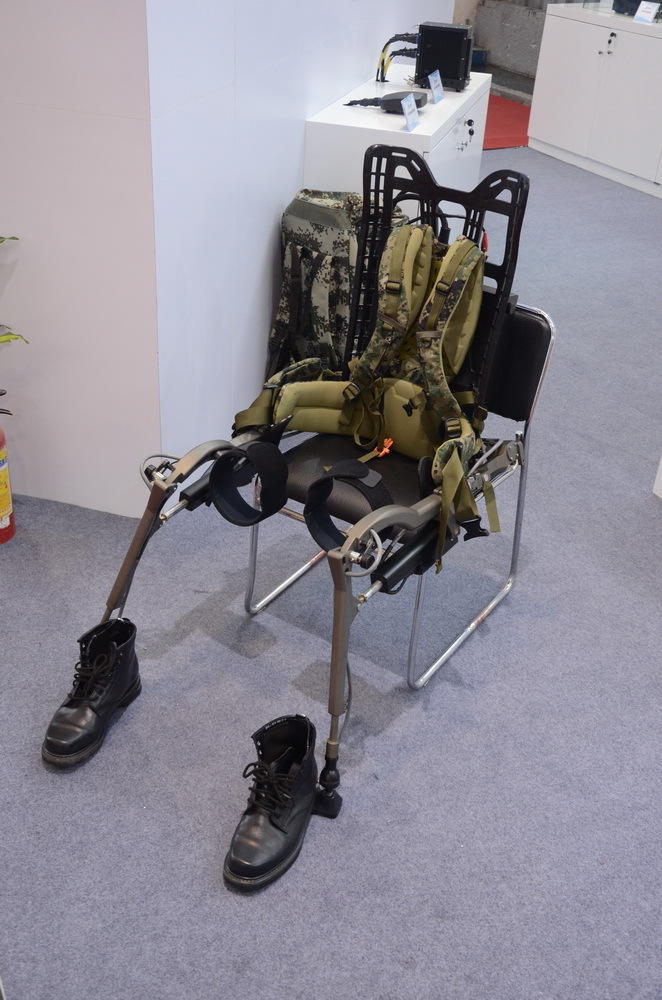 Seen here is the exoskeleton at rest on a chair. It has a robust back panel to support the battery and power drive, and apparently hydraulic mechanisms on the legs and arms.

Powered exoskeletons are designed to allow individual soldiers to carry much more weight; some exoskeletons allow an individual to carry a hundred pounds while exerting only the physical effort needed to carry twenty pounds. As they become more advanced they may provide the equivalent of powered armor suits for infantry, permitting the average rifleman to carry heavy body armor, batteries, spare supplies and ammo, personal robots, heavy weapons like anti-tank missiles, and advanced sensors and communications. 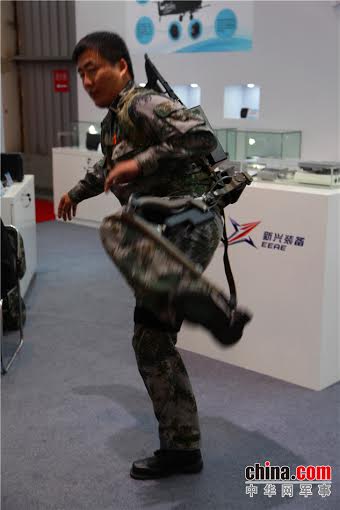 This new Chinese exoskeleton is both strong and agile enough to support its wearer engaging in high side kicking, flexibility is a key requirement for infantry power armor.

The new Chinese powered exoskeleton, built by EEAE, is very nimble, flexible enough to allow its wearer to side kick, stand on one leg and kneel. The exoskeleton’s battery is located against the wearer’s back, along with hydraulic or air pressure hoses to provide mechanical action. A CCTV report said that the EEAE exoskeleton has a coefficiency of 5:1, meaning that for 100 kilograms it carries, the physical effort exerted by the wearer would be that of carrying only 20 kilograms. The report also stated that the PLA would receive improved exoskeletons in the next few years for frontline use. 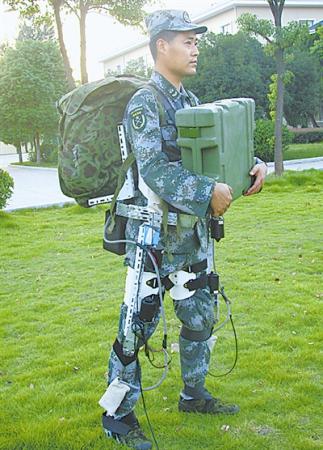 Shown here is an earlier exoskeleton, described in the People’s Daily, which was built at the Nanjing Military Region’s General Hospital. It augments its wearer to lift up to 80 pounds.

Previous Chinese powered exoskeleton designs have included one built by the Nanjing Military Region’s General Hospital, which allowed users to carry 80 pounds. Other Chinese engineers, perhaps inspired by Iron Man 3, have also built powered exoskeletons at home and college. China’s willingness to debut a powered exoskeleton at the high-profile Zhuhai show suggests that Chinese researchers are ready to showcase the results of their investments in a more official way, possibly to guarantee follow on funding from the PLA. Soon as EEAE and other Chinese manufacturers receive operational feedback from the PLA using this exoskeleton and any other platforms, they may go the way of the U.S. TALOS, in adding armor, sensors and other gear to the exoskeleton. 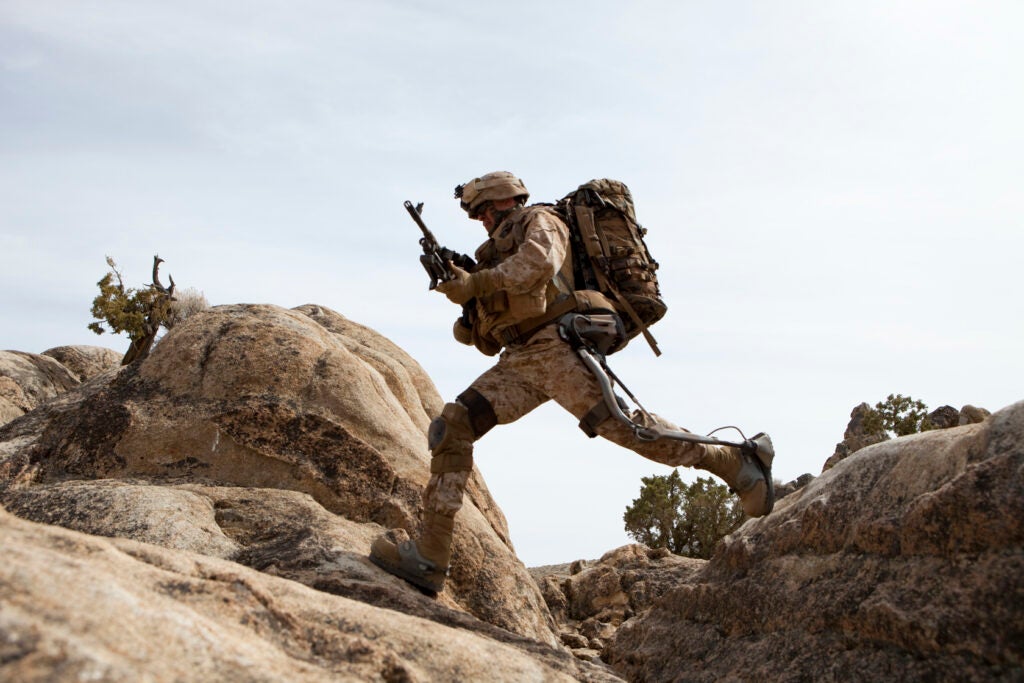 Human Universal Load Carrier, a U.S. Army powered exoskeleton developed by Lockheed Martin, can allow its user to carry up to 200 pounds on an integrated backpack. While it currently has a battery life of eight hours, Lockheed Martin hopes that future fuel cells can allow it to run for four days.

At this stage, this new exoskeleton design is most likely meant to assist soldiers in loading and carrying equipment, as well as in difficult engineering tasks. Thus, just as it is for US forces, the image of Chinese powered armored paratroopers dropping onto enemy territory with smart rifles and missiles blazing, while bullets ping off them, is still long away from reality (despite the promotional videos). But, also like the US military, China is racing to turn that seemingly science fiction scene into reality.

Thanks to Hongjian at China Defense Forum for finding these photos.