Your Full Genome Can Be Sequenced and Analyzed For Just $1,000

It used to cost $100 million just a few years ago 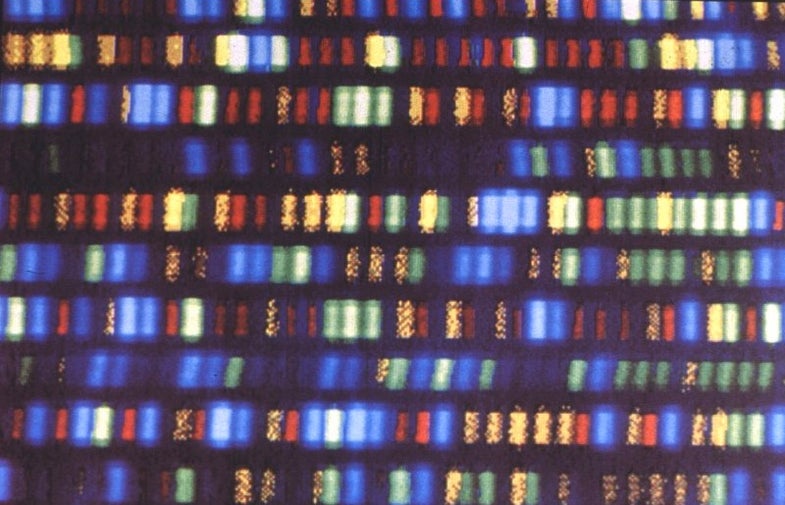 Yesterday, personal genetics company Veritas Genetics announced that it had reached a milestone: participants in its limited, but steadily expanding Personal Genetics Program can get their entire genome sequenced for just $1,000.

Relatively low-cost whole-genome sequencing has been a goal for biotech and health organizations for years. Precision medicine, the field in which treatments for diseases targeted to specific genetic mutations, has become much more feasible and popular in recent years. And despite a huge influx of research funding, scientists are having trouble detangling the knot of genetics to figure out how to treat individual diseases. People who have diabetes, for example, don’t just have a mutation in one gene—they might have 20 mutations, or even 100, that all affect one another, and can vary between individual backgrounds, ages, and lifestyles.

So even though researchers know that genes play a role in most diseases, they’ve been able to parse out the genetics behind only a handful of those conditions. And without that understanding, they can’t start crafting treatments to address them.

Veritas isn’t the first company to claim that it has reached the $1,000 milestone. Where Veritas differs, according to a press release, is that it can also offer interpretation of whole-genome sequencing, “which is the key to applying genetic information into decisions about disease monitoring, prevention, nutrition, exercise, and more,” according to the press release.

But the main issue with the other companies is that their technology just wasn’t fast enough to decode so much genetic information in a financially viable timeframe. The Veritas announcement doesn’t go into any details about the technology behind the $1,000 sequencing, so it’s impossible to know how it differs. However, Veritas is stacked with some of the biggest names in genetics research, including synthetic biologist George Church, so the company’s technology may be powerful enough to make good on its cheap price tag.

Patients interested in enrolling in Veritas’ Personal Genome Project can do so on the company’s web site.