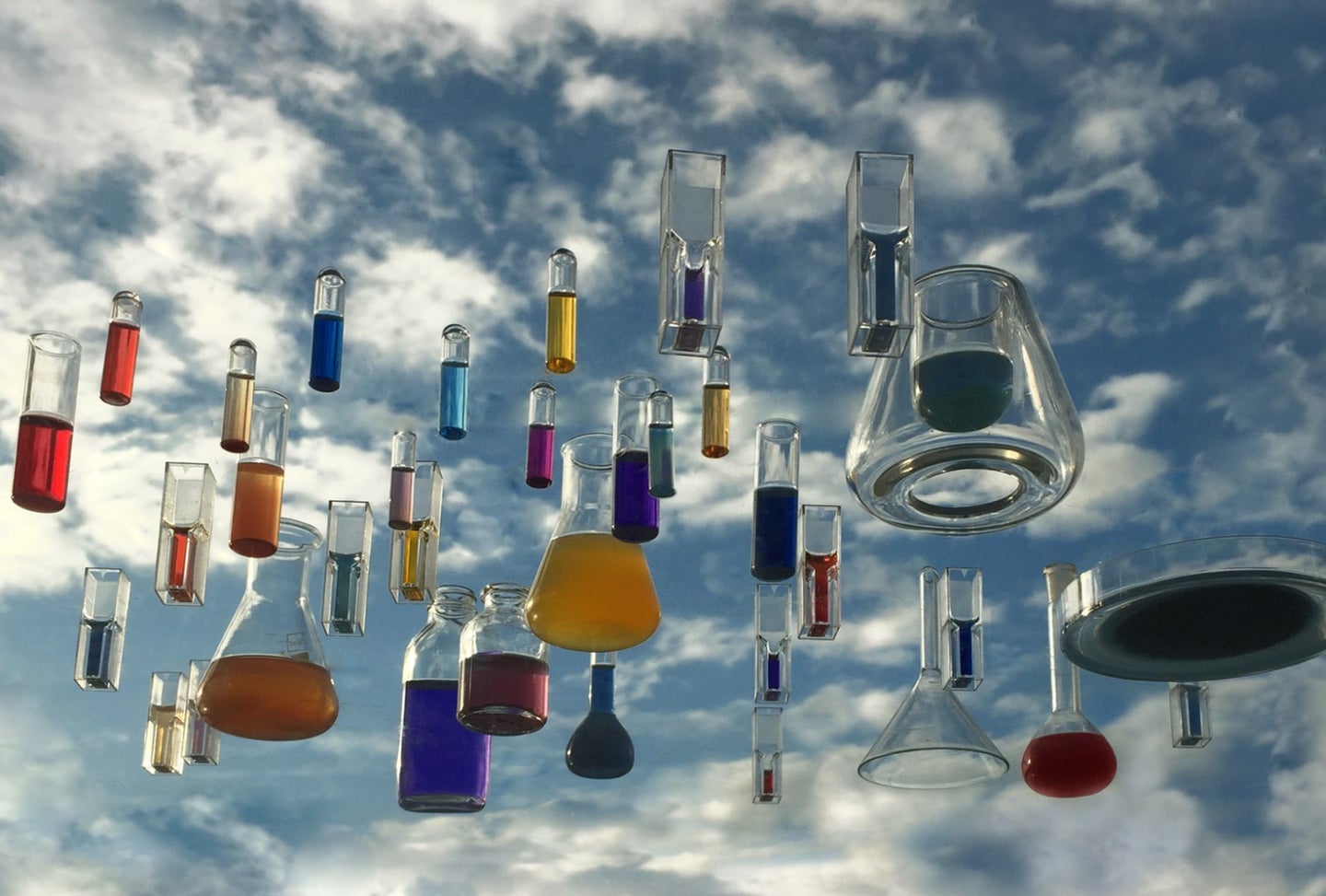 Throughout the fall of 2012, Marie-Sarah Adenis and Thomas Landrain toiled in La Paillasse biohacker space and their apartment on the outskirts Paris, trying to coax bacteria to bleed blue. They scoured more than 200 research papers and spent days growing colonies in their home incubator.

Shortly before Christmas, they settled on a Streptomyces soil bacteria originally discovered in 1908 on a potato plug that has become famous for its antibiotic properties. The bacteria also produces a beautiful, deep blue. Before long, Adenis, a designer, and Landrain, a biologist, had siphoned off their first drop of bacterial ink.

The ink, they hope, will one day replace chemical inks and dyes, which are notoriously toxic and release byproducts like heavy metals and volatile organic compounds into the environment. “We realized that almost all of the colors—around 99 percent—come from petrochemicals,” Adenis says. “They’re polluting and difficult to recycle.”

Each year, the dye and ink industries produce 52 million tons of carbon dioxide, according to the European Chemical Industry Council. Adenis estimates that her bacteria would emit none of the toxins and 10 times less carbon dioxide.

Six months ago, Adenis, Landrain and friend Jérémie Blache, founded a startup to bring their ink to market. They called the company Pili after the hair-like appendages that bacteria use to move and connect with each other. Since their first discovery, they’ve added four new colors—violet, red, orange, and yellow.

The Pili team is not alone in looking for microbial alternatives to chemical inks and dyes. Scientists at University of California, Berkeley have bioengineered Escherichia coli to make more sustainable indigo for jeans, and Berlin based design firm Blond & Bieber created algae dyes that change color as they’re worn.

Meanwhile, this January Scott Fulbright and Steve Albers of Living Ink Technologies raised $60,000 on Kickstarter to make pens with time-lapse algae ink. The origin of the company is saccharine sweet. On a summer day in 2013, Fulbright was working in his Ph.D. lab at Colorado State University, studying algae as a source of biofuels, when he remembered he needed to buy his Grandma Elle a birthday card. After searching, he bought a $12 card that didn’t satisfy him. “”With $12, I thought, I could make a better card on my own,” he says.

Fulbright teamed up with Albers, another biologist, to make a marker that writes with living algae. Their invention takes advantage of the fact that algae cells replicate quickly. Any message written with the pen appears invisible at first because it contains only a few algae cells. However, as the algae grows over the following days, the message comes to life. The result creates a neat time-lapse effect. Now, the duo is developing ink with nonliving algae cells that appears immediately instead of needing time to develop.

The team at Living Ink and Pili share a common goal. “It would be really cool if we could beat the petrochemical industry. At the same time, I think we should explore what nature gives us,” says Adenis.