It may even replace DNA sequencing in forensic investigations 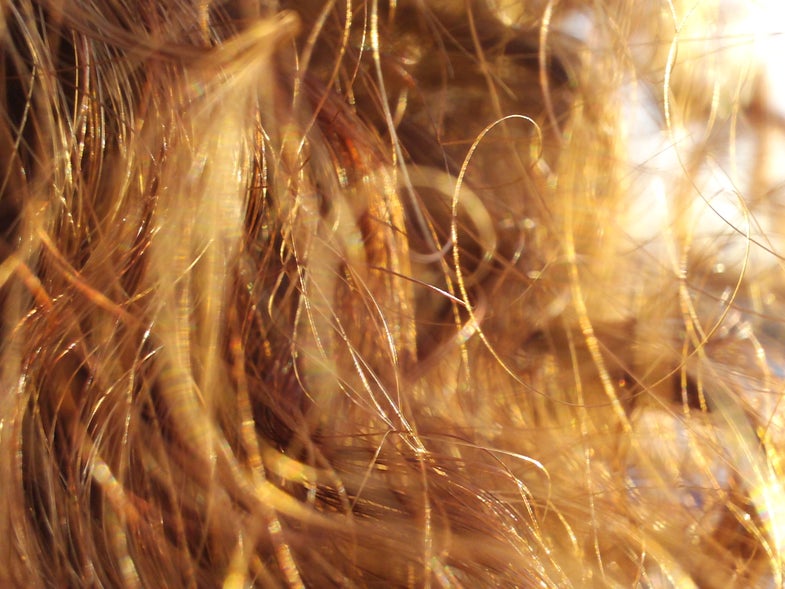 If you’ve watched enough reruns of shows like CSI, Bones, and Law and Order, you probably know by now that when forensic specialists find DNA evidence, the suspect is often identified within the next couple of minutes—as soon as the team sticks the results of DNA analysis into a computer program. Although the real life process isn’t quite as speedy, DNA certainly has been the highest bar for identification in forensics. But when it comes to hair samples of missing persons or those found at crime scenes, sequencing the proteins in those locks may work better than DNA.

In a study published in the journal PLOS One on September 7, researchers at Lawrence Livermore National Laboratory in California demonstrated a method of extracting genetic information from proteins found in hair that is remarkably reliable. “Currently forensic science is very dependent on DNA,” says primary author Glendon Parker, a biochemist at Livermore. “But analyzing proteins can add information that can help make a case stronger.”

At present, the problem that forensic scientists face is that DNA breaks down pretty quickly when it’s not inside living cells. And as hair grows, the cells that make up the hair shaft die off because they get stretched and move further away from their supply of nutrients. The only DNA that can survive inside hair is hidden away in mitochondria, and it doesn’t contain all the information that DNA from the cell’s nucleus would have.

Because the minuscule amount of mitochondrial DNA in hair isn’t usually enough for identification, scientists have to resort to analyzing the hair more generally under a microscope. They can look at the color and the specific physical characteristics of hair to judge whether a sample from a crime scene matches one from a suspect. But experts disagree on whether such analysis is truly objective, and last year the FBI admitted they had been overestimating examiners’ ability to match forensic hair samples for decades.

“Because of the known difficulty in getting reliable information from hair morphology and the difficulty in extracting DNA from it, very often hair that comes in as evidence doesn’t get looked at at all,” says George Sensabaugh, a professor of biomedical and forensic sciences at the University of California, Berkeley, who wasn’t involved in the research.

Proteins, on the other hand, are more stable than DNA and are also more abundant in hair. Mutations in DNA get translated to proteins and sometimes they can even change the protein structure by swapping out one amino acid for another. “We’re looking for those changes in protein structure and by doing that we can infer what was in the original DNA,” says Deon Anex, a chemist at Livermore and co-author of the paper. In other words, even when DNA is absent or is degraded by light, heat or other environmental factors, benign variations in the proteins found in hair can be used to identify individuals.

Anex and his team analyzed hair from 76 men and women, who were mostly of European descent, as well as six sets of skeletal remains from the 1700s and 1800s. They found 185 distinct patterns of amino acids, called markers, that allowed them to trace the individuals’ genetic identities. They also compared their protein identification method to known DNA samples from the individuals’ blood and were able to correctly identify the person who shed the hair 98.3 percent of the time. The chance of getting a false positive from the protein analysis was just 1.98 percent.

Overall, the protein analysis consistently provided a power of discrimination of 1 in 100,000, which means that only 1 other individual in 100,000 may share the same protein structure change, says Anex. Mitochondrial DNA from hair, however, only provides that kind of specificity in 1 out of every 10,000 people, he says, which means the new technique could be a step toward reforming the deficiencies in current forensic science methods.

The team has already started expanding their research to include more diverse groups of people and proteins from other tissues, such as bones, teeth and skin. Their goal is to make identification even more precise so that proteins can one day be used to uniquely identify individuals in a court of law, just like DNA.