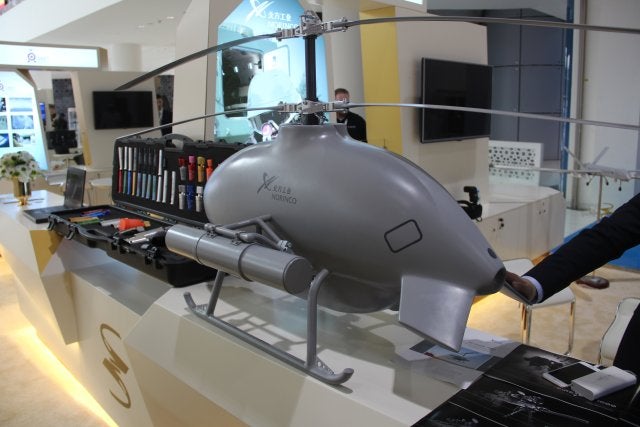 The Sky Saker H300, seen here in Dubai, is China's first helicopter UCAV. Being cheaper and easier to use then larger UCAVs like the Reaper and CH-4, it could become a battalion and company level UCAV for on demand air strikes. Army Recognition
SHARE 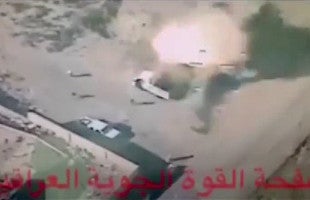 One Small Step for a Drone

An anti-tank missile fires by an Iraqi CH-4 drone destroys an ISIS artillery piece, seen in footage captured by the drone’s onboard, retractable sensor turret.

China’s armed CH-3 and CH-4 drones have recently made international news, being used by nations that range from Iraq to Nigeria. And now NORINCO, one of China’s leading defense contractors, is getting in on the international drone export game, showing off a new armed drone helicopter.

The Sky Saker H300, seen here in Dubai, is China’s first helicopter UCAV. Being cheaper and easier to use then larger UCAVs like the Reaper and CH-4, it could become a battalion and company level UCAV for on demand air strikes.

Unveiled at the International Exhibition of National Security and Resilience in Dubai, NORINCO’s Sky Saker is a coaxial rotor, 100-200kg helicopter UCAV. The Sky Saker H300’s cameras include electro-optical and infrared systems, along with laser target designators. In addition to surveillance and fire control, the Sky Saker H300 can provide midcourse corrections for guided munitions launched by other platforms, such as cruise missiles from H-6K bombers or shells fired from PLZ-05 howitzers. The Sky Saker H300’s ground control station is likely to be networked to a wider array of Chinese military systems for integrated fire effect, which would make it not only a valuable asset for counterinsurgency and urban combat, but also for wider missions like hunting enemy small ships (such as the Taiwanese Tuo stealth boat) or electronic warfare vehicles. 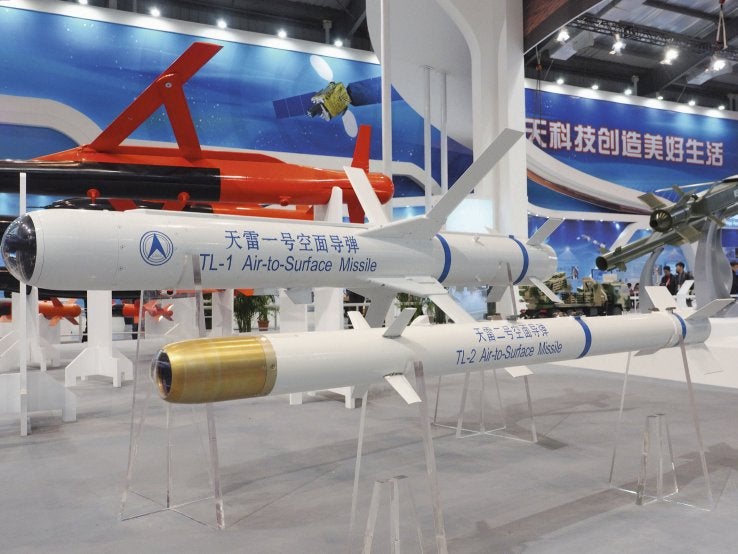 NORINCO offers this 16 kg, 6km range TL-2 guided missile for use on small UAVs, such as the Sky Saker 300. Small attack missiles, like the TL-2 and Northrup Grumman Viper Strike, will arm small tactical level UAVs to provide company and battalion units with their own organic air attack assets.

The Sky Saker has two missile launch tubes mounted on the fuselage sides; given that those missiles are “fire and forget”, they are likely a version of the HJ-10 anti-tank missiles, which already arms the Z-10 attack helicopters, or even smaller 16kg TL-2 missiles. 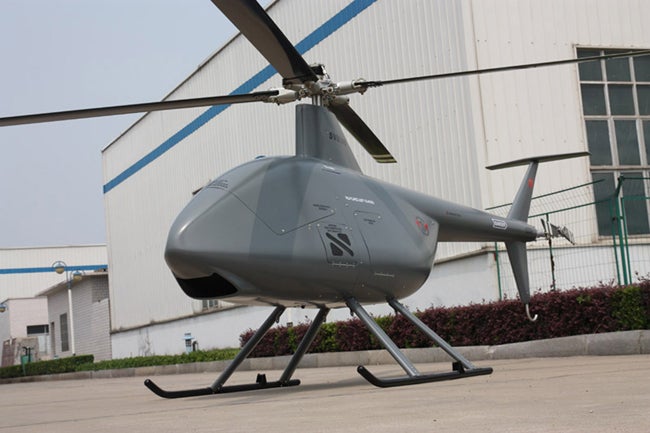 This Ewatt Technology SVU-200 robot helicopter (designed by the American Fetters Aerospace) can carry 200 kg of payload while traveling at 209km per hour in the sky. What’s even more amazing is that it was displayed in Washington DC during a 2013 drone exhibition. Along with other Chinese drone helicopters such as the NORINCO Sharp Eyes III, they’ll become the flexible eyes (and striking fist) of small military units.

Just as Chinese conventional drones like the CH-4 have already made their mark in Middle Eastern conflict, the H-300 could soon see even more export and combat opportunities. Smaller, cheaper and with vertical take off capabilities that make it ideal for operating in urban and austere environments like jungles, this little robot helicopter would herald a new phase in the proliferation of armed robots.

Did A Chinese Made Drone Just Crash in Nigeria?