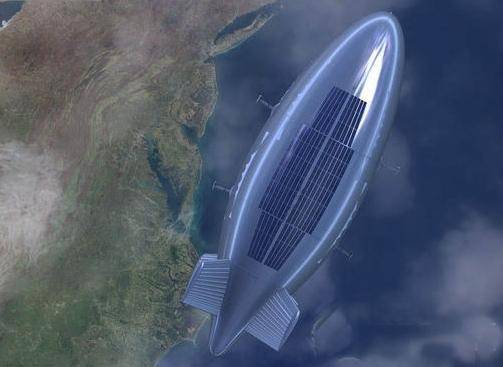 This concept art shows China's 18,000 cubic meter Yuanmeng airship 20km above the ground (and for some reason, off the coast of the Mid Atlantic U.S.). One of the highest flying airships, the Yuanmeng can provide wide area surveillance and communications capability. cannews.com
SHARE

On October 13, 2015, China started the 24 hour test flight of its largest airship yet in Xilinhot, Inner Mongolia. The Yuanmeng has a volume of 18,000 cubic meters, a length of 75 meters and a height of 22 meters. It will fly to 20,000 meters to test its control systems and near-space flight performance. With solar panels installed on its top, the Yuanmeng will be one of the largest solar-powered airships in existence. Using solar power to drive its rotors will save additional weight in order to increase payload, and gives it a total flight endurance of six months. The Yuanmeng’s 5- to 7-ton payload of data relays, datalinks, cameras and other sensors would also be powered by the sun. 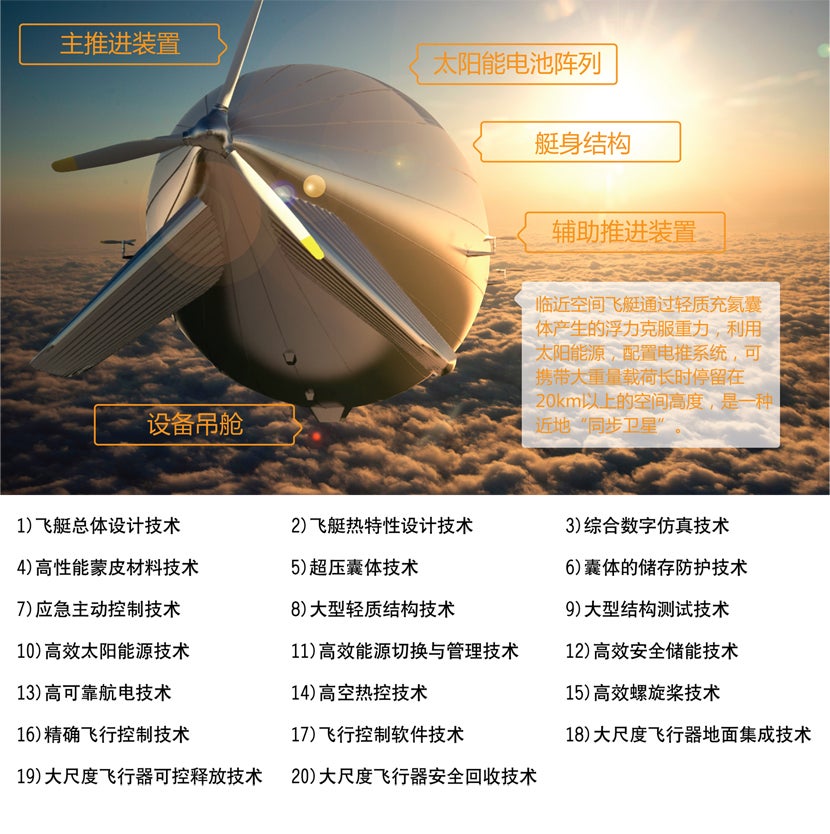 This poster from Yuanmeng’s manufacturer brags about its capability to fly at over 20km altitude, as well as sensor and communications capabilities. This airship is almost entirely powered by solar panels on its topside.

Like its smaller American counterpart, the JLENS (currently parked outside Washington DC), the Yuanmeng can use its sensors and high altitude to detect threats such as stealth aircraft, cruise missiles, missile launchers, and warships from several hundred miles away. But the Yuanmeng has other advantages over the JLENS. While the JLENS is an aerostat, anchored to one location by a 3,000m long tether, the Yuanmeng can freely move about and be redeployed. Its high flight altitude also gives the Yuanmeng’s sensors superior situational awareness, and the ability to act as a communications rely to Chinese aircraft and drones in the event of a loss in satellite communications. 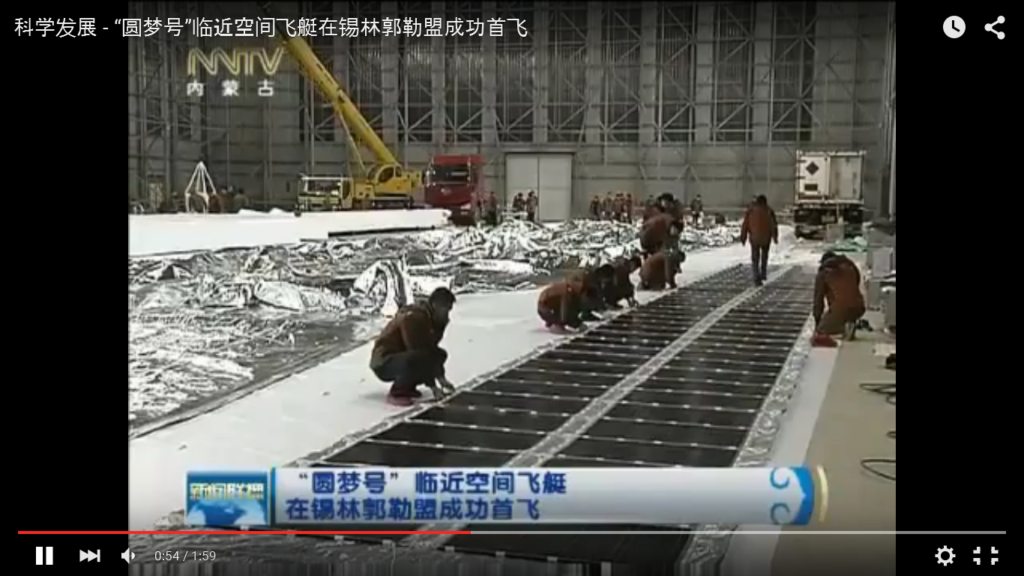 By the Power of the Sun

Solar panels lie on the hangar floor, ready to be attached to the Yuanmeng once it’s fully inflated.

Yu Quan, a scientist of the Chinese Academy of Engineering, notes that airships are ideal for long duration flights in near space (the atmosphere between 20km to 100km altitude), though thermal expansion from day and night temperature differentials are a design issue. Operating higher in near space means that the Yuanmeng would have constant line of sight over a hundred thousand square miles–an important requirement for radar and imaging. Increased sensor coverage means increased warning time against stealthy threats such as cruise missiles, giving Chinese forces a greater opportunity to detect and shoot down such threats. It would also be harder for fighters and surface-to-air missiles to attack near space objects. 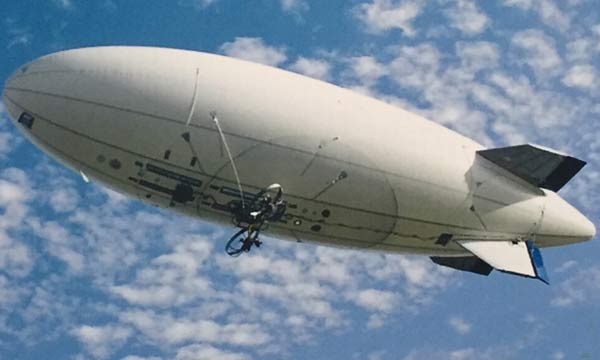 This airship, apparently a Golden Eagle, is a predecessor to the Yuanweng. China has conducted low level research into airships since the 1960s.

China Flies Its Largest Drone Ever: the Divine Eagle