Will they tackle the Hyperloop next? 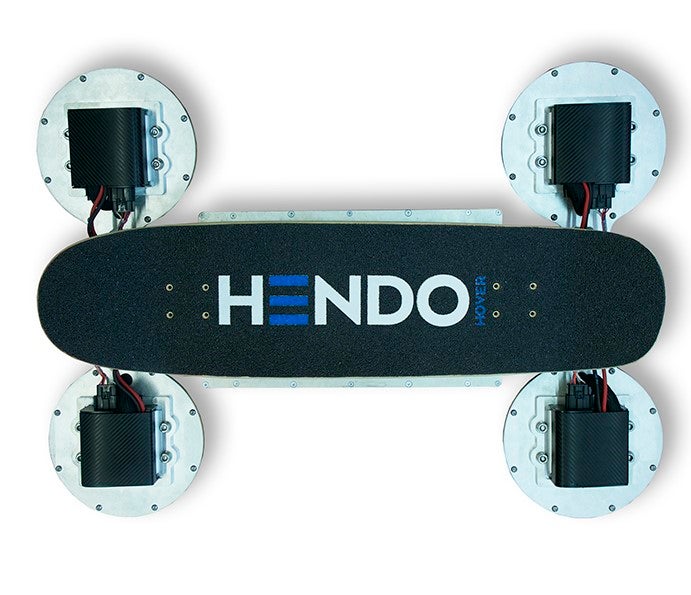 Most hoverboards aren’t. The popular hands-free motorized scooters are bound to the ground with wheels. Others use fans to create giant flying boxes, more like “drones that people ride” than hoverboards.

Hoverboard makers Hendo have a better claim: their clumsy, boxy craft float suspended above the ground, thanks to the principles of magnetic levitation. Yet most of their boards are big, clunky boxes, less boards than giant clunky platforms. Their latest iteration, inspired by Tony Hawk, still looks a little weird, but it’s definitely a board that hovers:

It’s not as slick as the Back To The Future props, nor is it as smooth as the hoverboard built by Lexus. But the Lexus hoverboard only had to travel on specific route above a rail in a deceptively built skate park. Hendo’s hoverboard also only works above a special surface, yet it’s made to play freely in that arena, rather than imitating the steady narrow routes of its maglev train inspiration.

Like magnetic levitation trains, Hendo’s platform uses the repulsive force of two magnets to float, free from the friction of the ground.

One of the end goals for Hendo is still a board-shaped board. In the meantime, they’re happy to explore other possibilities with their hovering tech. Possibilities mentioned in an interview with the Associated Press include theme park rides, moving things in factories, and even as a way to propel objects in a transportation system, like Elon Musk’s proposed superfast hyperloop.