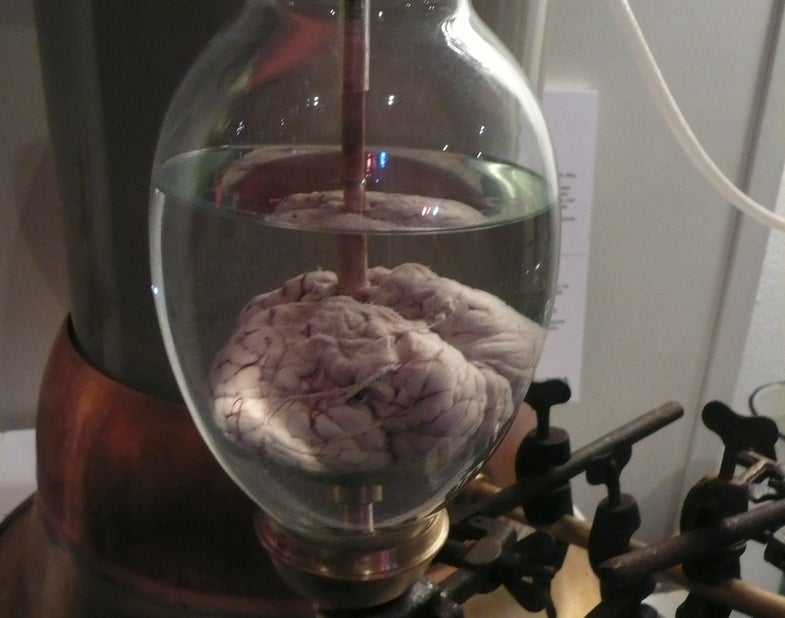 On Monday, while most of us were groggily returning to work from a second long weekend in a row, the Intelligence Advanced Research Projects Activity (IARPA) was looking for brains. Specifically, robot brains. Their “Request for Information for Neurally Inspired Computing Principles,” posted online at FedBizOpps, asks computer scientists and neuroscientists to answer at least one of four questions about learning, memory, timing, and coordination. The goal: anticipate next-generation computers.

IARPA is the far-future research projects arm of America’s intelligence agencies, much like DARPA is for the Pentagon. The immediate applications of the tech aren’t always clear, so the agencies try and fund a bunch of blue-sky research to figure out where the technology is going to go. For example, here’s one of the four questions IARPA is asking people to answer:

Looking at both brains and computers is a pretty good way to anticipate the future, and IARPA’s hardly the first to do it. Previous research in neural networks for machines have found that, in learning new skills, machines experience “catastrophic forgetting,” in which robots can’t learn more than one skill at a time without un-learning another.”

Figuring out a way for machines to learn without unlearning seems like a pretty big bet for the future. It’s definitely one that America’s intelligence agencies want to have on hand and understand first. IARPA is accepting responses to their request for information until January 29th.