Nanoparticle-Coated Textiles Clean Themselves With Sunlight

A new spin on washing on the "light cycle" 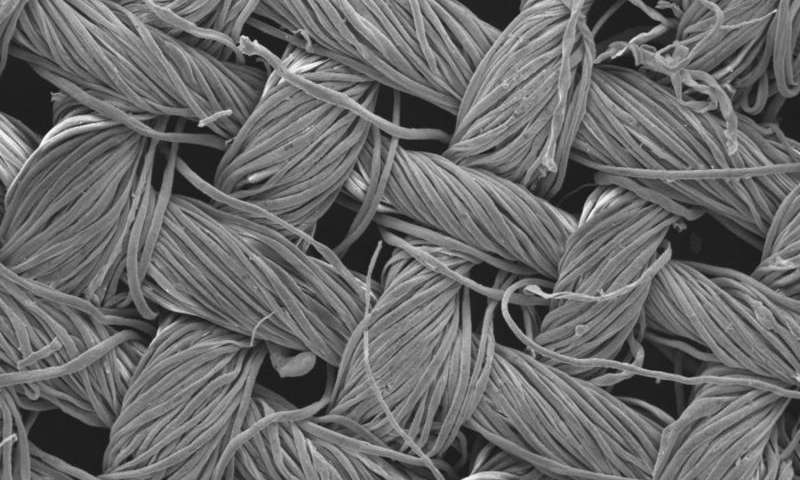 Washing a garment after just one of two wears is a drag, and it uses a lot of water. Laundering clothes accounts for 22 percent of the water used in a typical residential home. So over the past few years scientists have been looking for a way to make clothes that wash themselves, especially by coating the fabric with nanoparticles. These coated fabrics could also be used in industrial processes to separate oil and water, to detect the presence of different, important, or dangerous gases, or even to ward off bacteria in hospital garments. Now researchers from RMIT University in Melbourne, Australia have created a nanoparticle coating that quickly eliminates dirt or stains when exposed to visible light. A study of the researchers’ work is published today in an issue of Advanced Materials Interfaces.

The researchers decided to test two different nanomaterials: one of copper and another of silver. When they’re exposed to visible light, these materials absorb it, releasing “hot electrons” that then destroy organic molecules that make up stains or smelly compounds.

The researchers coated the cotton fibers by dipping them in a few different solutions—first, an acidic solution of tin chloride to sensitize it, then a palladium salt solution to give it a layer of palladium. The silver or copper molecules in the third solution stick onto the palladium molecules. Within six minutes, 12 milligrams of copper and silver stuck onto a piece of fabric that was four square centimeters in the researchers’ experiment. The copper made the fabric look a bit reddish, the silver made it look brownish-black, the study authors write. When the scientists deposited some organic molecules on the fabric, the copper coating performed much better in the dark, eliminating the organic molecules in five minutes (the silver coating took 45 minutes). Under visible light, the copper-coated fabric finished its reaction in three minutes, the silver in 30. But after exposing the material to organic compounds 15 times, the silver coated fabric performed better. 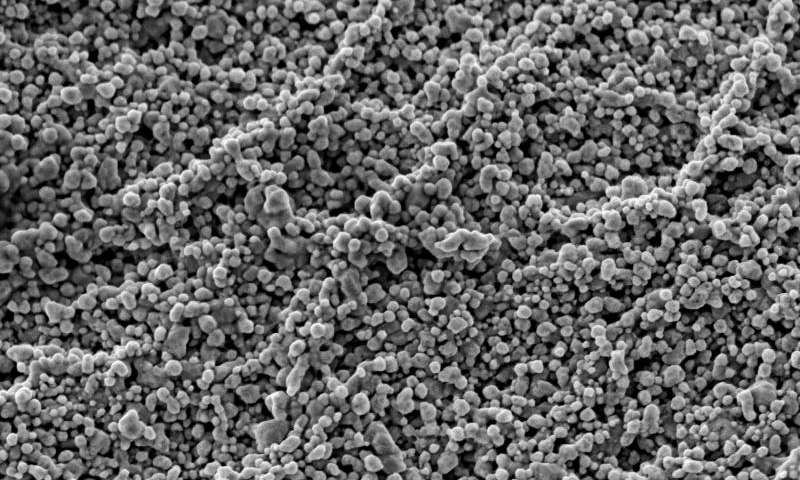 Nanoparticles are invisible to the naked eye, but they can still get rid of organic molecules. This image was magnified 150,000 times.

In previous experiments scientists have used metal and silica nanoparticles to create self-cleaning textiles, but the fabric in this experiment cleaned more quickly than in other projects that used metals, and was more breathable than silica-coated fabrics.

The researchers aren’t telling consumers to throw out their washing machines quite yet. In future experiments, the researchers plan to test the coating with organic molecules that are more likely to end up on clothes in the real world, such as food and sweat.