What Were The U.S. Boats That Iran Captured? 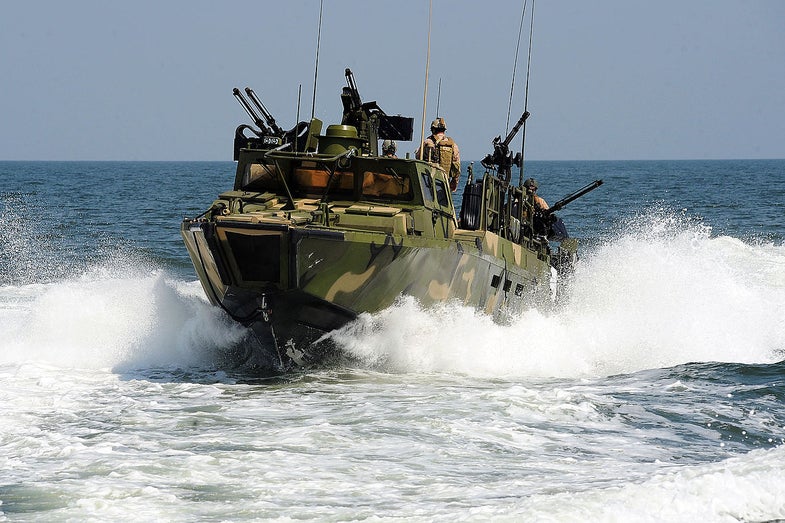 On Tuesday afternoon, at about 4 p.m. Eastern, the American public first learned that Iran was holding 10 American sailors and two small, riverine boats. In the immediate hours after the incident, the pundit classes inside the beltway (author included) exploded Twitter into a hyperbolic mess, as it tends to do, while Tehran, eight and a half hours ahead, mostly slept.

The sailors were on a couple of Riverine Command Boats, first introduced into the United States Navy in 2007. Unlike the Navy’s ocean-going “blue-water” vessels, these are much smaller boats built for “brown water,” or rivers and waters close to coast. For reference, they’re similar in concept to the Swift Boats used by the United States in Vietnam and popularized in the film Apocalypse Now. While Iraq is no Vietnam in terms of water, it still has over 3000 miles of sometimes-navigable rivers.

They’re similar in concept to the Swift Boats used by the United States in Vietnam and popularized in the film Apocalypse Now’.

During the Iraq war, Naval riverine units patrolled the waters of Basra in southern Iraq, often in lighter craft. The squads proved their worth in the war, and after drawing down forces in 2010, the Navy decided to keep maintaining riverine troops and vessels.

The actual boats are 49 feet long, 12 feet wide, and have a top speed of almost 50 mph. They have a range of almost 370 miles. They also include six mounts for weapons: one of them remotely controlled, one controlled from the boats’ cockpit, and the others operated by crew. These are for smaller weapons — think machine guns and grenade launchers, not anti-ship cannons.

In 2007, when the Navy first ordered them, they cost about $860,000 apiece. Most remarkably, while it only needs a crew of four to operate, the vessel has room for 22 people total, making it an ideal way to transport marines or other units upstream and into unexpected shores.

Nothing about the Swedish-designed boats screams sensitive technology, though it’s technically possible something important was on board. In terms of technology loss, this makes it much less of a disaster when an American spyplane was captured and picked apart for study by China after a collision with a Chinese jet fighter in 2001.