Type 001A is the PLAN’s first aircraft carrier built in China. 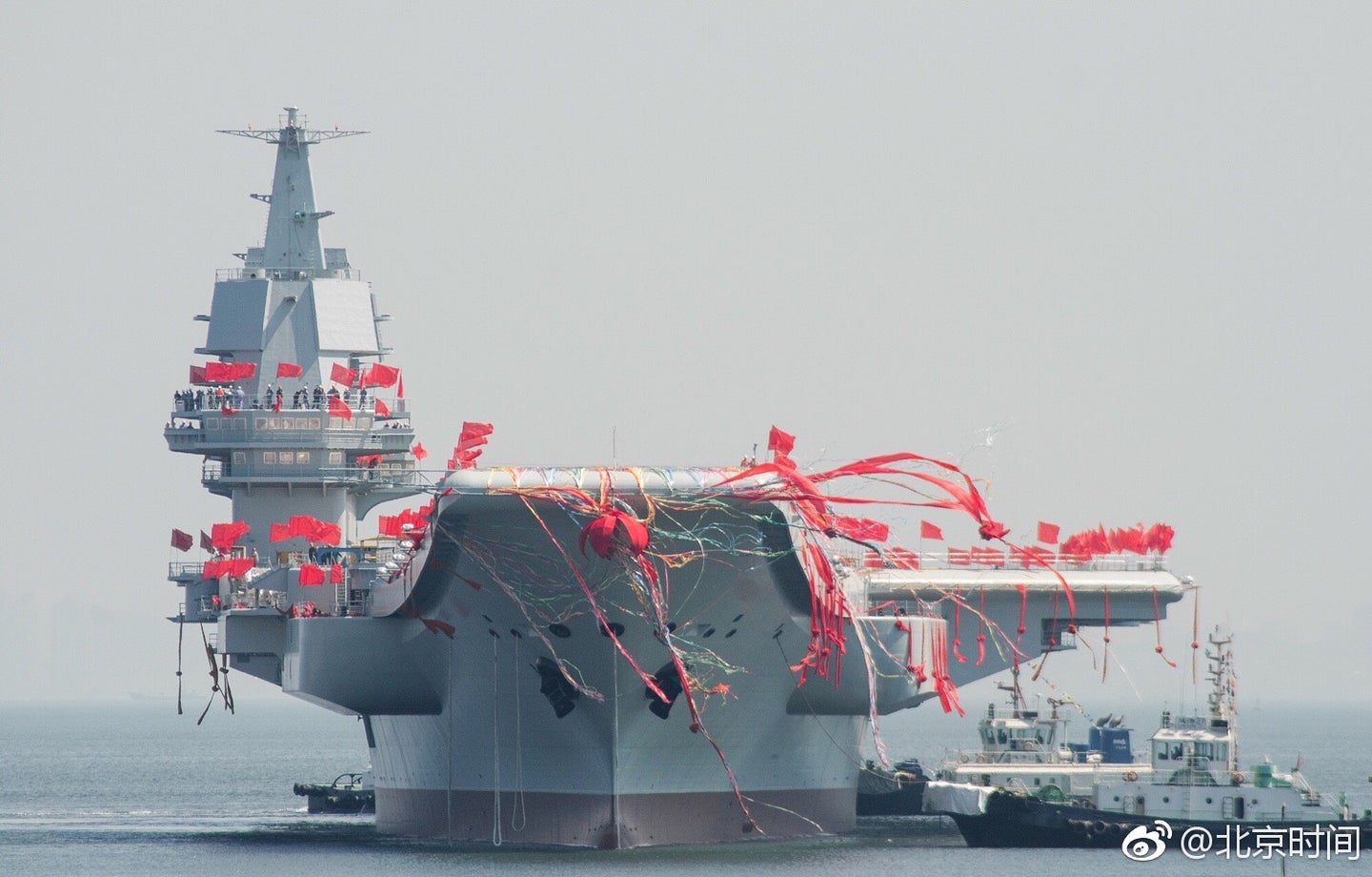 After some four years of construction, China has unleashed its first domestically built aircraft carrier. The Type 001A, whose name is speculated to be Shangdong, launched on April 26 at 10:30 a.m. at the Dalian Shipyard in Liaoning Province. It will likely not enter service until 2019 or 2020. 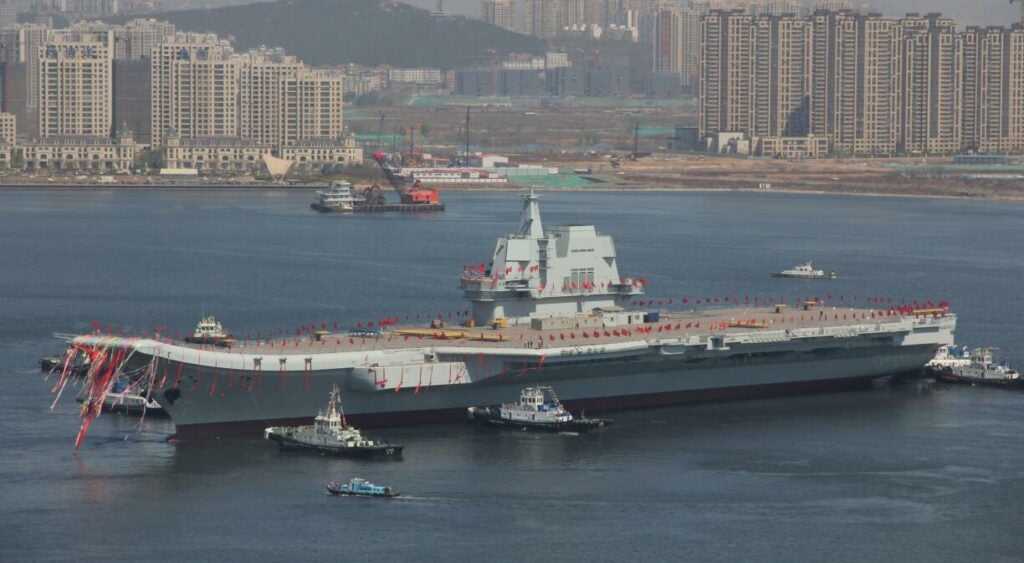 Out on the Water

The Type 001A aircraft carrier, maneuvered to pierside by tugboats, will be fitted for the next or so with electronics and self defense systems, before being commissioned, followed by embarking an air group, to get up to speed in order to enter service.

While the 70,000-ton Type 001A is based heavily on the Soviet-designed Liaoning, it features improvements like a modernized island structure with newer AESA radars, and it will carry about 24-30 J-15 fighters (a handful more than the Liaoning) and up to 16 helicopters for search and rescue, airborne early warning, anti-submarine warfare, and transportation missions. Internal improvements could include increased maintenance and storage facilities for fuel and ammunition. Once in service, the Type 001A would both increase the number of carrier qualified pilots, and double its carrier aviation striking power. 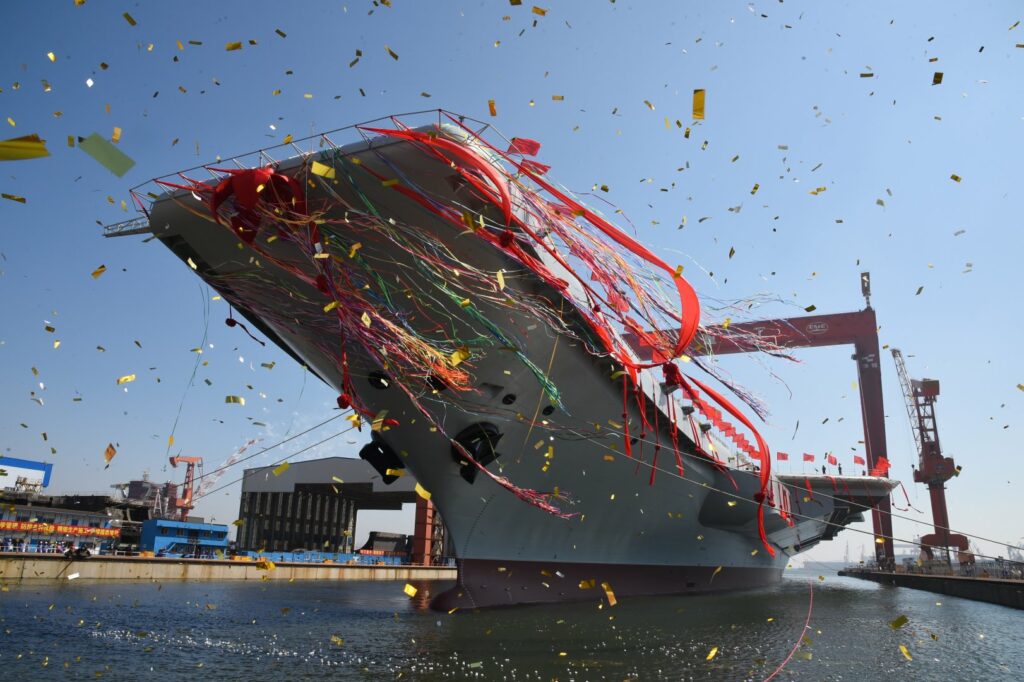 To better understand the import of this development, consider that the country’s top naval brass, including Central Military Commision Vice Chairman Fan Changlong, was at the ceremony, as well as a large crowd of civilian spectators. The Type 001A carrier hit the water complete with the obligatory shower of confetti, bunting, and giant balloons.

Perhaps more than any other warship, China’s aircraft carriers are representative of its modernization and upcoming superpower status. The Type 001A almost certainly won’t be the last Chinese aircraft carrier; state media has cited naval officers stating that China will ultimately need five more. The Type 002 carrier, currently undergoing modular assembly, will have either electromagnetic or steam-powered catapults; those catapults will allow it to launch heavier fixed wing aircraft, such as J-15 fighters with heavier combat loads, and long range ASW and AEW aircraft to enhance its combat power. The Type 003 will follow in the late 2020s, which will be a nuclear powered 90,000-100,000 super carrier. The Type 003, of which up to four could be built, will be the most powerful non-American aircraft carriers in the world.